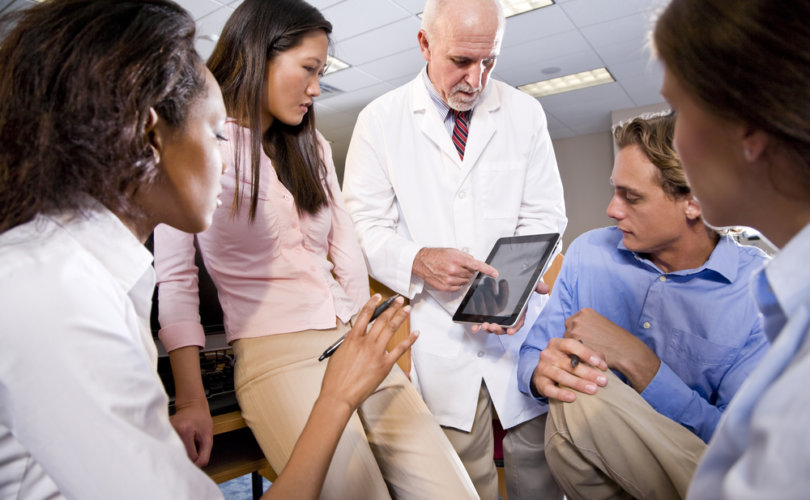 April 27, 2016 (LifeSiteNews) – Reports that some of Canada’s medical schools are already preparing training for students to deal with euthanasia is causing concerns with the nation’s ethical watchdogs that med-school training would be used to normalize what has been billed as a rare practice.

According to Dr. Genevieve Moineau, president and CEO of the Association of Faculties of Medicine of Canada, some of Canada’s 17 university-based medical schools have already begun considering how to accommodate their curriculums to the legalization of assisted suicide and euthanasia.

Others, she told the Toronto Star, are “waiting to see what the law of the land will be and how it is interpreted province to province.”

Though the Supreme Court of Canada threw out the part of the Criminal Code treating PAD as a homicide early in 2015, it delayed the decision’s coming into force for a year, and then extended that until June 6, to give Canadian and provincial legislators time to make new laws to regulate it.

But only this month has the Canadian government tabled its proposed euthanasia law, which is yet to be debated in either the House of Commons or the Senate. “The next step, once we know what the rules are,” Moineau said, “is how to train physicians to be able to follow the rules.”

Sean Murphy, director of the Conscience Project, which defends the rights of medical personnel to refuse to do procedures such as abortion and euthanasia, is concerned that medical schools will restrict entry—at least for certain specialties—to those willing to perform euthanasia or assist with suicides. “What if they screen out or flunk those without the politically correct view of euthanasia?”

Murphy told LifeSiteNews he believed that little was required of doctors at a technical level beyond the ability to find the right veins to inject the poison intravenously. But some medical students would have moral reservations, he said, about even attending a euthanasia procedure. “They believe it would make them complicit.”

Alex Schadenberg, executive director of the London, Ontario-based Euthanasia Prevention Coalition, is also concerned that “medical students could be forced to participate” in euthanasia procedures as part of the standard training for family practice, psychiatry, or oncology. “Seventy-five per cent of those requesting euthanasia are cancer patients,” he said.

Schadenberg wants disability counselling to be included. Patients who suffer sudden disability because of an accident, for example, sometimes consider suicide at that point.

“Do they actually want to die or are they reacting out of fear?” asked Schadenberg. Doctors should be trained not only to explain euthanasia, but also the possibility of a fulfilling life with disability and of recovery. That’s why Schadenberg wants the disability community involved in training doctors.

Moira McQueen, director of the Canadian Catholic Bioethics Institute in Toronto, reacted to the news from the medical school committee by tweeting “Such haste!!!” She told LifeSiteNews she found it dismaying the schools were just “rolling over” so eagerly to the push for euthanasia. For her it boded ill in terms of whether such instruction would lead to “the normalization of the procedures.”

If taught as part of every doctor’s syllabus, she told LifeSiteNews, this will foster the impression that “doctor-assisted death is a medical standard,” while what the Supreme Court ruling and even the proposed bill indicates, according to McQueen, is that “it is very far from a standard procedure,” and only to be used in special circumstances. In McQueen’s view only family doctors and psychiatrists need to know about euthanasia, and they could easily be taught at workshops outside of the schools.

Wherever it is taught, she says, conscientious objection should be included. Legal considerations will not be sufficient, in her view. “You cannot deal with this without individual moral decisions being made.”