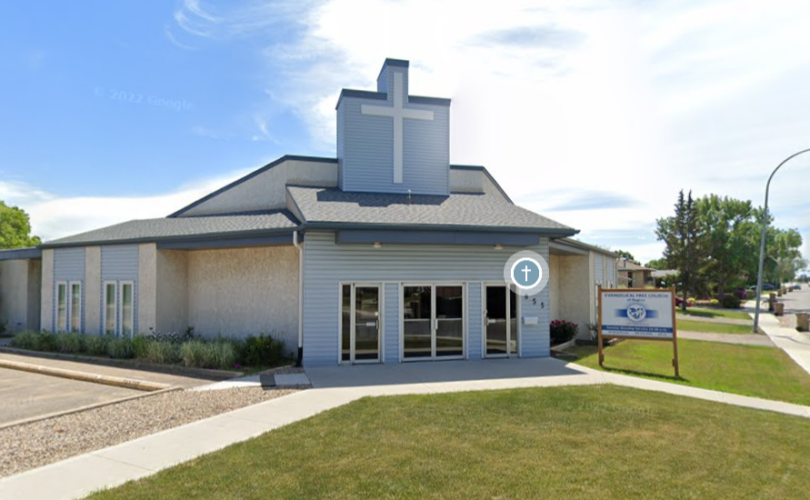 REGINA, Saskatchewan (LifeSiteNews) — The mainstream media is targeting a church in Saskatchewan for maintaining its biblical stance on sexuality after its leadership told a teenage girl who had plastered LGBT stickers on her belongings that she cannot be a leader in the church’s children’s group.

After a September 1 meeting in which a group leader for the Evangelical Free Church in Regina told a 15-year-old girl who identifies as “queer” – and came to the church with LGBT symbols adhered on her water bottle  – that she could no longer be the volunteer leader of the church’s youth group, the state-funded Canadian Broadcasting Corporation (CBC) ran an article seemingly criticizing the church for taking a stand against the secular agenda.

In an interview with the CBC, the girl said she was confronted by a leader of the church after she arrived for a meeting with the pro-LGBT stickers in display, saying the looks she received made her immediately regret the decision.

“She didn’t outright call me demonic, but she sort of implied it because she thinks she can pray the gay out of me,” the teenager told the CBC. “So, of course I can’t be demonic. But when you ask to meet with me specifically and ask me if I’m part of the LGBTQ+ community and say that community is demonic, it is 100 percent at me.”

The church sent a letter in reply to a complaint made by the girl’s grandfather, explaining that the church was accepting of those who identity as “LGBT,” but does not allow the promotion of an agenda contrary to the Gospel.

“We want you to know that the church board is in complete agreement that LGBT persons are certainly welcome to come into this church,” read the letter. “Actually, welcoming LGBT persons is nothing new for us. However, the organization of the church does require that a person in a position of leadership be a servant of Jesus Christ and of nothing else.”

The letter continues by explaining that “the word ‘demonic’ was used to explain that everything that is not from the Lord is ‘demonic’ and we need to test the spirits as stated in 1 John 4:1-16.”

Seemingly unsatisfied with the clarification, the grandfather said the letter was a “slap in the face.”

Criticism against Christians who decide to defend core tenets of their faith – the largest Christian church, the Catholic Church, unchangeably teaches that homosexual acts are “intrinsically disordered” and “under no circumstances can they be approved” – are not only present in media, but are seemingly sanctioned by the federal government under Prime Minister Justin Trudeau.

Bill C-4, which was passed last year in the nation’s parliament and was marketed as a so-called “conversion therapy ban,” has opened the door for such attacks on the Christian faith, and may even subject those who defend the faith to jail time, according to pro-family advocates.

“The federal government’s reintroduced bill ostensibly seeks to ban the practice of so-called conversion therapy but, according to government officials, has the teeth to jail parents for ‘pressuring’ their children to live, dress, and act according to their biological sex,” lamented Campaign Life Coalition (CLC) in a press release regarding the passing of the measure last year.

“Bill C-4 is simply a smokescreen to go after parents of traditional faiths and values who raise their male and female children to live according to their biological sex,” said Jeff Gunnarson, CLC’s president.

Bill C-4 applies an extremely broad and concerning definition of the term “conversion therapy,” and carries with it a maximum penalty of up to five years in prison.

According to CLC political operations director Jack Fonseca: “There are no protections whatsoever in the bill for faith leaders who, for example, discourage a gender-confused person from identifying as transgender and who try to help them be at peace with the male or female body in which they were born.”

“This proposed legislation is designed to claw its way deeply into our homes and churches and will subject these two sacred spaces to government control,” he added.