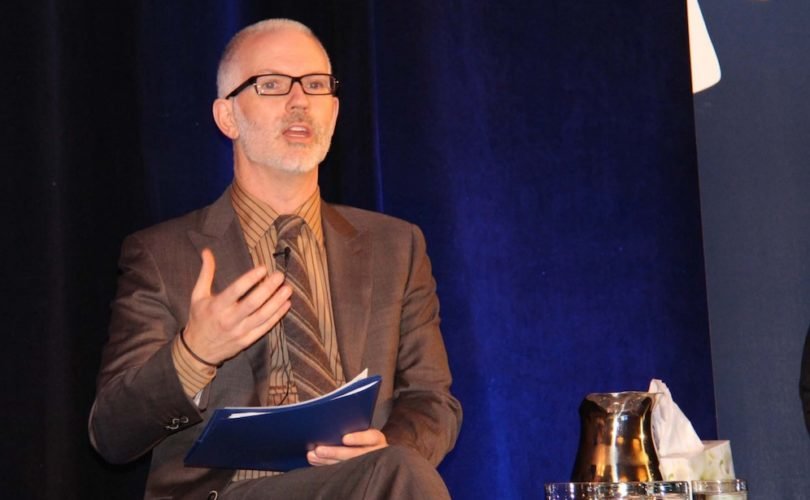 OTTAWA, March 1, 2016 (LifeSiteNews) — The Canadian Medical Association is “very disappointed” that the parliamentary committee has recommended physicians who object to assisted suicide and euthanasia must still refer their patients to a willing doctor, says CMA spokesperson Dr. Jeffrey Blackmer.

“There are physicians who see making a referral as morally analogous to doing the act itself,” Blackmer, the association’s vice-president of medical professionalism, told the Canadian Press February 26.

He warned that some doctors will leave Canada for the U.S., or retire early if the recommendation becomes law. And in the latter event, Canada will become the only jurisdiction in the world with legalized euthanasia and assisted suicide to mandate effective referral.

“I don't think those numbers are going to be huge, but certainly there is a subset of physicians who feel strongly enough about this that they would absolutely make changes in their practice, based on what the legislation might look like,” Blackmer said.

The all-party committee was tasked with providing the federal government a legislative framework for euthanasia and assisted suicide, and tabled its report in Parliament February 25.

The Liberals have until June 6 to come up with a new law, following the Supreme Court’s Carter ruling last February, which struck down the existing law as unconstitutional.

Blackmer gave evidence January 27 to the committee on behalf of the CMA, which represents about 80,000 physicians across Canada, and argued against effective referral.

A CMA survey revealed that a minority — 30 percent — of Canada’s doctors are willing to assist in the suicide of, or euthanize their patients, he stated.

Blackmer explicitly rejected the notion that upholding conscience rights of doctors would impede patients’ access to physician-assisted suicide or euthanasia.

“The whole issue of connecting access with the right to conscientious objection is a false dichotomy,” he stressed. “None of the jurisdictions that currently allow either assisted dying or euthanasia have mandatory effective referral. Access is not a problem anywhere.”

“I can guarantee on behalf of the medical profession that access will not be a problem because of respecting conscience rights,” he told the committee.

Blackmer reiterated this to the Canadian Press, pointing specifically to Belgium and the Netherlands. “None of them has a requirement for referral and none of them has an issue with access.”

The CMA proposes the creation of a central information service to which objecting doctors could refer their patients, and which would assess and refer patients to physicians willing to provide assisted suicide or to euthanize them, Blackmer says.

Objecting physicians would be required to give their patients detailed information about this service and to transfer their patient’s medical records.

But the Liberal-dominated committee did not mention the CMA proposal, recommending instead that “at a minimum, the objecting practitioner must provide an effective referral for the patient.”

The Coalition for HealthCARE and Conscience also decried the recommendation.

Coalition member Larry Worthen, who is also executive director of the Christian Medical and Dental Society of Canada, stated February 26 that forcing physicians to effectively refer for euthanasia and assisted suicide is “discrimination” and “unnecessary.”

“No other jurisdiction in the world requires physicians to refer for assisted death,” he said.

The CMA is hoping to meet with federal justice and health department officials to discuss the recommendations and look for “common ground,” Blackmer told the Canadian Press.

And Worthen told LifeSiteNews that the Coalition for HealthCARE and Conscience likewise plans to “approach officials in the Department of Justice in an effort to explain the dilemma.”

Coalition members include the Catholic Archdiocese of Toronto, the Christian Medical and Dental Society of Canada, the Catholic Organization for Life and Family, the Canadian Federation of Catholic Physicians’ Societies, and the Canadian Catholic Bioethics Institute and Canadian Physicians for Life.