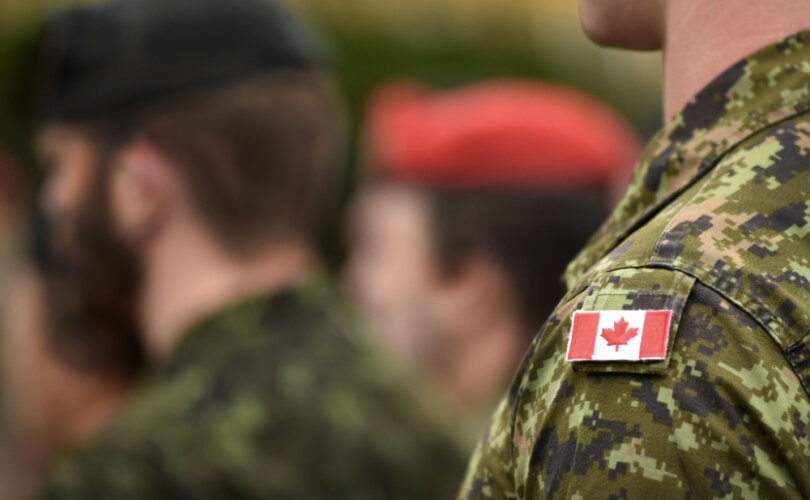 (LifeSiteNews) — The Canadian Armed Forces intends to move ahead with plans to discharge soldiers who chose to remain unvaccinated even though COVID-19 vaccine mandates have been dropped for most members of the military.

In an interview with the Canadian Press, defence chief Wayne Eyre said the refusal to get vaccinated “raises questions about your suitability to serve in uniform.”

“It’s dangerous in the military to have legal orders disobeyed,” he said. “It’s a very slippery slope.”

According to CTV News, vaccination requirements for new enlistees as well as the mandate for most current members of the Canadian military were dropped last Friday. Requirements will now only apply to those with specific roles in the military, such as special forces and quick-response teams. However, despite the relaxed requirements, the military still plans to release members who failed to comply to the previous vaccine mandate.

“We want members in the Armed Forces who will follow lawful orders and put the safety and security of others first,” Eyre said, “who will embrace that selfless service and the values that are inherent in wearing this uniform and serving our country.”

According to various news sources, while 96% of Canadian Armed Forces members have been vaccinated, over 1,000 have resisted. The Canadian military has already lost around 100 soldiers who have quit over the vaccine requirements, and it plans to fire more than 400 additional members who also refused to receive the jab. Hundreds more warnings have been issued to other non-compliant members.

Conservative MP James Bezan called out the military’s stance on vaccines Friday, saying in a statement on Facebook that Conservatives are “concerned that members are still being forced out of service” despite mandates having been dropped. Bezan advocated for the military to take a less “hardline approach” to the situation and to allow unvaccinated CAF members to remain in the military.

“The Chief of Defence Staff and Defence Minister (Anita) Anand are exasperating the situation by taking a hardline approach and discharging experienced service members,” he wrote. “Instead, we urge them to look at imposing lesser administrative penalties for those who refused to follow orders, especially considering the cancellation of the mandate today, and allow them to continue to serve in the Canadian Armed Forces.”