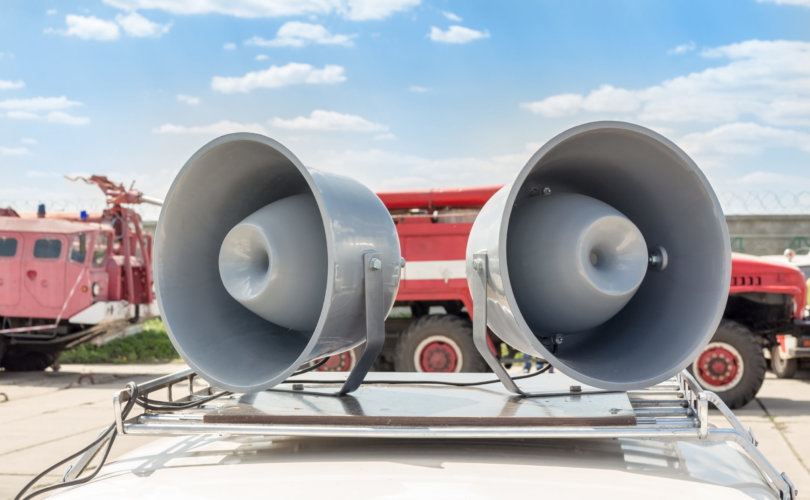 OTTAWA, November 16, 2020 (LifeSiteNews) — Canada’s Armed Forces has been told to shelve a plan to manipulate the attitudes and behaviors of the nation’s residents through propaganda techniques aimed at moving the public to comply with Covid-19 lockdown measures.

The Ottawa Citizen reported November 16 that the Assistant Deputy Minister for Public Affairs had announced the program, which targeted Canadians, was being shut down. In an email to staff, Laurie-Ann Kempton stated that “Canadians must have absolute confidence in knowing that we completely understand our role in informing the public space of our initiatives and activities.”
Kempton added, “They must know that they are not targets.”

The announcement followed revelations published by the Ottawa Citizen earlier this month that the Canadian military wanted to create a “Defence Strategic Communication” organization. This would have used “propaganda and other techniques to try to influence the attitudes, beliefs and behaviours of Canadians,” the Citizen reported. A draft of the proposal was sent around National Defence Headquarters in the capital city last month.

According to the Citizen, the plan was the “end result” of the “weaponization” of the Canadian Armed Forces’ public affairs arm. The newspaper also reported in July that the military had planned to ensure Canadians’ compliance with the Covid-19 shutout by rolling out methods it had used in a foreign war zone.

“That campaign was to use similar propaganda tactics to those employed against the Afghan population during the war in Afghanistan, including loudspeaker trucks to transmit government messages,” the Citizen reported.

“The propaganda operation was halted after concerns were raised about the ethics behind such techniques.”

The military also had plans “to collect and analyze data” from Canadians’ social media accounts.  It had already begun to do so by, for example, collecting negative remarks about Ontario Premier Doug Ford and his handling of the Covid-19 pandemic.

According to the Citizen, the military team justified this as necessary “to help troops who were to work in long-term care homes during the coronavirus pandemic.” The social media accounts examined included Facebook, Twitter, and Instagram. The information was sent on to the Ontario government.

Another social media tactic the military considered was to use the personal social media accounts of selected Armed Forces staff members to get out official military and governmental messages to the public. They also proposed developing ties with academics already friendly with the military and with retired personnel with an eye to disseminating their messages through their accounts or when speaking with the media.

According to the Citizen, the project was launched by General Jonathan Holbert Vance, Canada’s Chief of the Defence Staff, and approved by the Minister of Defence Harjit Sajjan in 2015. The defence strategy of Justin Trudeau’s Canadian government has, since 2017, included an enhanced development of information warfare.

Before the project became known to the public, the Canadian Armed Forces had already spent more than $1 million to train its public affairs officers in “behavior modification techniques” like those used by SCL Group (formerly Strategic Communications Laboratories), the parent company of Cambridge Analytica. The “Facebook-Cambridge Analytica scandal” involved the secret hijacking of millions of Facebook accounts by the consulting firm to create political advertising.

The military had also been caught in a mock disinformation campaign that accidentally became authentic when faked warnings from the government of the province of Nova Scotia about wolves became public.

David Mulroney, a Distinguished Fellow at the University of Toronto’s Munk School of Global Affairs and Public Policy, told LifeSiteNews that he is comforted by his low estimation of military intelligence.

“What keeps me from being overly worried is that I have a very low estimation of the ability of the military brass to understand public opinion, much less influence it,” he said via social media.

“That said, this speaks to the fact that the Chief of the Defence Staff is no longer matched with and balanced by an experienced and authoritative civilian Deputy Minister,” he continued.

“I recall days when a powerful civilian Deputy Minister of National Defence could and would challenge bad ideas like this.”
Among Mulroney's other roles, including Canada’s Ambassador to China from 2009 to 2012, he has served as the Deputy Minister responsible for the Afghanistan Task Force, Associate Deputy Minister of Foreign Affairs, and Foreign and Defence Policy Adviser to Canada's Prime Minister.

Asked why aiming propaganda at one’s own citizens is wrong, given the historic use of propaganda in wartime, Mulroney said it was a question of trust.

“It erodes public trust,” he said, “and we're not at war, when it may be necessary to conceal information for national security purposes, or to mislead the enemy.”

“And Canadians are not the enemy.”

Peggy Mason of Ceasefire Canada, a citizens’ watchdog group that scrutinizes public policy, stated online, “While we commend the Minister of National Defence for shutting down this ill-conceived initiative, we also urge him to adopt robust policy and doctrine on information operations which include a clear differentiation between activities to inform Canadians and operations targeting adversaries.”

Mason drew attention to an essay by retired Navy captain Dave Scanlon, who urged that “Canadian values” not be sacrificed in the attempt to win the information war.