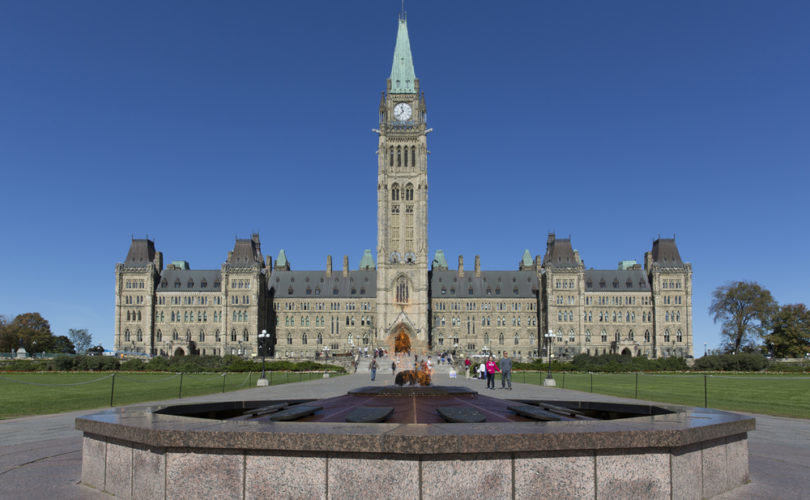 OTTAWA, June 9, 2015 (LifeSiteNews) — A Canadian Member of Parliament has accused Cardinal Raymond Burke of “spreading homophobia” and running “anti-gay campaigns,” stating last week in the House of Commons that the cardinal should not have received a standing ovation during his June 3 visit to Parliament.

“Mr. Speaker, I rise on a point of order. I feel like my privileges as a parliamentarian have been breached. During question period, we were introduced to Cardinal Raymond Burke, who is known for spreading homophobia and for his anti-gay campaigns. I deeply regret that the House was not informed of the situation and that we applauded such a person,” stated NDP MP Pierre Dionne Labelle, Rivière-du-Nord, following Question Period the same day of Burke’s visit.

LifeSiteNews reached out to Labelle for comment, but did not receive a response by press time.

One Catholic blogger, at Vox Cantoris, called Labelle a “traitor to his Catholic baptism, his heritage and his Québécois history and culture.”

“Québéc is nothing if it is not Catholic and the hatred of the Faith by these modern Québécois since the ‘Quiet Revolution’ (bloodless compared to France but the same in its affects) is, in fact, the undermining of this once great French-Canadian culture which they so earnestly seek to promote and protect,” he stated.

Cardinal Burke, honored around the world as an authentic voice of orthodox Catholicism, was visiting Ottawa for the first time to celebrate with NET Canada its 20th anniversary.

‘Gay’ priest calls Cardinal Burke a clown, accuses him of violence against homosexuals

Western culture can’t be renewed until it gets sexual act right: Cardinal Burke in Ottawa