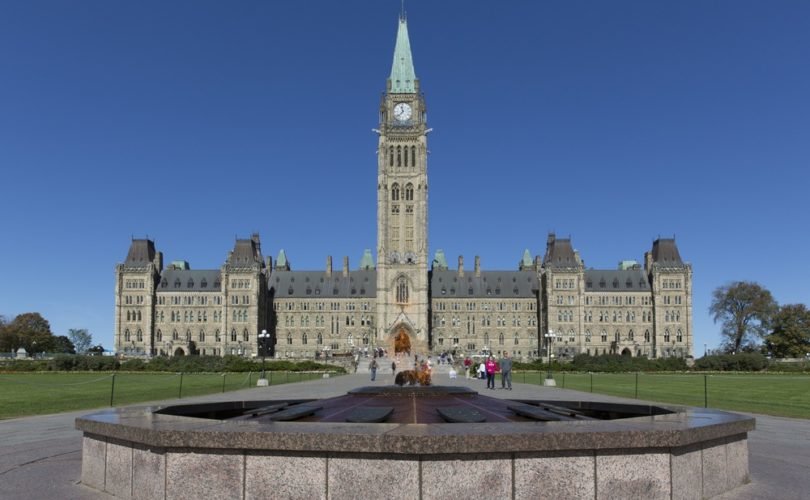 OTTAWA, February 10, 2015 (LifeSiteNews.com) – Many of Canada’s parliamentarians who defeated several attempts to legislate euthanasia in recent years reacted with disappointment and chagrin at the Supreme Court’s Friday ruling effectively decriminalizing that practice’s fatal twin, assisted suicide, within a year.

None was as outspoken as former MP and Reform Party leader Stockwell Day, who told the National Post in so many words it shouldn’t have been any of the Supreme Court’s business.

“I think that if you want to write laws you should run for office. If you want to rule on existing laws, aspire to the bench,” said Day, adding that court’s current membership had already made clear their intention to be “activist”: that is, to make new law by interpreting the existing law as they saw fit.

One of the staunchest pro-life MPs, Conservative Mark Warawa, said he was “deeply concerned” about the decision, also noting that it contradicted the will of Parliament, which “has been dealing with the issue of euthanasia and doctor-assisted suicide for years. Parliament decided to uphold the ban on doctor-assisted suicide, and on May 28, 2014 overwhelmingly supported Motion M-456 to create a national strategy on Palliative and End of Life care.” Warawa, the member for Langley, B.C., also said that a year would not be enough time and hoped the Supreme Court would extend its deadline to two years.

Another Tory, Harold Albrecht, MP for Kitchener-Conestoga, also said he was “disappointed” by the decision, citing two of his own private bills that had received “near unanimous support” from the House of Commons, one calling on the government to “clarify that assisted suicide is a criminal offence” and the second calling for a national suicide prevention strategy.

But the New Democrats officially called for obedience to the law as reversed by the judiciary and the Liberals did much the same. Leader Justin Trudeau told reporters the decision was “very much grounded” in the Canadian Charter of Rights and Freedoms. “The Charter is what the Liberal party certainly stands for and stands to uphold.” He added that Parliament must seek a new law that protects the vulnerable from exploitation and abuse.

The MP most supportive of the decision was Tory MP Stephen Fletcher, who last year introduced his own bill permitting doctors to assist patients experiencing “intolerable” suffering in ending their lives. A quadriplegic, Fletcher called the decision “momentous” and praised the court for pointing the way. Fletcher believes abuse of assisted suicide should be a crime.

MP Peter Kent predicted fellow Tories would line up behind Fletcher’s bill, which “gets us a long way towards meeting the direction from the Supreme Court.”

Tory MP Pierre Lemieux, Glengarry-Prescott-Russell, hammered home the point that the Court was not only reversing its 1993 decision to keep assisted suicide in the Criminal Code, but that since then Parliament has voted the same way six times, the last time in 2010 by a 228-59 margin. Moreover, a year was not enough time.

Perhaps the most thoughtful response came from Maurice Vellacott, the MP for Saskatoon-Wanuskawin and like Lemieux a Conservative. He also complained that the one-year deadline from the Supreme Court was too soon, and urged the government to consider invoking the notwithstanding clause to keep assisted suicide a crime.

Noting the risk the ruling creates for the handicapped, terminally ill and seniors, and the moral dilemma it imposes on doctors, Vellacott said, “It defies understanding why the Supreme Court would give Parliament only one year to respond with new legislation.”

He called “upon all party leaders to set aside their partisan differences and unite in support of using the Charter’s section 33 ‘notwithstanding’ clause in order to give Parliament the time it needs” to consult all those affected and to devise effective safeguards. “How we respond now to this landmark decision will affect the people of Canada and the values we hold dear for years and decades to come.”