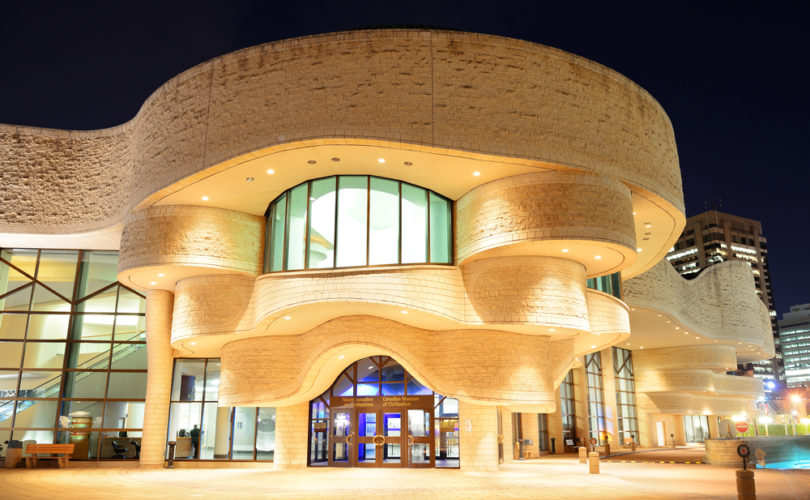 GATINEAU, Quebec – A new hall under development at the Canadian Museum of History, formerly called the Museum of Civilization, will feature displays obtained in collaboration with the Canadian Lesbian and Gay Archives.

“Some important moments in the history of Canada, you know, the struggle for equality and gay rights, is going to be featured in the hall.”

The Gatineau museum, situated directly across the Ottawa River from Parliament Hill in Ottawa, announced in a June 18 press release that it has signed a memorandum of understanding with the Canadian Lesbian and Gay Archives (CLGA) “in order to advance research and consultations between the two institutions, and to shed light on the particular history of gay, lesbian, bisexual and transgendered Canadians within the new Canadian History Hall.”

When asked how the museum intends to incorporate homosexual themes into the new hall, and what kinds of CLGA materials they envision displaying, Patricia Lynch, the Museum of History's media relations manager, said the agreement is “very general” and they will “offer another perspective” in the development.

“Some important moments in the history of Canada, you know, the struggle for equality and gay rights, is going to be featured in the hall,” she continued. “What exactly that story line will be and what the objects that will go to support it has not yet been determined, but certainly that is an area where our partnership with CLGA will go to supporting it. It's certainly a partnership that we're very proud of and excited about.”

Materials available from the CLGA, according to their website, include collections of homosexual “artifacts” such as books, artwork, periodicals, and movies. “Canadian Nude Oil Wrestling” is an example from the group's film and video collection, while their book collection includes “lesbian 'pulp' fiction from the 1950s and 1960s, and early 'one-hand novels' produced for gay men.”

“The stories of LGBTQ+ individuals and the roles they have played in building the nation of Canada deserve not only recognition, but also celebration,” said CLGA's Robert Windrum. “We are proud to partner with the Canadian Museum of History and applaud their exemplary efforts at representing the diversity of history found in the collective stories of Canada's LGBTQ+ communities.”

The Museum of History is also home to the Canadian Children's Museum with its “Great Adventure” central theme targeting children up to age 16.

The new hall that will include the gay and lesbian displays is to occupy the fourth level of the museum. It is touted as “the centrepiece of the Museum’s transformation into the Canadian Museum of History,” according to information on the museum's website, and will take over half of the Museum’s permanent exhibition space.

The museum’s backgrounder about the new hall opens by calling Canada “an inclusive, progressive, tolerant and multicultural nation guided by principles of fairness and equality.”

The Canadian History Hall is scheduled to open on July 1, 2017, the 150th anniversary of Confederation.

The Canadian Museum of History is a Crown Corporation funded by the federal government through the Department of Canadian Heritage under the direction of Heritage Minister Shelly Glover.