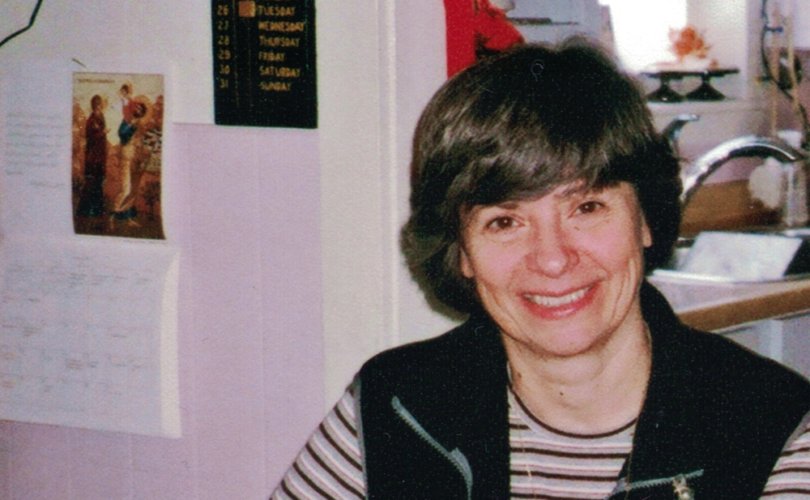 PALMER RAPIDS, Ontario, June 14, 2017 (LifeSiteNews) — A Canadian nurse no longer has her job helping the sick and the elderly after she was told that she must either assist patients who wanted to kill themselves using the country’s new euthanasia law, or resign.

Mary Jean Martin, a Registered Nurse who worked in middle-management as a Homecare Coordinator in Ontario, said she became a nurse in the late 1980s to help the “vulnerable and the struggling,” not to be a link in a chain that would ultimately lead to a patient’s death.

“Can you imagine being a nurse and being told that you have to help kill someone? That's so against the philosophy of nursing and it’s so against the heart of the healthcare person,” she told LifeSiteNews in an exclusive interview.

“We're not soldiers. We did not sign up to kill people. We are compassionate,” she said.

Martin said that as an employee of the Local Health Integrated Network (LHIN), a government-run entity, she was recently told that all healthcare workers would now be required to sign and take an oath of allegiance to observe and comply with the laws of Canada, including the new euthanasia and assisted suicide law.

Last year the country’s Liberal government led by Justin Trudeau passed a law (Bill C-14) governing assisted suicide and euthanasia. The program was euphemistically called Medical Aid in Dying, or MAiD. Two months ago Ontario’s Liberal government led by Kathleen Wynne voted that doctors and nurses must participate in euthanasia and assisted suicide if a patient requests it (Bill 84).

When Martin told her superior that she could not sign such an oath since she did not agree with the new law, she was told: “All employees, as public servants, are expected to take this oath of office and allegiance. If they do not sign this or take this it is taken as an automatic resignation from your position.”

“When I was told that I must either take the oath or it's an automatic resignation, I said that I would rather resign than compromise on my beliefs,” she said.

Martin said that as a woman of faith she takes seriously God’s commandment against murder.

“God did not make rules to be hard on us. He made the Commandments for our good, that we would live as his family here on earth,” she said.

Martin said that “Thou shall not kill” meant to her that she could not even minimally provide “any information or direction” to any individual wanting her help to kill themselves “because it was against my belief.”

“In my job as middle-management, I was told that I had an obligation to have an ‘effective’ conversation with a patient requesting MAiD. If I didn’t want to do that, I was told I had to direct them to someone who would. But I told them I could not, in good conscience, even do that. I did not want to play any part in someone’s death,” she said.

Martin called being forced to choose between her conscience and her job a “violation of my human rights.”

“Why has my right to peacefully follow my own beliefs within a free and inclusive society been suddenly taken away from me?” she said.

“After 30 years as a nurse these laws make me feel no longer proud of being either a health care professional in this country or Canadian citizen,” she added.

Martin wrote a letter to her Member of Parliament as well as the Prime Minister, explaining how the new law has trampled on her rights.

“How is it possible in this supposedly free and inclusive country to have the rights of those who want MAiD to come before my right to practice my chosen profession within my own peaceful law abiding beliefs?” she wrote in the letter obtained by LifeSiteNews.

“I was good at my job due to my training, experience and my commitment to compassionate care for the elderly, ill, disabled and vulnerable,” she continued in the letter.

“I hope to work as a nurse again but this may be a tragic end to my career which is a big loss to me, my family and my community,” she wrote.

Martin told LifeSiteNews that in her commitment to helping her patients, she would often pray for their strength and well-being. She related how she once traveled to the Marian shrine in Lourdes, France, where she prayed for all the patients she had ever cared for, especially those “going through a troubled time in their health and potentially dying.”

Alex Schadenberg, executive director of the Euthanasia Prevention Coalition, called it “absolutely insane” that the government along with the healthcare industry is “taking away the basic human rights of citizens who refuse to kill their patients.”

“Conscience rights are part of our Charter of Rights and Freedoms. Where are the rights of this nurse?” he told LifeSiteNews.

One leading Canadian bioethicist argued in a paper last year that physicians who refuse to participate in legal but morally contentious acts such as abortion and euthanasia should simply drop out of the profession.

“Doctors must put patients’ interests ahead of their own integrity,” Udo Schuklenk wrote, along with Julian Savulescu, in the journal Bioethics.

“If this leads to feelings of guilty remorse or them dropping out of the profession, so be it,” he added.

Schadenberg said that it concerns him when people who oppose killing people are filtered out of the medical profession.

“The reason is simple: If you’re a doctor or nurse and you say you disagree with euthanasia and will not practice it, then euthanasia advocates interpret this as you are ‘judging’ them, because you believe there’s something morally wrong with it,” he said.

“They want there to be no moral opposition or anyone personally opposed to the practice. They want euthanasia completely normalized,” he added.

Martin said that as a Christian, it was made “quite obvious” to her by some of her superiors that there was no longer a place for her in the healthcare industry.

“Christians are being filtered out,” she said.

Schadenberg said that once people of conviction are gone from the healthcare industry, patients will be left with doctors and nurses who see no problem with pushing patients towards death as the best way to solve healthcare problems.

And that future is “scary,” he said.

Since euthanasia became legal last June, there have been over 1,300 reported euthanasia deaths, according to a CBC news report in April.