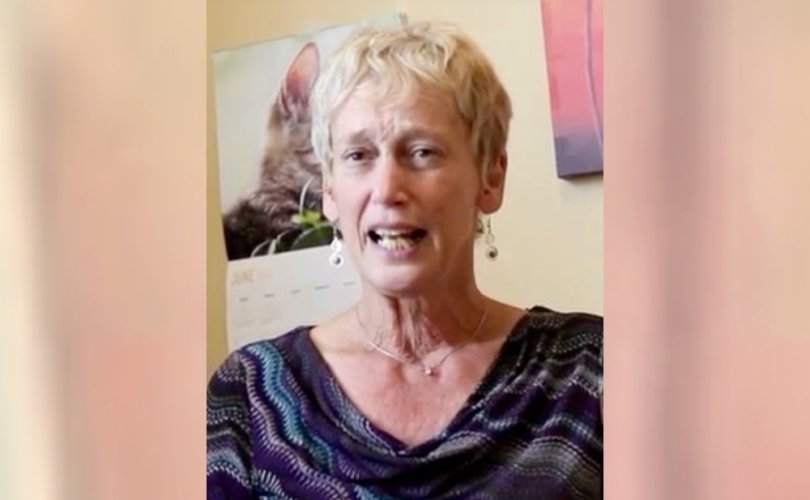 VANCOUVER, British Columbia, January 11, 2018 (LifeSiteNews) – A faith-based care facility in Canada has lodged a complaint against an abortion doctor for “sneaking” into the institution and “killing” a resident.

The Louis Brier Nursing Home has notified the British Columbia College of Physicians and Surgeons that Dr. Ellen Wiebe of the Willow Women’s abortion clinic helped end the life of an 87-year-old resident, Barry Hyman, without the facility’s permission.

The care home is an Orthodox Jewish institution. Although it permits residents to be assessed for voluntary euthanasia, it forbids the actual killing of residents on the premises.

Active euthanasia, or “medical assistance in dying,” has been legal in Canada since June 17, 2016.

Doctors may end people’s lives if certain criteria and guidelines are met, such as the person being mentally capable of making decisions regarding his or her health and having a “grievous and irremediable medical condition.” The Canadian definition of “grievous and irremediable medical condition” is sweeping. It includes an illness, disease or disability or state of decline that causes the person “enduring physical or psychological suffering that is intolerable to them and that cannot be relieved under conditions that they consider acceptable.”

Wiebe met Hyman last spring and “determined he met all the criteria” for active euthanasia, according to the Canadian Broadcasting Corporation (CBC). Hyman had suffered a stroke and been diagnosed with lung cancer. He was mentally unimpaired, but he had difficulty speaking clearly, could no longer read and needed help with some tasks.

Hyman wanted to have his life ended in the nursing home, but the institution turned down his request. Wiebe told the CBC that she suggested that Hyman be moved to Vancouver General Hospital or her own clinic, the Willow Women’s Clinic, for the procedure. But Hyman was adamant that he die in his “home, so Wiebe decided to honor his request.

Wiebe maintains that she did nothing wrong.

“The family wanted privacy so we just set up a time,” she told the CBC. “When my nurse and I arrived, [we] went into his room and closed the door.”

Hyman died shortly after 7 PM on June 29, 2017. According to Wiebe, the family notified the nursing home staff the following day.

'Someone was sneaking in and killing someone'

David Keselman, CEO of the Louis Brier Nursing Home, told the Vancouver Sun that the news was “traumatic” for nurses who had seen Hyman just ten minutes before he died.

“That was tough on our staff,” Keselman said. “This isn’t an acute-care facility.”

He was shocked at the underhandedness of Wiebe’s actions.

“It was hidden,” he told the Sun. “There’s no documentation. She came in, and I don’t know who you are. You can tell me you’re a physician, you could tell me you’re an astronaut, how do I know?”

Keselman worried that other residents and family would be frightened by the implications of Wiebe’s stealthy visit.

“We have a lot of Holocaust survivors,” he said. “To have a doctor sneak in and kill someone without telling anyone. They’re going to feel like they’re at risk when you learn someone was sneaking in and killing someone.”

According to the Sun, it was not the killing Keselman objected to, but the infringement upon the nursing home’s policy. Some Jewish authorities, however, say that active euthanasia is wrong.

Pro-life advocates have warned of the moral slippery slope Canada would slide down if it overturned laws banning euthanasia and assisted suicide, as has happened in other European countries. They warned that safeguards would prove ineffective and would eventually be whittled away to allow medical personnel to kill patients on demand. ​

Wiebe claimed that two other residents had also wanted her to end their lives at the nursing home but had “decided it was too stressful and that they didn’t want to be doing something against the staff.”

The abortionist euthanized her first adult in 2016, saying that she was “grateful” to have participated in the death. In addition to aborting unborn babies and ending the lives of adults, Wiebe was a main researcher into trials of the abortion drug mifepristone (RU-487), which was linked to the death of one woman in 2001. In 1998, Wiebe participated in a workshop at the University of Toronto devoted to training medical personnel in chemical abortions.

Last May she was lauded in Vice magazine as “the IUD whisperer” because of the thousands of contraceptive devices she has inserted into Vancouver women.

Wiebe is also one of the founders of Hemlock AID Aid in Dying, a group of medical professionals formed to provide patients with information and access to “medically assisted death.”

Wiebe denies that she did anything unprofessional by showing up unannounced to end Hyman’s life because the Louis Brier Nursing Home doesn’t require outside doctors to get visiting privileges before treating patients. She told the Sun that she would not end the lives of patients in some Rome Catholic institutions, like St. Paul’s Hospital, because those foundations do require outside doctors to get visiting privileges.

Direct euthanasia, putting an end to the life of a disabled, sick or dying person, is considered morally unacceptable by the world’s major religions. The Roman Catholic Church, for instance, states that “an act or omission which, by itself or by intention, causes death in order to eliminate suffering constitutes a murder gravely contrary to the dignity of the human person and to the respect due to the living God, his Creator.”

The Church calls direct euthanasia a “murderous act, which must always be forbidden and excluded.”