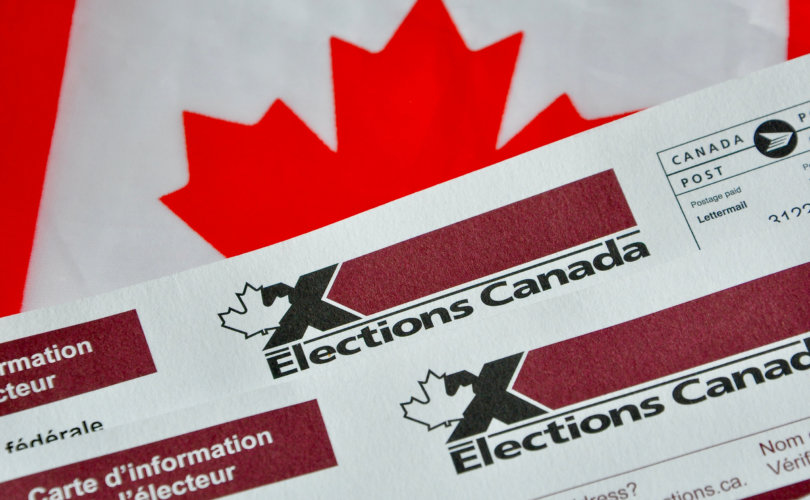 ALBERTA (LifeSiteNews) – A government official for the Canadian province of Alberta has made it clear that unvaccinated citizens must not be denied access to polling stations to vote in the upcoming province-wide municipal elections.

“Proof of vaccination is not required to enter a polling place to cast a ballot for the 2021 municipal, Senate and referendum elections,” confirmed Carrie Sancartier, Assistant Communications Director Municipal Affairs Alberta, to LifeSiteNews.

LifeSiteNews earlier in the week asked Municipal Affairs Alberta to confirm that those who choose not to get the COVID jabs would not be turned away from voting in the October 18 municipal elections. Regulations and legislation regarding elections in the province falls under the Ministry of Municipal Affairs.

Although Sancartier said that the un-jabbed would not be turned away from voting, mandatory health orders are still in effect at polling stations.

“Public Health measures including physical distancing and masking are required in all public indoor spaces to ensure the safety of all voters,” Sancartier told LifeSiteNews.

Nearly all municipalities in Alberta will hold local elections on October 18 for mayor, councillors, and school trustees. It is up to each municipality to coordinate their local polling stations, many of which will be in schools and universities or colleges.

Albertans will also be voting for senators, even though the federal government will ignore the results and select their own.

Despite Elections Alberta not being involved in setting up the local polling stations, one of their spokespersons did confirm with LifeSiteNews earlier in the week that Alberta Health Services (AHS) guidance for local electors does not include a mandate that one must be “to be vaccinated” to vote.

“This guidance does not include any requirement for electors to be vaccinated to enter a polling place,” Pamela Renwick from Elections Alberta told LifeSiteNews.

“I would encourage the elector to reach out to their local returning officer to raise the concern.”

The confirmation that un-jabbed Albertans cannot be denied the right to vote comes in light of a recent report regarding an Alberta man who claimed he was not able to vote because he was un-jabbed.

Phil Garber said he was turned away from casting an early vote for municipal elections last Wednesday at his local polling station located inside the campus of the Southern Alberta Institute of Technology (SAIT).

“It’s going to be a big problem on election night because eight of the 13 polling stations in our ward are in schools,” Phil Garber wrote in an email to his local MLA complaining about his voting experience, according to a recent Western Standard report.

Garber said in his email, as reported by the Western Standard, that the voting restriction was not “disclosed on any of the election materials we received, nor has it been publicized.”

AHS’s COVID election guidance states that masking rules in effect in Alberta should be followed and that voters should check for symptoms of COVID before going to vote in person. Distancing rules will also be in place.

Alberta Premier Jason Kenney introduced a vaccine passport system on September 20 that businesses can choose to opt into. If a business opts out, they must either close to in-person service (restaurants) or reduce capacity limits.

Many post-secondary schools chose to opt-into this program, but despite many of them being used as polling stations the vaccine passport does not apply when it comes to voting.

The Alberta government under Kenney has made it a point to go after those who choose not to get the experimental injections.

AHS announced that all staff and contractors must be fully vaccinated by October 31.  This mandate will affect thousands of nurses and other healthcare workers, who risk losing their jobs in two weeks’ time.

Also, Alberta’s two largest cities, Calgary and Edmonton, have mandated the jabs for all city workers.

An Alberta doctor recently spoke out stating the countless COVID jab side effects she has witnessed first-hand. Dr. Daniel Nagase said it “shocked” him at how his COVID patients were being treated in an Alberta hospital.

The COVID-19 injections approved for emergency use in Canada, including the Pfizer jab for ages 12 and up, all have connections to cells derived from aborted babies. All four have also been associated with severe side effects such as blood clots, rashes, miscarriages, and even heart attacks in young, healthy men.

Dr. Peter McCullough, M.D, an eminent internist and cardiologist from the United States, recently affirmed that against COVID-19, “[For] people under 50 who fundamentally have no health risks, there’s no scientific rationale for them to ever become vaccinated.” He also said that those who develop COVID have “complete and durable immunity. And (that’s) a very important principle: complete and durable. You can’t beat natural immunity.”