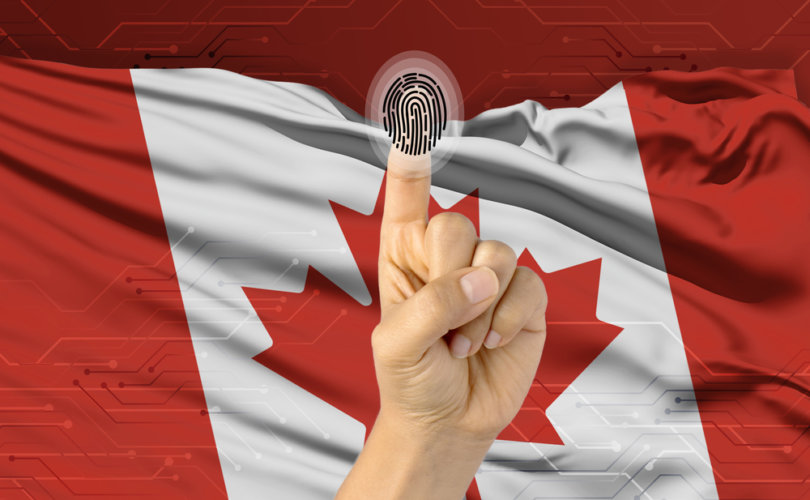 (LifeSiteNews) — A panel led by a top Canadian Liberal party deputy minister discussed the potential of using a type of digital ID to track the vaccination status of Canadians, as well as to potentially coax the unvaccinated into getting jabbed.

According to a True North report from Tuesday, a Canada School of Public Service (CSPS) event held on February 1 included Joni Brennan, President of the Digital ID & Authentication Council, who said that digital IDs would be helpful “to get [the unvaccinated] the vaccine” as well as track one’s jab status.

The event was called The New Economy Series: Digital Identity as a New Policy Frontier and had panelists from both the private and public sectors.

Brennan made the reply in response to a question from Senior Assistant Deputy Minister for Innovation, Science and Economic Development Canada, Francis Bilodeau, who moderated the online event.

Bilodeau had asked Brennan and other panelists how to best put forth to “political masters and ministers” how digital IDs could be of importance as well as how a “digital identity and a proper digital infrastructure” could “help us deal with future situations or future pandemics.”

“Arguably, also, we haven’t necessarily done yet the great job of convincing our political masters and ministers of the importance of investing in this,” said Bilodeau. “What is everybody’s best sort of 10-second elevator pitch on why this matters, why we should be doing this?”

Brennan noted in reply that “identity is important for the pandemic.”

Brennan went on to suggest that to make this “more real” for people inside government, “I would say that we really need to close the chasm of what identity is and what identity does.”

All Canadian provinces, as well as the federal government, introduced COVID vaccine passports during the crisis which all had the markers of some type of digital ID verification. While most provincial vaccine passports are now not in use, a federal one still is for travel.

In April 2021 Brennan stated, “Setting up a digital ID regime could provide a boost to post-pandemic recovery,” adding that for the “digital ID ecosystem” to be successful,” a “trust framework” is needed.

One of the panelists of the event was Interac’s Chief Officer for Innovation Labs and New Ventures Debbie Gamble, who said that the “time is perfect” for Canada to become a leader in digital ID, but that “it actually needs some teeth.”

“It needs political will to pull the various players across the public and private sectors together,” said Gamble, noting he is “confident that over a number of years we can actually start to become leaders in the marketplace.”

The Canadian Bankers Association has openly stated that Canada’s banks under the leadership of the World Economic Forum (WEF) should do more to adopt a digital ID regime.

As for the WEF, it is a globalist organization behind the “Great Reset” agenda, which is a radical plan created by global elites which seeks to “push the reset button on the global economy” and establish a New World Order.