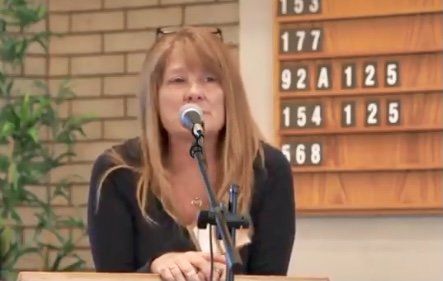 (LifeSiteNews) — An Ontario paralegal suspended from her job over her vaccination status shed light on the legal implications of vaccine mandates, liability, and each citizen’s right to medical privacy and voluntary consent.

Suzanne Coles, a licensed paralegal with the Law Society of Ontario who was suspended from her job as a Provincial Offences Prosecutor for Grey and Bruce Counties in Ontario over her refusal to disclose her vaccination status, provided her professional insight during a speech in Niagara, Ontario into the legal implications of mandatory vaccines, vaccine-injury liability, and the laws surrounding medical privacy and voluntary consent.

“The first thing that you have to understand is [that your employer is] going to ask you to submit your medical records indicating whether or not you’ve received the vaccination,” Coles explained in her address. “You’re under no obligation to provide that, that is personal medical documentation and records that you are not to show anybody except your own personal doctor, should you choose.”

“One of the faulty things that I’m seeing regularly in the Notice of Liabilities (legal letters people serve to employers indicating legal action may follow if the employer does not cease and desist enforcing their coercive vaccine mandate) are the first words say, ‘I’m not doing it,’” Coles continued. “[Instead] you want to indicate that you’re going to comply [with the mandate] but you want to make it so difficult that you can’t comply.”

Describing how this could be achieved, Coles said that it is important to understand “when you’re employed with somebody, you’re under a term of contract with them. You do for them, they do for you, it’s a mutually exclusive contract between the two of you. And this [mandatory vaccine] policy … is included in that contract.”

“So, you can specify your terms, and your terms are going to be: That they will be held liable for any and all damages, up to and including financial damages and health damages … that may occur,” Coles added. “You also want to make sure you include the terms ‘directly’ and ‘indirectly.’”

According to Coles, whereas “direct” damage would include something like an “anaphylactic reaction” to the shot that doctors can “unequivocally” link to the injection, “indirect” damages refer to consequences that may occur “down the road” and might not be explicitly linked to the jab.

In addition, Coles states, “you also want to notify them of all the laws they’re breaking, and they’re breaking laws under: the Criminal Code, the Employment Standards Act, the Workplace Health and Safety Act, the Nuremburg Code, and assorted other laws. So you want to identify the laws so that they can be made aware that you’re aware, and that you will hold them accountable for that.”

“Then you want to make sure that you indicate in doing this, in accepting the vaccine, it will not be done so voluntary, that is vital,” Coles said. “There’s a concept in law that any time there is a law, a rule, a mandate, or a command, from somebody in authority, the concept of voluntarism is gone. As soon as you’re told to do something, it’s not voluntary.”

Elucidating further, Coles says that “as soon as [an] employer” has a vaccine mandate in place, “it is impossible for anybody to be doing anything voluntarily within that policy requirement.”

Prefacing her next statements with a warning that she recommends people always seek proper legal advice from a professional before taking any action, and to not take her statements as instructions, Coles mentions that if a person were to go to a medical professional administering the vaccine and show them a Notice of Liability that indicates they are not there voluntarily, that the medical professional would then be bound by law to decline to inject the person, as medical treatments need informed consent to occur.

If a medical professional acknowledged that a person was not voluntarily consenting, and took steps to administer the shot anyway, Coles says that would be tantamount to assault under the Criminal Code.

According to Coles, this approach could “negate” some of your employer’s ability to “say you didn’t comply” because it shows “you made every attempt to comply, [and] it’s not your problem if the [medical professionals] didn’t do it for you.”

Coles’ statements are similar to those of Canadian constitutional rights lawyer Rocco Galati, who also suggests that in situations where one is dealing with a private citizen and not the government, requesting that the person mandating the shot agree to take on liability for any ill effects incurred as a result is a wise course of action.

However, in governmental settings, Galati insists that any attempt whatsoever to make a vaccine mandatory as a condition of receiving goods and services, including employment, is blatantly unconstitutional per Section 2, Section 7, and Section 15 of the Canadian Charter of Rights and Freedoms. In practical terms, Galati is “of the view” that “mandatory vaccination in all employment contexts (both private and public sector) would be unconstitutional and/or illegal.”

Not only is mandatory vaccination unlawful per each Canadians constitutional rights, something the Public Health Agency of Canada affirmed in an official statement in 1996, but according to Galati, mandatory testing is also illegal per the 2017 Genetic Non-Discrimination Act in the Criminal Code

In reference to the act, Galati stated in August, “It is a criminal offence punishable by fine, and a maximum of five years in jail, for anyone to conduct a DNA or RNA test to determine whether or not, that person is susceptible to transmitting a disease.”

“This is not a medical or health agenda, this is a political one. They want everybody vaccinated for whatever reason. Up until now, there has never been a problem with people exercising their choice.”