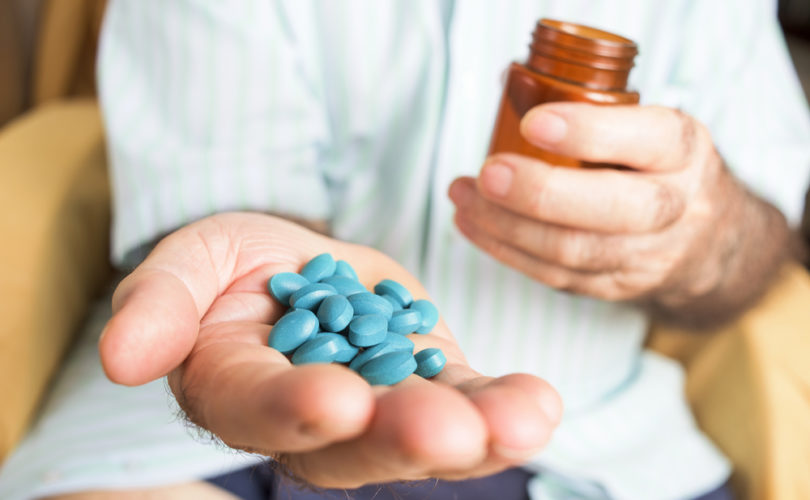 OTTAWA, January 29, 2016 (LifeSiteNews) – Pitting a doctor’s right to conscientiously object to physician-assisted suicide and euthanasia against a patient’s right to access is a “false dichotomy,” a representative of the Canadian Medical Association (CMA) told the special federal committee on “physician-assisted dying” Wednesday.

“I can guarantee on behalf of the medical profession that access will not be a problem because of respecting conscience rights,” Dr. Jeffrey Blackmer, CMA’s vice president of medical professionalism, told the committee.

The all-party special committee of five senators and 11 MPs, which convened on January 18 and began public hearings Monday, has until February 26 to come up with recommendations on a federal law to regulate “physician-assisted dying.”

Last February, the Supreme Court struck down the current law prohibiting assisted suicide and euthanasia as unconstitutional, and its ruling takes effect June 6.

Blackmer also warned the committee that Canadian doctors already face a “patchwork” of regulations on their obligation to patients who request assisted suicide and euthanasia, with a number of provinces issuing guidelines.

He gets “phone calls every day saying, ‘I live in this province. I think I am going to move to that province because I like their rules better. They coincide better with my own moral views’,” Blackmer said. “It is not a theoretical issue anymore.”

The CMA therefore wants “a very rigorous federal approach” that ensures “consistency from province to province on some of these very difficult issues,” he stressed.

Indeed, the day before the CMA presented to the committee, the College of Physicians and Surgeons of Ontario (CPSO) ratified its controversial regulations that mandate doctors give an “effective referral” to patients requesting to be killed by medical means.

While Blackmer did not specifically mention the CPSO, he emphasized that no jurisdiction in the world has “mandatory effective referral.”

“The whole issue of connecting access with the right to conscientious objection is a false dichotomy,” he told the committee. “None of the jurisdictions that currently allow either assisted dying or euthanasia have mandatory effective referral. Access is not a problem anywhere.”

The Supreme Court’s Carter decision “represents no less than a sea change for physicians in Canada,” he said. The CMA’s surveys show that 30 percent of doctors – about 24,000 – are willing to provide euthanasia and assisted suicide.

Moreover, “a majority” of physicians would not object to providing a referral, he said.

But there are physicians for whom giving a patient a referral to a doctor who will assist in killing them is “categorically morally unacceptable,” Blackmer told the committee. They regard a referral as forcing them to be “complicit in what they deem to be a morally abhorrent act.”

Moreover, physicians who do not hold this opinion still believe that their colleagues have a “right to be able to not have mandatory referral,” he said.

CMA president Cindy Forbes said that her association holds that doctors do not have to refer, but that they do have a responsibility to “advise the patient” on “all end-of-life options, including physician-assisted dying,” and “to make sure the patient has the information they need to access that service.”

The CMA expects less than three percent of Canadians will “actually choose this option,” she told the committee.

In response to a question from Liberal MP John Aldag, Blackmer explained that the CMA found in its surveys that physician support for doctor-assisted suicide and euthanasia dropped “once we started to add in additional factors.”

“So you can see the level of discomfort of physicians will increase, as we add-in more of these variables.”

Other highlights of testimony this past week broken down by day:

Constitutional law scholar Peter Hogg said the federal government cannot restrict euthanasia or physician-assisted suicide to the terminally ill, and to do so would open the government to a court challenge.

MP Mark Warawa asked Hogg if he envisioned federally licensed “euthanologists.” Hogg said that “consent will have to be certified by a physician. That’s what the court says.”

Hogg also suggested that if a province came up with its own legislation, as has Quebec, that legislation could be given an “equivalence provision” with the federal law.

He cautioned the committee against “agonizing over the exact boundaries between provincial and federal power,” adding that in his opinion, “What you have to do is design a set of safeguards that could work even in a province that did nothing.”

“If Parliament does not enact a law that could be operated in a province where there is no law the people of that province, will be denied the right to physician-assisted dying, which the Supreme Court has said they have,” Hogg told the committee.

Bio-ethicist Margaret Somerville told the Catholic Register’s Deborah Gyapong that she disagreed with Hogg’s interpretation that the Supreme Court’s Carter decision gave Canadians a “positive” right to euthanasia and assisted suicide. In Somerville’s opinion, the Court’s ruling grants exemptions to a ban on assisted suicide and euthanasia under certain circumstances.

“Let me just say that the last line of defence is withholding funds,” responded Hoffman. “It is a very long process to turn a violation or an alleged violation of a principle into a situation where there are financial penalties levied.”

Both Hogg and Hoffman stated that according to the court’s decision, “physician-assisted death” includes voluntary euthanasia, where a physician kills the consenting patient by lethal injection, and assisted suicide, where the physician prescribes a lethal dose of drugs that the patient then self-administers.

Tuesday: Euthanasia for kids and on-the-go?

Dr. Jennifer Gibson, a member of the provincial-territorial panel, told the committee that consent should be based on competence, not age. “There is an increasing recognition, particularly in pediatric settings, where some children, especially adolescents, have the competence and the capacity to make an end-of-life decisions,” she said.

Gibson told the committee that a “number of provinces” have “a mature minor rule” in which persons under 18 who are deemed competent can make end-of-life decisions.

Another member of the provincial-territorial panel, journalist and euthanasia campaigner Maureen Taylor, told the committee that the government needs to “provide a mechanism” through which health care workers other than doctors, including nurse practitioners and pharmacists, can “assess” people for assisted suicide and euthanasia, particularly in remote communities, and “deliver it.”

Law professor Benoit Pelletier, one of the three members on the expert panel appointed by the Conservatives, told the committee that Canadians living in remote areas who want assisted suicide or euthanasia could be killed by traveling teams of doctors dispatched for that purpose.

“Some people expressed concerns that these people living in remote communities would not have fair access to physician-assisted death,” he said.

Expert witnesses suggested to his panel that there could be “an itinerant group of physicians and medical personnel that could travel and make sure that there is access to physician-assisted death all across the country, even in the very remote areas.”

Pelletier also reiterated Hogg’s opinion that according to the Supreme Court’s decision, physician-assisted suicide and euthanasia could not be restricted to the terminally ill.

But “a priori” the “Carter decision does apply to assisted suicide and voluntary euthanasia,” Pelletier said. “It does apply to psychological and physical illnesses. It does apply to situations where someone is not confronted with the end of their life.”

“I’d say that it’s the challenge that Parliament should face,” he said.

More information on the committee hearings is available here.