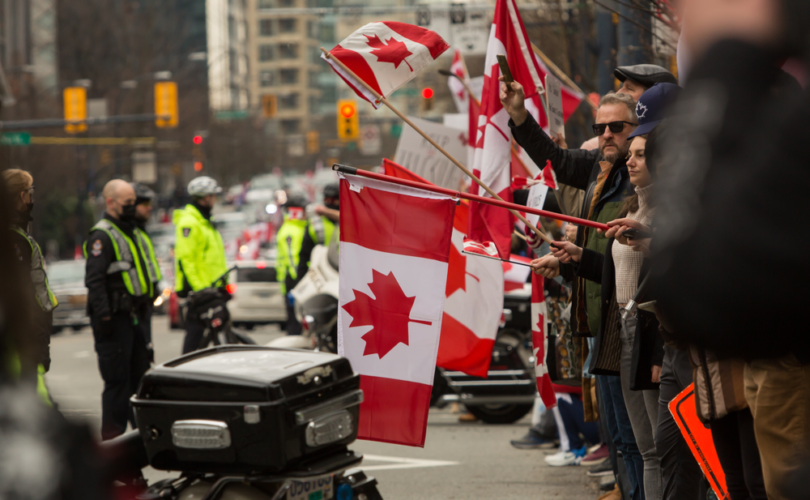 OTTAWA (LifeSiteNews) — A joint committee of Parliament officially launched an inquiry into the Trudeau Cabinet’s actions against the Freedom Convoy protesters.

According to Blacklock’s Reporter, the “unprecedented inquiry” into Prime Minister Justin Trudeau’s Cabinet’s actions launched Monday is being headed by an 11-member joint panel that has “one year to determine why cabinet invoked extraordinary police powers against truckers.”

“In my opinion our discussions should be in public when they can be,” said Bloc Québécois MP Rhéal Fortin, adding that Canadians expect such an investigation to avoid secrecy “without good reason.”

The New Democrats also have one member, MP Matthew Green, and the Bloc Québécois has the aforementioned MP, Rhéal Fortin.

“The responsibilities of this committee are very, very serious,” Motz said yesterday. “We all recognize that.”

The inquiry is into whether or not the government was justified in invoking the never-before-used Emergencies Act against the group of anti-COVID mandate protesters who dubbed themselves the “Freedom Convoy.” The group demonstrated in the nation’s capital of Ottawa for three weeks in January and February until the federal government granted themselves emergency powers and cracked down on the largely peaceful group.

Using the Emergencies Act, Trudeau granted the federal government unprecedented powers such as the ability to freeze bank accounts without a court order, as well as the ability to deploy the national police force, the Royal Canadian Mounted Police, to physically remove protesters.

The crackdown resulted in video footage of police on horseback trampling protesters, videos appearing to show non-violent protesters being physically assaulted and pepper-sprayed, and footage of an independent journalist alleging she was beaten and intentionally shot at close range with a tear-gas canister.

The use of the act was met with immediate criticism, with the Canadian Civil Liberties Association (CCLA) promptly taking legal action against the federal government over what they deemed to be “unconstitutional” violations perpetrated under an act that was invoked without legal justification.

The invocation of the measures resulted in an international debacle for Trudeau, with many on both the political right and political left likening Trudeau to a dictator whose actions mirrored those of past censorious authoritarian regimes such as Ceaușescu’s Romania and Hitler’s Germany.