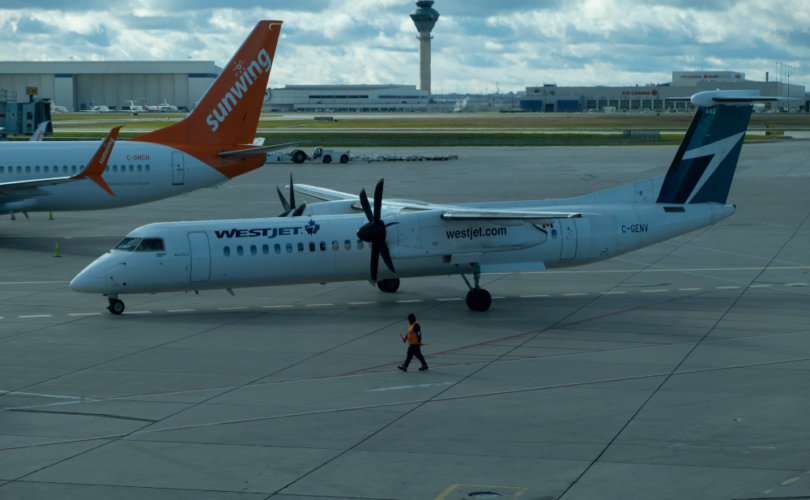 (LifeSiteNews) — People’s Party of Canada leader Maxime Bernier will continue his legal challenge against Prime Minister Justin Trudeau’s COVID travel vaccine mandates, despite the recent suspension of the restrictions, out of concern that the measures could be reinstated at a moment’s notice.

“It’s important to press ahead with legal challenges to the travel restrictions because they have only been ‘suspended’ and could come back at any time when Trudeau feels it is politically advantageous for him,” Bernier told LifeSiteNews.

“He decided to suspend them now because opposition to them keeps growing, including from MPs in his own party.”

Bernier noted that if COVID cases start to increase again in the fall, and Trudeau then decides he “needs to use mandates as a wedge issue again,” there is nothing that “prevents him from reimposing them.”

“Even if there is no scientific justification for it, as there clearly weren’t any just a few days ago when the Liberals were still defending them,” Bernier said.

On Tuesday, the Canadian federal government under Trudeau announced a “suspension” of a COVID jab mandate for travelers and federally regulated transportation workers.

The changes came after intense pressure from travel industry groups, Conservative Party of Canada MPs, the CEO of WestJet, and from some Liberal MPS, who all had been calling for an end to the COVID mandates.

In talking with LifeSiteNews, Bernier said that there needs to be a “legal precedent that confirms they (Trudeau’s travel jab mandate) are unconstitutional, and that the federal government must respect our fundamental rights at all times.”

Earlier in the year with the help of the Justice Centre for Constitutional Freedoms (JCCF), Bernier brought forth a legal challenge against Trudeau’s vaccine travel mandates.

“Not only am I prevented from traveling easily across the country and doing my job properly as a federal party leader, but millions of Canadians from all walks of life are preventing from leading normal lives with this travel ban. It’s a clear violation of our basic rights to mobility, and I hope the court will strike it down,” Bernier said at the time regarding his legal challenge.

Recently, the JCCF announced that a Canadian federal court has set a trial date of September 19 for the legal challenge.

“Expert medical evidence now filed with the court ranges from scientific evidence about Covid spread among both vaccinated and unvaccinated; risks associated with taking the new Covid vaccines; vaccine harms such as myocarditis and possible effects on fertility; and the superiority of natural immunity,” the JCCF said regarding its legal challenge.

Bernier said last month that he thankfully didn’t cave in to “pressure” to get COVID shots. Recently, he made it a point that his trip to eastern Canada had to be completed by car because he was not jabbed and it was the only way he could travel there.

Yesterday in a statement, the JCCF said that the “reported intention of the federal government to suspend vaccine mandates is long overdue” and the rescission of the “discriminatory and unjustifiable mandates” needs to “be permanent.”

The JCCF confirmed that it will “continue to advance litigation against the mandates and their unjustifiable infringement of Canadians’ civil liberties.”

“We must continue to ensure that a court decision is obtained to prevent mobility rights from being restricted in future,” the JCCF said.

Allison Kindle Pejovic, a JCCF lawyer, told LifeSiteNews that while the suspension of travel mandates is “welcome news,” the JCCF believes the government’s “unwarranted and vindictive violation of Canadians’ mobility rights must be addressed by the Court to hold the government to account.”

Kindle Pejovic added that the JCCF does not yet know when the “federal government will drop the mandates for federal workers,” but “we are hopeful that such news will follow.”

“It is nonsensical and unlawful to prevent federal workers from their employment due to a mandate that does not prevent anyone from catching COVID,” Kindle Pejovic noted.

In last fall’s federal election, Bernier ran a campaign on freedom, fighting against vaccine passports, mandates, and masks as well as government overreach. He was the only party leader to do so.

The People’s Party did not win any seats but managed to pick up a larger percentage of the popular vote at 5 percent.

The party has come out against attacks on freedom of speech, as well as what Bernier calls  Trudeau’s “woke fanaticism.”

Bernier was onsite for the Freedom Convoy protest against COVID mandates in Ottawa in February to show his support for the cause. He also blasted the use of the Emergencies Act (EA) by Trudeau to quash the trucker convoy.