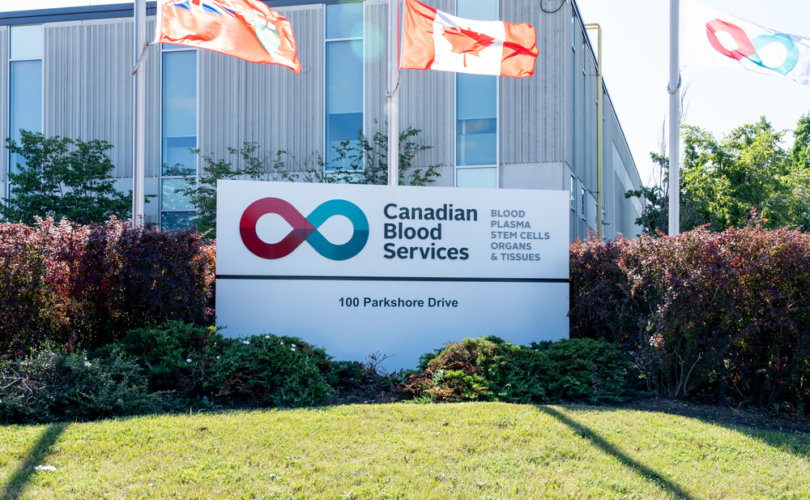 VANCOUVER, British Columbia (LifeSiteNews) – A Canadian pastor vowed that he will no longer donate blood to the Canadian Blood Services (CBS) until the organization removes a COVID jab mandate for its staff.

Rev. John Kaptein works as a volunteer pastor at The King’s Way Church in Vancouver, British Columbia, which he founded in 1999.

He said that after reading a December 3 LifeSiteNews report about the case of CBS employee Gabriel Wilson, who was fired for refusing the jabs and whose religious exemption was denied, he decided that he could no longer support CBS.

“I donate blood to CBS five times a year and in support of Gabriel Wilson I have cancelled my next week Tuesday’s blood donation, and have told CBS that I will no longer be involved with an organization that discriminates against their employees on religious grounds,” Kaptein told LifeSiteNews.

“This discrimination is a clear violation of The Canadian Charter of Rights and Freedoms which protects us on religious grounds.”

Kaptein told LifeSiteNews that until the CBS reinstates Wilson as an employee and overturns its jab mandate, he will not “be donating blood.”

“I hope to see a larger movement that will do the same and withdraw their services until this man is given justice,”  Kaptein said.

Kaptein has the relatively rare blood type of O Negative, which only about 1 in 15 people have. Thus, donors like him are in high demand by blood donation centers. O Positive blood is also valuable as it can be transfused to anyone.

He has been giving blood for almost two years, up to five times a year, and told LifeSiteNews that while he knows people need his rare blood type, he reiterated that he cannot support an organization that discriminates.

“If you are going to discriminate against this guy, then I don’t want to be donating until you change this  rule,” Kaptein said.

The COVID-19 injections approved for emergency use in Canada, including the Pfizer jab for children ages 5 and up,  all have connections to cell lines derived from aborted babies. For this reason, many Catholics and other Christians refuse to take them.

Kaptein said that a lot of Christians “haven’t a clue that this vaccine is connected to abortion in one form or another,” and that in his view, this is “reason” enough to not take the shots.

As for Wilson, he was fired in mid-November after refusing to take the abortion-tainted COVID jabs, despite the fact he worked from home.

Wilson, who worked in the CBS organ tissue and donation branch, was told October 29 that his accommodation request for a religious exemption under the charity’s “COVID Vaccination Policy” was denied.

He wrote in his September request for a religious exemption that his “religious beliefs conflict with receiving a covid-19 vaccination,” and that the jabs are a type of warning sign of the coming “mark of the beast.”

CBS wrote in its denial letter that they “carefully considered the information you have provided” but concluded that his refusal for taking the jabs was “not due to a sincerely held religious belief, but rather due to a personal belief.”

In early September, CBS mandated that all its employees, even those working from home, and volunteers had to get the COVID jabs by October 31 or face termination.

Wilson’s termination from work is like that of Bank of Canada employee Joseph Hickey. He was suspended from his job for refusing the COVID jabs, after his employer would not recognize his Catholic faith as a valid reason for a vaccine exemption.

Despite the Canadian government praising the effectiveness of the COVID jabs, trials have never produced evidence  that vaccines stop infection or transmission. In fact, they do not even claim to reduce hospitalization, but the measurement of success is in preventing severe symptoms of COVID-19.