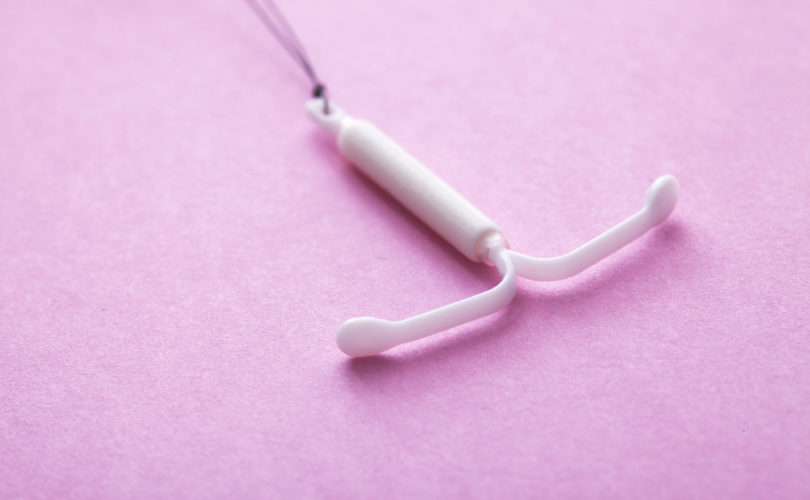 OTTAWA, May 31, 2018 (LifeSiteNews) — Potentially abortifacient intrauterine devices should be the first method of contraception offered to adolescent girls, the Canadian Paediatric Society advised in a position paper released Thursday.

The paper, entitled Contraceptive care for Canadian youth, states that long-acting reversible contraceptives, or LARCs, are the most effective method of birth control.

LARCs, which “act continuously over several years without patient intervention,” include copper intrauterine devices (IUD), hormone-releasing intrauterine systems (IUS), as well as “subdermal progestin-releasing implants, which are not available in Canada at the present time,” it states.

IUDs are a type of contraception that can cause very early abortions by preventing a tiny human from being able to implant in his mother’s womb.

IUDs and IUSs traditionally have not been recommended for young people, Dr. Giuseppina Di Meglio, a principal author of the paper, told the Toronto Globe and Mail.

Because IUDs and IUSs are inserted into the uterus by a doctor, and stay there for years, parents are “creeped out” by them, she said.

But Di Meglio, an adolescent-medicine specialist at Montreal Children’s Hospital, alleges that evidence shows that should change.

She told the Globe the CPS paper is intended to overcome alleged misinformation about how safe and effective IUDs actually are.

“The first line of contraception should be the most effective method and we should be talking about them first,” Di Meglio said.

But Dr. Michelle Cretella, president of the American College of Pediatricians, counters there isn’t evidence to show IUDs are safe for young girls.

“Rigorous long term studies to assess risk and safety [of IUDs] within the adolescent population is lacking,” she told LifeSiteNews in an email.

“Adolescent girls have an immature cervix that is already more vulnerable to STIs, so it is ill advised in terms of an infectious disease and fertility standpoint to recommend an IUD with or without hormones to adolescent girls,” she observed.

But most significantly, “IUDs are not contraceptives; they are abortifacients,” Cretella emphasized.

“IUDs work primarily by causing inflammation of the uterine lining which prevents implantation of an embryo. Although many IUDs are now impregnated with hormones designed to prevent ovulation, this mechanism is not 100 percent effective,” she wrote.

The CPS endorsement of IUDs comes four years after the American Academy of Pediatrics recommended LARCs as “first-line contraceptive” choice for adolescent girls in 2014, notes the Globe.

The Society of Obstetricians and Gynaecologists of Canada (SOGC) followed suit in 2016. It issued guidelines not only endorsing IUDs as the best contraceptive option for youth, but urged healthcare professionals not to be put off from offering IUDs because of “theoretical or unproven risks,” according to the Globe.

The publication of the CPS paper also gave the Globe occasion to point out that “experts are puzzled” why subdermal contraceptive implants, which can suppress ovulation for up to three years, are not available in Canada.

Wendy Norman, chair in family planning public-health research at the University of British Columbia, told the Globe she’s lobbied Health Canada, which is now open to an application from American pharmaceutical giant Merck to approve the contraceptive implant Nexplanon.

As well as its wholesale promotion of abortifacient contraception, the CPS paper minimizes the role of parents, pointing out Canadian law allows doctors to treat minor patients without their parents’ knowledge or consent.

“The law protects youths’ right to receive confidential SRH [sexual reproductive health] care, including prescriptions for contraception and to treat STIs, as long as they are mature enough to understand the nature and consequences of treatment (and in Quebec, are at least 14 years old),” it states.

“Confidentiality maximizes the likelihood of obtaining a complete sexual history and engaging on questions and concerns that youth might not be comfortable sharing with a parent.”

The CPS paper also recommends that discussions about sex between pediatricians and their young patients “start early, before the initiation of sexual activity.”

Studies show more than one-half of Canadian youth are sexually active by age 17, so “ALL health care must therefore include contraception and fertility awareness in management planning for youth,” it notes.

“Providing birth control without a PAP or pelvic exam, offering year-long prescriptions and encouraging youth to start contraceptives right away, rather than waiting for their next period, all make it more likely for youth to access and use contraception,” Di Meglio said in a CPS press statement.

The CPS is a voluntary professional association that engages in advocacy and education, and represents some 3,300 Canadian paediatricians, paediatric sub-specialists, and paediatric residents.