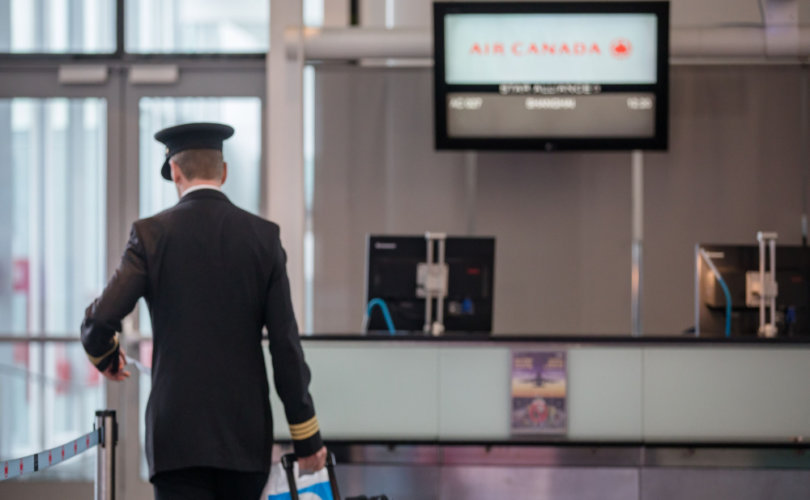 (LifeSiteNews) – A Canadian pilot with extensive experience that includes a military background says while he does not want to sound alarmist he has spent “hours” on the phone speaking with pilots who now have health issues as a result of getting the COVID shots.

Greg Hill is a pilot for a major Canadian airline and has 13,000 flying hours under his belt. He told LifeSiteNews that while he is not going around screaming “death from the sky,” as he wants to embody the “professional pilot persona,” it is true there are many COVID vaccine-injured pilots.

“Part of that is being very careful with information to make sure it’s credible, but having said that, but when I say I’ve spent hours and hours on the phone firsthand, this is exactly what I mean,” Hill said.

“This is not like a friend who told a friend’s buddy, this is hours on the phone personally, firsthand telling the stories … some of the stories are very concerning.”

Hill was placed on unpaid leave for a time for refusing to go along with COVID mandates for airline workers. Currently, due to the mandates being “suspended” on June 20, he is hoping to soon get back into the air.

He helped found Free to Fly, which for some time now has been advocating for “freedom of medical choice.” The group recently announced it has retained a prominent lawyer to move into a “new phase” in seeking justice for aviation workers wronged due to COVID mandates.

As co-director of the group, Hill noted that British Columbia lawyer Umar Sheikh will help them in a large-scale legal fight to seek justice. Hill noted to LifeSiteNews last week that the pending lawsuits are about “fighting for our freedoms so that this never again happens.”

While Hill told LifeSiteNews that he soon hopes to be behind the controls of an aircraft, the fact he is allowed to do so now will not take away his fight against holding “those to account” who were responsible for the mandates in the first place.

Hill told LifeSiteNews that the reality of the situation is that many pilots took the experimental COVID injections under coercion to keep their jobs. Now, many are jab injured and may lose their jobs due to failing strict health medicals.

“The nature of it is the guys took a shot to have to keep their job but now they put their hand up and point out the fact that they’ve got this issue going on,” Hill told LifeSiteNews.

“They’re going to lose their job because of what they had to take in the first place to keep their job.”

Hill noted that this is due to the pilot medical focusing heavily on cardiac health.

He said that “you now have guys who are too afraid to speak up regarding their health issues.”

Hill’s account to LifeSiteNews echoes a similar one from a former WestJet pilot who sounded the alarm last month about COVID jab injuries in pilots.

Rob Simpson, a former Boeing 737 training captain with WestJet who lost his job over COVID mandates told LifeSiteNews that he has “direct anecdotal proof,” jab injuries among active pilots in Canada is “definitely” happening.

Simpson is the spokesperson for the Cause for Action, Justice For WestJetters, a group of 140 former WestJet employees suing the airline and the Canadian federal government over COVID jab mandates.

The COVID injections are known to cause cardiac health issues, notably in men.