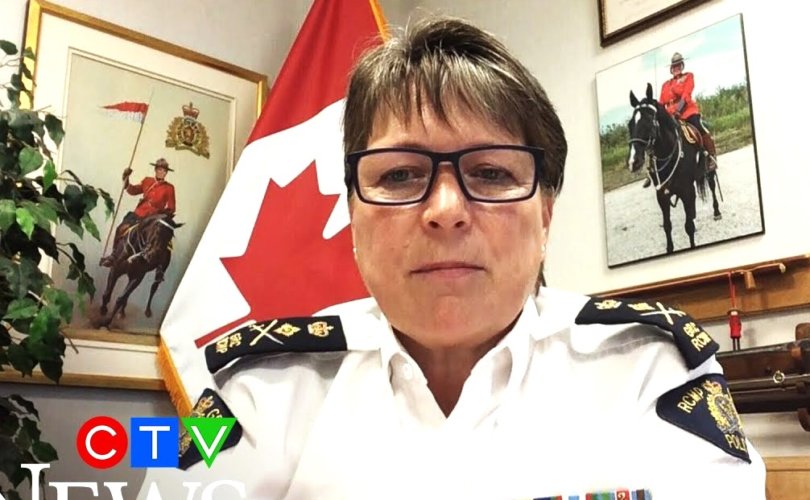 OTTAWA (LifeSiteNews) — A bombshell report shows that the Royal Canadian Mounted Police commissioner attempted to collude with the Trudeau government to push gun control after a mass shooting in 2020.

According to a Tuesday report by the Halifax Examiner, during the investigation into the 2020 Nova Scotia mass shooting that claimed the lives of 22 people, RCMP Commissioner Brenda Lucki “made a promise” to report confidential information about the guns used in the tragedy to Liberal Public Safety Minister Bill Blair and the Prime Minister’s Office with the intention of getting gun control legislation passed.

The report explains that Lucki had “pressured” officers in Nova Scotia to release the specific details of the weapons used by the killer, despite RCMP commanders telling her that doing so would compromise the active investigation.

At the time, the RCMP was investigating how some of the firearms used in the murder spree were smuggled across the U.S.-Canada border, and revealing the exact type of firearms in question could have jeopardized the investigation.

Ultimately, RCMP Nova Scotia Supt. Darren Campbell refused the commissioner’s request and took notes detailing the interactions he had with Lucki that followed:

“The Commissioner was obviously upset. She did not raise her voice but her choice of words was indicative of her overall dissatisfaction with our work. The Commissioner accused us (me) of disrespecting her by not following her instructions. I was and remain confused over this. The Commissioner said she told Comms to tell us at H Division to include specific info about the firearms used by [the killer] … However I said we couldn’t because to do so would jeopardize ongoing efforts to advance the U.S. side of the case as well as the Canadian components of the investigation. Those are facts and I stand by them.”

In another note, Campbell elucidated:

“The Commissioner said she had promised the Minister of Public Safety and the Prime Minister’s Office that the RCMP (we) would release this information. I tried to explain there was no intent to disrespect anyone however we could not release this information at this time. The Commissioner then said that we didn’t understand, that this was tied to pending gun control legislation that would make officers and the public safer. She was very upset and at one point Deputy Commissioner (Brian) Brennan tried to get things calmed down but that had little effect. Some in the room were reduced to tears and emotional over this belittling reprimand.”

The report has caused a firestorm in Canadian politics, as the RCMP — like all law enforcement agencies — is supposed to remain non-partisan.

Going on the offensive, Conservative leader of the House MP John Brassard demanded answers from the Trudeau government in parliament yesterday.

In response, Public Safety Minister Bill Blair denied that the Trudeau government was involved in Lucki’s actions, to which Brassard charged back by reading more of the notes taken by Campbell found in the report.

Gun control has been one of the primary goals of the Liberal Party under Trudeau, with further efforts to restrict gun ownership still on the way.

In May 2020, one month after the Nova Scotia mass shooting, Trudeau banned numerous so-called “assault-style” weapons using an order in council.

In the last few months of this year, Trudeau installed a de facto long-gun registry while also introducing Bill C-21, which, if passed, would ban the sale of handguns nationwide.