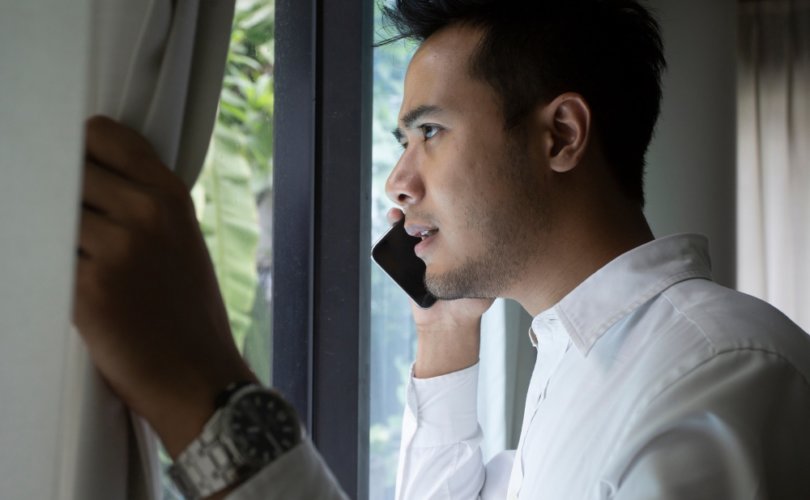 WINNIPEG, Manitoba, November 12, 2020 (LifeSiteNews) –  Police in a central Canadian city are actively encouraging their citizens to make use of COVID-19 “snitch lines” to call out large private gatherings, and promise they will “intervene” as needed to fine those found violating the law.

“In response to increasing cases of COVID-19, the Winnipeg Metro Region was moved to Critical Level (red). The Winnipeg Police Service has begun triaging calls from the public regarding gathering sizes in private residences and will dispatch resources to intervene as required,” reads the Winnipeg Police statement issued on November 4.

The Winnipeg police say that they are asking citizens to call out large gatherings to “ensure the safety and wellbeing of the public, and we will continue to remind people of the measures they can take to ensure their own safety.”

“The Winnipeg Police Service is one of a number of enforcement bodies who can intervene in breaches. Those who continue to gather in contravention of public health orders may be subject to enforcement action,” the statement concludes.

Initially, Winnipeg Police said that they would not be actively enforcing provincially imposed COVID-19 gathering restrictions.

That changed when the city of Winnipeg went into a provincial mandated “red” critical lockdown last week. Most businesses were shut down and severe gathering restrictions were imposed, limiting both private and public gatherings to no more than a household plus five additional people.

Fines for those found breaking the new gathering restrictions now stand at $1,296, up from $486, and police will be taking down the names of those in any gatherings to “pass on” to local health officials.

Allison Pejovic, a Winnipeg-based lawyer and a member of the Manitoba bar for the Justice Centre for Constitutional Freedoms (JCCF), told LifeSiteNews that the Winnipeg Police snitching policy is a “dangerous road” which could lead to a society where “regular people are treated like criminals.”

“It is a concern when the message to society is that individuals should take on a role that is normally reserved for law enforcement, and assist police in reporting their neighbors’ behaviors,” Pejovic told LifeSiteNews.

“When neighbors start reporting each other for exercising their Charter protected rights to assemble, associate, travel, and worship, it creates a society where regular people are treated like criminals.”

Pejovic also mentioned to LifeSiteNews that the environment created through the encouragement of “snitch lines” is more akin to a “Communist society.”

“This is a dangerous road as trust between friends is eroded and people are divided. This environment is more akin to a Communist society,” Pejovic said.

“Historically, snitching on your neighbors has been encouraged and rewarded by many repressive regimes, and has always resulted in the destruction of the social ties which bind neighbor to neighbor.”

LifeSiteNews contacted the Winnipeg Police to ask them if they have measures in place to ensure that calls they obtain from “snitch lines” are dealt with fairly, and also asked how many people have been fined since their November 4 statement.

Constable Jay Murray, a Public Information Officer with the Winnipeg Police responded by referring to the text of their November 4 statement, but added that he does not “have any statistics to provide at this time.”

However, a Global News report said that in October, before the public was actively encouraged to report alleged COVID-19 private gathering violations, there were “hundreds” of calls to police that resulted in three fines and five warnings.

In a report from last week, Const. Rob Carver was quoted as saying that police may “still do education” but added that “the numbers dictate a different response and we’re acting accordingly.”

In a November 3 report released by the Policing the Pandemic Project titled, “An extreme last resort: Monetary Penalties and the Policing of COVID-19 in Canada,” the authors state that “granting police and bylaw officers with new, broad discretionary power to fine and potentially jail people perceived to be breaking public health orders is only likely to exacerbate the current crisis.”

“Fines, as simple and conceptually appealing as they might be, are much more likely to exacerbate the current crisis than they are to resolve it. The evidence suggests as much,” authors Alex Luscombe and Alexander McClelland stated.

The Policing the Pandemic Mapping Project has published an interactive map noting the launch of  “snitch Lines” and other non-compliance reporting related to COVID-19.”

The JCCF has been outspoken against the COVID-19 lockdown measures imposed by provincial governments across Canada, demanding that they explain themselves in showing “proof” that their measures have any effect.

Recently, the organization was successful in pressuring the Alberta government to announce that it would scrap the controversial Bill 10 originally put forth to combat COVID-19. The JCCF called the bill a “betrayal of the electorate and of the rule of law.”

Earlier this week the Manitoba government, under Progressive Conservative Premier Brian Pallister, announced that effective November 12, the entire province of Manitoba will move into the red “critical” phase.

All social gatherings “will not be permitted,” and only businesses listed as “critical services” are allowed to be open, and only at 25 percent capacity. This means that gyms, movie theaters, recreation centers and museums are being ordered to close. Restaurants are allowed take-out only, but schools will remain open.

The local government has also ruled that all churches “must close” and only “provide services virtually.” Before today, the regulations allowed churches in Winnipeg to operate at 15 percent capacity, with those in the rest of the province being allowed to be 20 percent full.

A November 10 memo from Archbishop Richard Gagnon simply stated the government ruling and directed Catholics to “make use of Our Archdiocesan website…and social media platforms.”