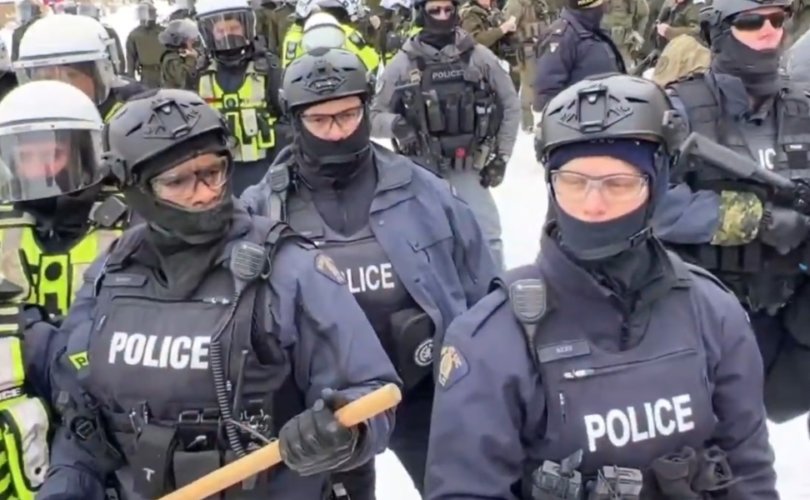 According to Blacklock’s Reporter, the records were uncovered after opposition MPs for the Conservative Party of Canada (CPC) had requested information via an Inquiry Of Ministry in the House of Commons, regarding what lists police had and where the information went.

About the blacklist, one MP said, “Haphazard would be an understatement” in describing how people’s personal information was treated.

“That there were no instructions or guard rails provided to entities that received this information should concern people,” said CPC MP Adam Chambers.

Chambers noted that even the Privacy Commissioner “confirmed his office is investigating how information was handled.”

The new records indicate that the RCMP not only gave the names of Freedom Convoy sympathizers to lobbyists, but also their date of birth, phone numbers, and more, all via unencrypted email.

The information was sent to lobby groups such as the Mutual Fund Dealers Association, with the Inquiry of Ministry showing that in total, some “50 financial institutions” were given access to the Freedom Convoy supporters’ information.

“The disclosures were shared with specific points of contact within the corporate security or anti-money laundering teams within the recipient institutions,” added staff.

According to the Inquiry of Ministry information, the RCMP had a list of 79 individuals and businesses who they considered to be Freedom Convoy sympathizers.

However, previous RCMP records state that 267 bank accounts were flagged, along with 179 bitcoin wallets.

Chambers said that all the information regarding the blacklist needs to come to light, noting that he suspects the government is “embarrassed about how haphazard their approach was and are hoping we will all forget about it.”

“They are not interested in transparency and they don’t respect Parliament,” added Chambers.

Canada’s draconian COVID measures were the catalyst for the Freedom Convoy, which took to the streets of Ottawa to demand an end to all mandates for three weeks in February. As a result, Prime Minister Justin Trudeau on February 14 enacted the Emergencies Act to shut down the Freedom Convoy.

Due to the immense backlash against the Trudeau government over its invocation of the EA, a judicial inquiry into the actions of the federal government is set to begin on October 13.