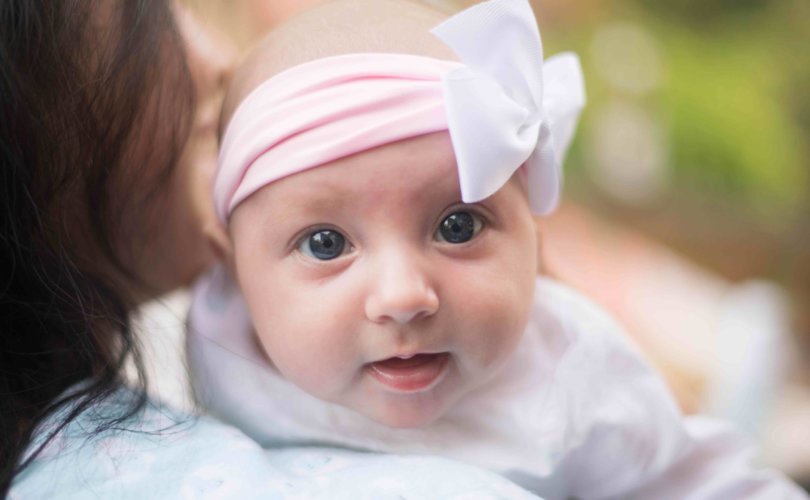 OTTAWA, February 28, 2020 (LifeSiteNews) — A Canadian Conservative politician tabled a private member’s bill Wednesday to make it a crime for a medical practitioner to knowingly kill an unborn child solely because of the baby’s sex.

Saskatchewan Member of Parliament (MP) Cathay Wagantall is asking all MPs support Bill C-233, the Sex-Selective Abortion Act, to make the point that “sex-selective abortion is not permissible in a society that advocates for the equality of the sexes,” according to her press release.

“It is true that the majority of Canadians agree with having access to abortions,” said the MP for Yorkton-Melville when introducing the bill. “It is also true that 84 per cent of Canadians stand against sex-selection abortions.”

The Canadian Medical Association Journal reported in January 2012 that Canada has become “a haven for parents who would terminate female fetuses in favour of having sons” because of its advanced prenatal testing and easy access to abortion.

An editorial in the same issue called for testing facilities to withhold the sex of unborn children and said sex-selective abortion was most common among immigrants from India and Southeast Asia. However, the BC College of Physicians and Surgeons rejected the idea.

In 2016, the Canadian Medical Association Journal published a further study based on Ontario data that suggested Indian-born women in the province are choosing to abort their daughters, as abortion is legal and covered by Ontario health insurance.

Titled “Sex ratios at birth after induced abortion,” the study concluded that the “high male:female ratios observed among infants born to women who immigrated from India are associated with induced abortions, especially in the second trimester of pregnancy.”

That led to a short-lived revolt of backbench pro-life MPs against Prime Minister Stephen Harper, after his party colluded with the opposition to have the motion declared non-voteable.

It was the beginning of Harper’s crackdown on his MPs introducing private member bills and motions to restrict abortion and even on speaking on the issue, LifeSiteNews reported then.

“I’ve also made the commitment that as leader of this party it is my responsibility to ensure that we do not re-open this debate, that we focus on issues that unite our party and unite Canadians,” he said while campaigning for the October 2019 federal election that resulted in Justin Trudeau’s current Liberal minority government.

“And that’s exactly what I’ll do and that’s why I’ll vote against measures that attempt to re-open this debate.”

That’s led to questions about what Scheer will make of Wagantall’s bill, according to the Canadian Press, which noted that private member’s bills are difficult to pass but “at minimum can be debated and a vote can take place on whether they get sent along the legislative path” — something that could happen under Scheer’s successor.

Sheer’s spokesman Simon Jefferies told Canadian Press that the Conservative leader “has always discouraged members of his caucus from introducing items that will open this debate.”

Tory MPs would be allowed to vote their conscience on Wagantall’s bill, Jefferies said, but he would not say how Scheer would vote.

“Like the overwhelming majority of Canadians, Mr. Scheer finds the practice of getting an abortion specifically to avoid having a baby girl abhorrent,” Jefferies told the Canadian Press.

This is the second private member’s bill for Wagantall, first elected in 2015. Her Cassie and Molly’s Law, introduced in 2016, did not pass. It would have made it a separate offense to injure or kill an unborn child during a criminal assault on a pregnant woman.

She is urging all MPs to get behind Bill C-233.

“Our silence condones and possibly perpetuates the practice of sex selection,” Wagantall said.

“Canada must act now to condemn this practice and to make it apparent to all that Canada values women and equality. If there is even one female pre-born child who is terminated because of her sex, we need to act.”

“We applaud MP Wagantall for bringing forward this legislation, which we hope will force a debate on this issue in the House of Commons and across the country,” said Campaign Life national president Jeff Gunnarson.

“We look forward to seeing all the pro-abortion politicians who are outspoken about equality rights and discrimination based on sex, fumbling their way out of this one. Will they defend so-called ‘abortion rights’ at the cost of equality for all, or are they willing to acknowledge that sex-selective abortions, like all abortions, discriminates and kills a preborn child?” he pointed out.

“We already know that Justin Trudeau is an abortion extremist, and that the Liberals are the party of death which believes in abortion without limits,” added Jack Fonseca, Campaign Life’s director of political operations.

“Bill C-233 will heap more shame on the heads of pro-abortion, Liberal MPs and pro-aborts in other parties, as we behold the spectacle of fake feminist MPs defending with their votes the most misogynistic practice on the planet: female gendercide abortions which target baby girls just because they’re girls.”