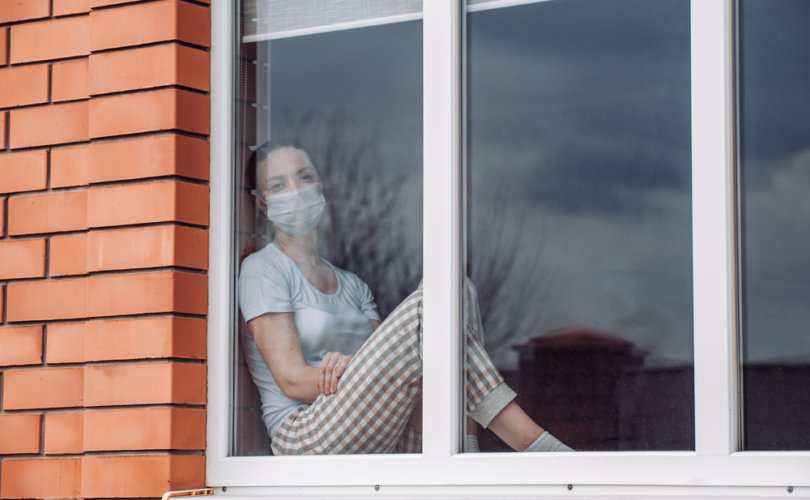 CANADA, February 5, 2021 (LifeSiteNews) — In response to stay-at-home orders across Canada that have stripped citizens of their rights and freedoms, destroyed countless businesses, and compromised the mental health of innumerable men and women, young and old, a group of both federal and provincial politicians have banded together with the sole goal of ending lockdowns.

Called “End the Lockdowns National Caucus,” the non-partisan group of current and former elected representatives seeks to provide formal challenges to current COVID-19 policies with a specific emphasis on ending governments’ use of province-wide lockdowns and stay-at-home orders.

“We are current and former elected representatives from municipal, provincial, and federal levels of government across Canada, unified in pursuit of the truth, and resolved to ensure there is open, honest, and public debate regarding the COVID-19 government response,” the founding members, which includes Ontario MPP Randy Hillier, People’s Party of Canada leader Maxime Bernier, and independent MP Derek Sloan, stated.

“After careful examination and scrutiny of mitigation measures undertaken by all levels of government, it is now evident that the lockdowns cause more harm than the virus and must be brought to an end,” they added. ​

“We devote our energy and efforts to the just and compassionate objective of reopening our businesses, schools, places of worship, recreational facilities, along with the full resumption and expansion of efficient medical services. We desire to restore dignity and respect for all Canadians by safeguarding our representative democracy and its institutions, defending our Constitution, personal freedoms and responsibilities, whilst implementing focused protection for the most vulnerable,” their statement concluded.

The group states that the caucus is open to all members, at any level of representative government, be it municipal, provincial, or federal.

So far, six others, all from Ontario and Alberta, have joined the caucus.

Bernier said in a video to Canadians that the time has come to “fight these lockdowns.”

“We want to be sure that Canadians have back their freedom. And, we want to have a real debate in this country about the consequences of these lockdowns and curfews that happen in this country,” he said.

“So, we need to have this debate. The more people that will be part of this caucus, the better. And, in the end, we will be the real opposition in Canada against the lockdowns,” he added.

Canada has a population of about 37 million. So far, there have been about 20,000 deaths attributed to COVID-19, meaning that a mere .05 percent (five one-hundredths of one percent) of the population has succumbed to the virus. Of the estimated 797,000 cases, there have been 729,000 recoveries, meaning that over 90 percent of those infected have recovered, until now. In Ontario, the majority of COVID-19 deaths have been among elderly residents of long-term care homes.

The consequences of lockdowns are beginning to alarm doctors and researchers.

The Children’s Hospital of Eastern Ontario (CHEO) sounded the alarm in January that it’s seeing a “disturbing trend” of babies coming to the hospital with “fractures and head trauma” in the wake of COVID-related lockdowns across Ontario and Quebec.

Academics from Harvard, Duke, and Johns Hopkins universities recently released a paper in which they claimed that COVID lockdowns will result in a “staggering” one million excess deaths over the next decade-and-a-half due to a spike of health-related issues caused by unemployment.

COVID-19 restrictions have also negatively impacted the number of those who die from drug overdoses. Toronto Public Health reported in January a “record number” of overdose deaths that happened in the last two months.

Ontario’s former top doctor Richard Schabas told premier Doug Ford in an open letter last month that lockdowns are “misguided efforts to control Covid” and are “only compounding the tragedy.”

Schabas pointed out that there are “significant costs to lockdowns” that are often overlooked, such as “lost education, unemployment, social isolation, deteriorating mental health and compromised access to health care.”

“Lockdown is an affront to social justice because its burdens fall disproportionately on the young, the working poor and visible minorities. We will be paying for lockdown — in lives and dollars for decades to come,” the doctor wrote.

Click here (scroll to bottom) to contact your elected representative and urge them to join the caucus.