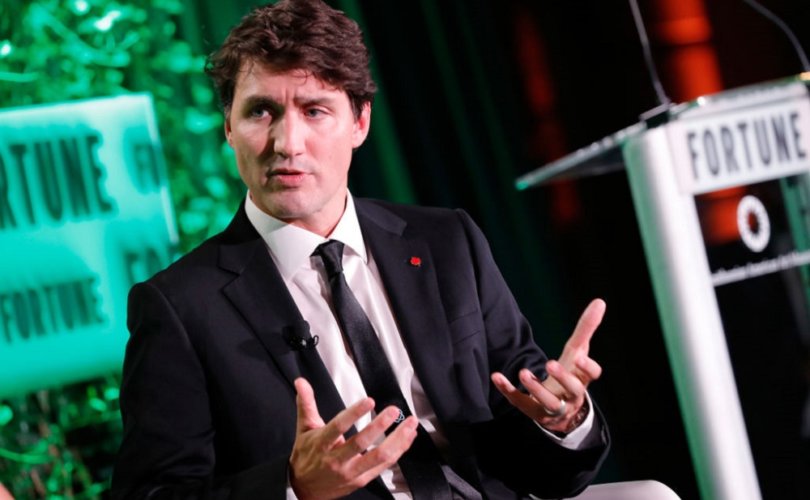 TORONTO, Ontario, August 18, 2020 (LifeSiteNews) — The president of a Canadian pro-family group has said that now is the time for parents to be “vigilant” and speak out against WE Charity, to keep that organization from being a part of their children’s education in public school.

“Parents should act now to inform school boards that they expect them to protect children from being sucked into the cult-like circus that WE Charity has become,” Teresa Pierre, Ph.D., president and founder of Parents as First Educators (PAFE), told LifeSiteNews.

“While chasing celebrity fame and amassing vast real estate holdings, WE Charity has lost track of the fact that the essence of charity is service to fellow human beings.”

Pierre’s message comes in light of Canadian prime minister Justin Trudeau’s current status as under investigation by the ethics commissioner for his ties to the WE Charity scandal.

Trudeau and now former finance minister Bill Morneau are under investigation and have issued apologies for not recusing themselves from their cabinet discussions to approve a now canceled contract with WE Charity.

Trudeau is also facing a backlash because his mother and brother received an estimated $300,000 in the last four years to speak at WE events.

Morneau, Trudeau’s former finance minister, recently told the finance committee that he wrote a check for $41,366 as reimbursement for WE Charity travel expenses he had incurred for two family trips with the organization in 2017.

Morneau resigned yesterday, saying it was the “the right time” for him to move on.

In a recent email, PAFE echoed what Pierre told LifeSiteNews, saying parents should demand that their local school boards cut all ties with WE Charity.

“Unless your board has already cut ties to WE Charity, please write or call your trustee and ask him or her to propose a motion to the board that all activities related to WE Charity fundraising and curriculum use immediately be suspended and that all partnerships with WE Charity be severed,” says an August 13 email message from PAFE.

“As parents, we need to be vigilant about the messages our children receive at school and demand a higher standard than they have been receiving with WE!”

Conservative M.P. Pierre Poilievre repeatedly asked Trudeau in the July 30 meeting to come clean with the exact dollar amount his family has received from WE Charity appearances.

In its August 13 email, PAFE noted that the provincial governments of Alberta and Saskatchewan, and Ontario, have already announced that they are terminating their agreements between their schools and WE Charity.

The Ontario minister of education, Stephen Lecce, recently said his government’s relationship with WE is coming to an end. He is encouraging all school boards in Ontario to “halt all contracts and investigate existing contracts.”

PAFE noted that the Toronto District School Board, which serves as Canada’s largest school board, has announced a review of its relationship with WE Charity before its “current partnership agreement ends in February 2021 and before any decision to continue with the partnership is made.”

Markus de Domenico, a trustee from the Toronto Catholic District School Board, has called on his board to suspend its participation in WE Charity events. He has been pushing for a vote on the matter, which is to take place on August 20.

PAFE says that before the WE Charity scandal broke, there were around 3,200 schools across Ontario and “7,000 schools and groups actively engaged in WE Schools programming” across Canada.

“One of the positive effects of the scandal is that school boards and provincial governments are reviewing their relationships with WE and in some cases terminating partnerships with the charity,” wrote PAFE.

PAFE also called into question the messaging the WE Charity events have been promoting to kids.

“WE goes into schools to spread its message of ‘social change’ by holding assemblies, creating in-school clubs, and providing curriculum content. Students from across Canada also attend WE Charity’s massive flagship event, the rock-concert-like ‘We Day,’ which is now cancelled,” wrote PAFE.

WE Charity had announced that it is canceling WE Days “indefinitely” and is focusing on restructuring.

Performances at WE Days “have been repeatedly criticized by family values organizations over the years for their raunchy lyrics and suggestive dance routines,” observed PAFE’s Pierre in a past email to supporters.

Recently, the leader of the separatist Bloc Quebecois Party said that if Canadian prime minister Justin Trudeau does not resign over the WE Charity scandal, he will be open to triggering an election this fall.