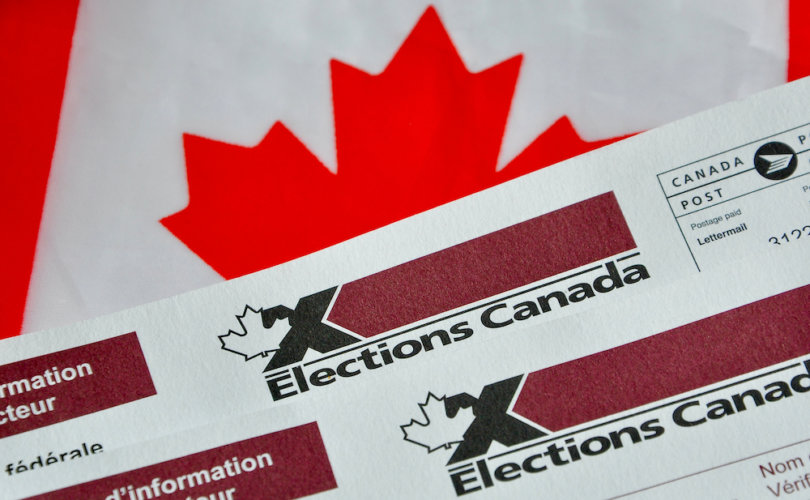 (LifeSiteNews) – Campaign Life Coalition (CLC) has published a “Party Policy Comparison” chart so Ontarians can examine which party aligns most with their values ahead of the June 2 provincial election.

The chart, which appears on the CLC’s “Vote Pro-Life Ontario” website, breaks down the political stances of the Progressive Conservative Party (PC), the New Blue Party, the Ontario Party, the Liberal Party, the New Democratic Party (NDP), and the Green Party on the issues of the sanctity of human life, euthanasia, free speech, conscience rights, parental rights, vaccine mandates, LGBT ideology, and drugs.

On the issue of the “Sanctity of Human Life,” which focuses on abortion, the chart shows that all parties, except for the New Blue Party and the Ontario Party, support abortion up until the “moment of birth.”

The New Blue Party and the Ontario Party are the only parties that espouse explicitly pro-life views and policy proposals, with the New Blue affirming the “dignity of human life from conception,” while the Ontario Party emphasizes that the “right to life is the most important human right, from which all other rights are derived.”

On the policy front, the Ontario Party desires to expand funding for crisis pregnancy centers and introduce measures that support mothers who are seeking to put their children up for adoption.

According to the chart, the incumbent PC party seeks to maintain the “status quo of abortion-on-demand throughout all 9 months of pregnancy,” through procedures “fully funded by the taxpayer,” whereas the Green Party wants to go even further and “expand the number of abortion clinics in Ontario.”

A similar trend is noticed between the parties on the issue of euthanasia, with the New Blue Party and the Ontario Party once again being the only parties that directly condemn the practice of state-sanctioned assisted suicide.

On the issue of free speech, the New Blue and Ontario parties both seek to repeal the “Bubble Zone” legislation that has criminalized pro-life advocacy in front of abortion clinics. The chart explains that while the PCs have not supported the legislation in the same way the Liberal and NDP parties have, they have not taken any “action to repeal the censorship law” and are currently “pursuing criminal charges against a Catholic priest for peacefully demonstrating in front of an abortion mill.”

The Ontario Party is the only party to have an official policy in favor of conscience rights, saying that if elected the party will “Ensure conscience rights protections for health care workers that will safeguard their jobs should they choose not to participate in any procedures, such as abortion or euthanasia.”

While the New Blue Party has yet to unveil an “official policy,” the chart does explain that the “Leader strongly supports conscience rights” in a manner similar to that of the Ontario Party.

According to the chart, the PCs have “tacitly supported” compelling doctors to “refer” patients for procedures they personally oppose, while the Liberal and NDP parties both explicitly supported doing so.

Both the New Blue and Ontario parties have taken a strong stance in favor of affirming “parents” as the “primary educators of their children,” while ensuring that the values each parent decides for their children are respected under the law.

All the other parties support the implementation of “transgender and homosexual ideology” in public and Catholic schools, with Premier Doug Ford’s PCs having already implemented pro-LGBT directives for Ontario’s sex-ed curriculum despite “promising” to “repeal” the former Liberal Party’s “sex-ed” curriculum when elected in 2018.

Both the Ontario Party and the New Blue Party will remove “Gender Identity Theory” from the Ontario public school curriculum, with the Ontario Party promising to make it “illegal for any teacher, school administrator, or any school board official to teach, disseminate or promote materials to students that explicitly or implicitly state: Men (male) and women (female) do not exist as separate, biological, realities.”

The Ontario Party also lists policy prescriptions that would make it illegal to administer vaccinations to children without parental consent.

Under the PCs, Ontario has already seen the implementation of vaccine passports, vaccine mandates, mask mandates, and some of the longest lockdowns in North America. The Liberal, NDP, and Green parties all support such measures, while the Ontario and New Blue Parties strongly oppose them.

The New Blue Party has gone as far as stating that they will pass legislation to make vaccine passports illegal.

The Liberal Party has taken the strongest stance on the experimental abortion-tainted COVID injections, with leader Steven Del Duca stating his party will require the shot for children to attend public school.

While often considered a less contentious issue than the others, state-funded establishments where people can legally consume hard drugs such as heroin and crack cocaine has the support of the Green, PC, Liberal, and NDP parties. The PC, Liberal, and NDP parties have also come out in favor of the “decriminalization” of hard drugs despite two years of record drug overdose deaths, particularly among young people.

At the moment, the Ontario Party does not have an official policy on the legalization of drugs, while the New Blue has come out in opposition to both the decriminalization of hard drugs and the allowance of legal drug injection sites.

A spokesman for Campaign Life Coalition told LifeSiteNews that the chart is available in printable PDF form and that he encourages pro-lifers to print them out and hand it to their pro-life friends, relatives, and fellow parishioners.