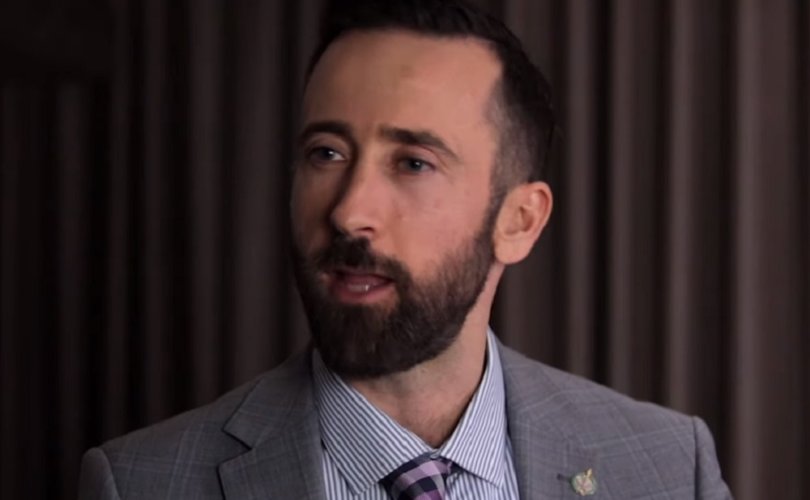 TORONTO, August 20, 2020 (LifeSiteNews) — Due to the “herculean efforts” of their supporters, social conservatives have gained a pivotal role in electing the Conservative Party’s new leader and in the party itself, says Campaign Life Coalition.

“This more than doubles the 11,000 memberships we recruited during the 2017 leadership race in support of Brad Trost and Pierre Lemieux, and represents 10 percent of eligible voters, just from our supporters alone,” he told LifeSiteNews.

Moreover, Campaign Life “put everything on the line” financially and asked their supporters to donate to all pro-life leadership contenders because it saw that “red Tory progressives were planning to eliminate pro-life and pro-family values from the Conservative Party once and for all,” Fonseca said.

“We knew that we had to ensure so-con candidates were able to get on the ballot and be competitive regardless of the outcome, otherwise we would have no voice whatsoever during the race, which would allow the establishment to push pro-life and pro-family people out of the party forever.”

Political insiders are now predicting that the social conservative vote will be crucial in determining the next leader if presumed frontrunner and former Nova Scotia M.P. Peter MacKay doesn’t win on the first ballot, according to an analysis in The Hill Times.

The contest closes this Friday at 5pm, and the party will announce the results of the mail-in ranked ballot Sunday, August 23, at 6pm E.T.

With contestants focussed on getting out the vote, the party received over 150,000 ballots by August 19, communications director Cory Hann told members in a fundraising email.

“This crushes the 103,342 votes cast for Trudeau in the 2013 Liberal Leadership — the highest turnout in a non-CPC Leadership to date,” Hann said.

Campaign Life started recruiting new members in October “when the writing was on the wall that Andrew Scheer would be forced to resign,” Fonseca told LifeSiteNews.

The pro-life organization knew that social conservatives would throw their hats into the ring.

However, of the four that did so, Tory party brass barred Quebecer Richard Décarie from running in March and disqualified Ontario lawyer Jim Karaholios in May.

Moreover, the party “put up crazy, unprecedented barriers to entry in the race, including a never-before seen $300,000 buy-in per candidate, plus 3,000 signatures from at least 30 ridings across at least seven provinces,” Fonseca said.

This “massive financial barrier to entry” favored “liberal progressives” over social conservatives who generally have large families and are “not wealthy,” he told LifeSiteNews.

Because of this, Campaign Life “went to the mat for the four pro-life candidates, aggressively and repeatedly asking our entire supporter database to donate to their leadership campaigns to help them meet the $300,000 buy-in before the very short party deadline,” Fonseca said.

“By our estimates, we drove $100,000 in donations to each of the Lewis, Sloan, and Karahalios campaigns — Décarie was ousted early, so he didn’t get a chance to make it as far, although we directed donations to his campaign, too,” even while knowing that doing so “could devastate our own donations,” which admittedly “did take a hit,” he said.

“But we prayed and trusted in God to take care of us. And He did.”

Fonseca also credits Campaign Life with providing on its own “between 40 to 85 percent” of the required candidate nomination signatures for the Sloan, Lewis, Décarie, and Karahalios campaigns.

“Without CLC’s heroic efforts, I don’t believe Sloan or Lewis would be on the ballot today, and Conservatives would likely be watching a face-off between MacKay and O’Toole, in which pro-life and pro-family values would be totally rejected, and the media would be trumpeting the end of social conservatism in Canada,” he said.

Campaign Life believes that both Lewis and Sloan have “a path to victory,” Fonseca said.

“Regardless of the outcome, their presence in this race has helped us to actually advance so-con influence in the party, instead of the retreat that the party establishment had planned,” he told LifeSiteNews.

“None of this would have been possible without CLC’s incredibly dedicated and loyal supporters and donors who came to our aid when we asked. Their trust in our pro-life leadership is humbling,” added Fonseca.

The new leader will head up Canada’s Official Opposition just as Prime Minister Justin Trudeau is seeking to prorogue Parliament until September 23, at which time a confidence vote will be held to approve the Liberals’ new agenda, which could bring down their scandal-plagued minority government.

Proroguing Parliament will end the House of Commons finance committee’s probe into the Trudeau government’s relationship with WE Charity, which cabinet voted to award a now canceled no-bid contract to manage a $912-million national youth volunteer grant program.

His longtime finance minister, Bill Morneau, who with Trudeau is under a conflict-of-interest investigation by the ethics commissioner over his personal ties to WE Charity, resigned Monday night from the cabinet and his seat in the House of Commons.

Trudeau has appointed Toronto M.P. and deputy prime minister Chrystia Freeland as finance minister. A former editor with Thomas Reuters, Freeland stated in 2017 as global affairs minister that “the right to safe and accessible abortions” is “at the core” of the Trudeau government’s foreign policy.