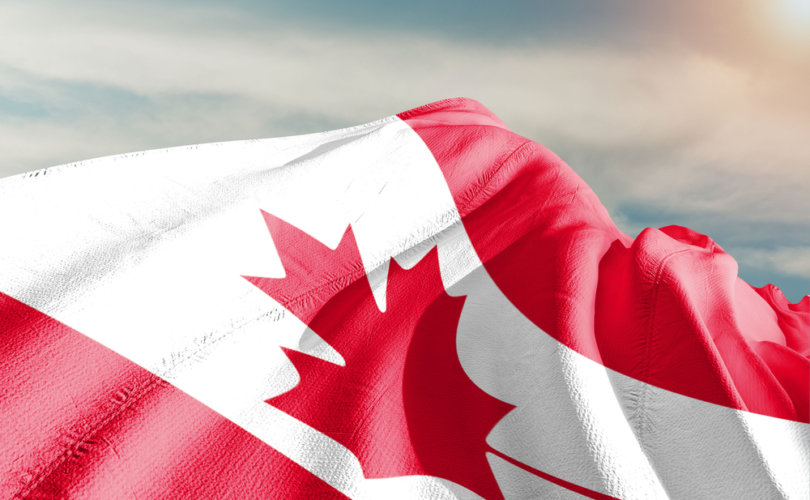 “O’Toole despises pro-life and pro-family party members, which is to say, his own base. However, Campaign Life Coalition is not going to give O’Toole what he wants. We have instructed our CPC Delegate supporters to not pull out of the Convention, to continue as voting delegates, and to make a powerful show of force at the Convention,” Jack Fonseca, director of political operations for Campaign Life Coalition (CLC), told LifeSiteNews.

“We don’t want any pro-lifers to leave the table. Only by staying at the ‘negotiating table,’ so to speak, can we continue to grow our influence in the party.”

The CPC will be holding a virtual convention on March 18 and 19, debating party policy and constitution.

Regarding the booting of Sloan from the CPC, Fonseca said it was a “sleazy move” by O’Toole, especially considering he has billed himself as a “true blue” conservative.

“The frame job and expulsion of Derek Sloan by Erin O’Toole was a reprehensible act by a reprehensible man,” Fonseca said. “Not only was it a sleazy move by a shape-shifting weasel who promised during the leadership race that he’d ‘cancel’ cancel culture but turned out to do the opposite, it was also an attack on all social conservatives in the party.”

The CPC elected pro-abortion MP O’Toole, who professes to be Catholic, as the new leader of the party in August last year. Sloan came in fourth place behind Leslyn Lewis and Peter MacKay.

During the CPC leadership campaign, O’Toole courted the social conservative voice as a “true blue” candidate. He also billed himself as a “second choice” for social conservatives in a leaked video sent to the CBC. However, O’Toole during the campaign also voiced his support for abortion.

In fact, only recently — right before calling for Sloan to be removed — O’Toole said there was no place in the CPC “for the far right” and reaffirmed his pro-abortion position once again.

Late last week, Sloan said he was a “sacrificial lamb” in CPC’s purge of social conservatism.

During the CPC leadership campaign, Sloan was unafraid to assert his pro-life and pro-family positions. As a result, he was branded by the mainstream media as having “extreme” views.

According to Sloan, the “real reason” he was booted from the caucus is because the CPC had an “emotional/psychological meltdown” in the aftermath of the storming of the U.S. Capitol, which started a party purge of the social conservative voice.

O’Toole, however, claimed that the booting of pro-life Sloan from the party had nothing to do with Sloan’s staunch social conservative bent. He said he removed Sloan due to “destructive behaviour involving multiple incidents.”

The majority of CPC MPs voted to toss pro-life Sloan from the caucus last Wednesday. This came after O’Toole earlier called for his ousting via the Reform Act, due to what he said was an acceptance of a CA$131 donation from a “well-known white supremacist” named Paul Fromm to the CPC in August 2020. Fromm was actually using a pseudonym to make the donation.

Fonseca told LifeSiteNews that O’Toole has shaped up to be the “stupidest, most inept Conservative Leader we’ve seen yet,” adding he walked “right into the trap set for him by his political opponents — the Liberal Party and Liberal Media — to divide and deflate his own party by essentially agreeing with his opponents’ narrative that the CPC was guilty of racism, Fonseca told LifeSiteNews.

“The ridiculous frame job about the Fromm donation blew up in O’Toole’s face because nobody believed Sloan knew anything about it. Furthermore, the whole affair left the impression that it was O’Toole himself, or his staff, who leaked confidential CPC donor info to the NDP-based socialist rag, Press Progress, which was founded by the Broadbent Institute.”

Fonseca explained that “donations under $200 are never published online, and therefore, the only way the NDP outfit obtained the Fromm donation details was either from Sloan or from Party staff.”

He said that if it really was O’Toole who either “leaked or authorized” the donation information, that this is an “impeachable offense.”

“We just lived through four years of a fake Russia Collusion scandal, but now we have a real, socialist collusion scandal with Erin O’Toole,” Fonseca told LifeSiteNews. “The CPC Leader now has to answer some questions: Did he instruct or authorize confidential CPC donor info to be delivered to the NDP-based Press Progress?”

“In addition to discouraging [social conservative] participation at the Convention, did he also leak, or authorize to be leaked, the donation info in order to benefit him personally by eliminating a potential future Leadership competitor?” Fonseca asked.

Fonseca also told LifeSiteNews that if the answer to these questions one day proves to be affirmative, then the CPC caucus should find a way to “turn the Reform Act around on O’Toole, and impeach him from caucus for having deliberately damaged the party, for personal gain.”

Sloan, like CLC, has urged his supporters not to quit the CPC and to make sure their voices are heard in the upcoming March convention.

“Remember, [O’ Toole] wants to remake the CPC in his own red Tory image. The only thing standing in his way? YOU. The upcoming CPC convention will be the opportunity to show [O’Toole] and [the Conservative Party] that is a BLUE TORY party. They are scared to death of YOU,” Sloan tweeted yesterday.