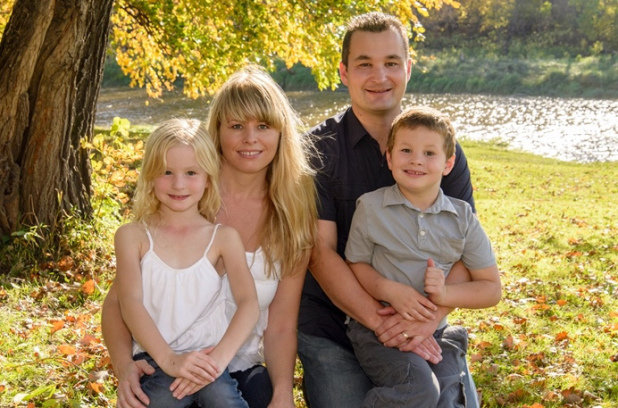 Rod Bruinooge, a Manitoba Metis and one of Parliament’s leading pro-lifers, has announced he won’t run in the next federal election, appropriately enough, in order to spend more time with his young family.

“It's hard not to be around for things,” Bruinooge told the Winnipeg Free Press. “When I was first elected I didn't even have kids.”  He was first elected to the House of Commons in 2006. The following year his wife Chantale gave birth to daughter Sarah and two years later to son Luke.

Pro-life leaders in Manitoba and Ottawa were saddened by Bruinooge’s announcement. “I am disappointed. He has been an excellent MP,” said Mary Ellen Douglas of Campaign Life Coalition Canada.  “He’s going to be missed. He has always had strong moral principles.”

Andrea Mrozek, head of the Institute of Marriage and Family Canada, called Bruinooge “an honourable example of a fine MP who did a lot of good. He is a thoughtful conservative who got the issues in a broad sense.”

Maria Slykerman, president of Campaign Life Coalition Manitoba, echoed Douglas. “He’s a good pro-life friend,” she told LifeSiteNews. Though he wasn’t always so, when he got into federal politics he was strongly influenced by two “Ukrainian Catholic gentlemen” who helped with his campaigns and pointed him in the right direction.

Once elected (by just 111 votes the first time) his pro-life commitment grew with his new family. “He’s pretty proud of his two children,” said Slykerman.

Before entering federal politics, Bruinooge considered running for the leadership of the Manitoba Progressive Conservatives and has said he isn’t ruling out a return to the provincial arena. Although the PCs have lost the last four elections, the New Democratic government is riven by dissension and in the throes of choosing a new leader.

A Metis with a high-tech background, Bruinooge co-created a popular role-playing game called The Stone.  His advocacy for the advancement of Canadian natives through self-improvement and education rather than government handouts alienated him from Canada’s native leadership.

Head of Parliament’s inter-party pro-life caucus, Bruinooge’s best known pro-life initiative was Roxanne’s Law, a private member’s bill he introduced in 2010. Though supported by 87 fellow Conservatives and 10 Liberals, it was opposed by half his own caucus and much of the Cabinet, most Liberals and all New Democrats and Bloc Quebecois members. Though it did not pass first reading it did get 10 more votes than he expected, he said at the time.

Roxanne’s Law would have made it an offense to coerce a woman to seek an abortion, and was named after Roxanne Fernando, a Winnipeg woman beaten to death by her boyfriend in 2007, after refusing to get an abortion.