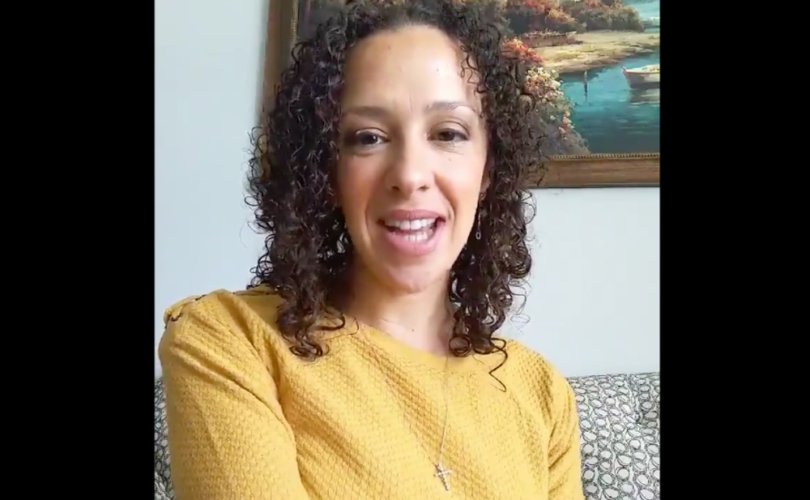 CAMBRIDGE, Ontario, July 29, 2020 (LifeSiteNews) ― A social conservative Member of Provincial Parliament was dismissed from her party after voting against the Ontario government’s COVID-19 recovery bill.

Belinda Karahalios, 38, formerly the Progressive Conservative (PC) and now the Independent MPP for Cambridge, Ontario, voted against Bill 195 on July 21. Karahalios is the wife of Jim Karahalios, the lawyer who was twice disqualified by the PCs as a leadership candidate.

Bill 195, which passed into law on July 21, is also called “An Act to enact the Reopening Ontario (A Flexible Response to COVID-19) Act, 2020.” Although it ends Ontario’s state of emergency, the new law also represents a continuation of some emergency orders for Ontario during the coronavirus outbreak. Most controversially, it allows the Premier of Ontario to extend or change the emergency orders for a month at a time, for up to a year, without consulting the Legislature.

Belinda Karahalios told Canadian interviewer Andrew Lawton that she didn’t mind the flexibility the bill demanded but objected to the absence of a vote on the extension or amendment of emergency orders. Being a member of the party in government made no difference to her commitment to the democratic process.

“You cannot trust any one government,” she told Lawton in an interview published yesterday. “New Democrat, Liberal, Conservative: you still need some type of discourse and debate.”

Karahalios said that she had tried to talk to Premier Doug Ford about her problems with Bill 195 before the vote. When he went back on a promise to call her, she told his office of her misgivings about the bill.

The MPP for Cambridge said that she had experienced pressure before to vote against her conscience for bills backed by the PC party. When Karahalios showed resistance to voting for a bill that would allow Ontario youths to buy marijuana from the age of 19, she was told, she said, “If you ever want to be a minister, you’re going to have to vote the right way.”

Karahalios voted for the marijuana bill, but Bill 195 struck her as even more important to oppose because it ignores principles of democracy, she told Lawton.

The Canadian Justice Centre for Constitutional Freedom (JCCF) denounced Bill 195 as an “unconstitutional power grab” and praised Karahalios’ courage in voting against it.

“Bill 195 has taken law-making power regarding emergency orders away from the elected members of the Ontario Legislature and vested it in Doug Ford’s Cabinet,” the JCCF said in a July 22 statement.

“In a move that seems to exemplify and symbolize the Bill 195 power transfer away from elected legislators, the lone Progressive Conservative Party member to vote against Premier Ford’s Bill, MPP Belinda Karahalios, has been punished for her courage and principle by being kicked out of the party.”

Jay Cameron, the Justice Centre’s Litigation Manager, said that Ontarians have been silenced by Bill 195.

“Emergency powers should be temporary and subject to rigorous, principled dissent. Bill 195 is the silencing of the peoples’ voice through their representatives in the provincial parliament,” he stated.

“The removal of MPP Karahalios is a warning sign that the Ford government has an antagonistic stance toward democratic restraint on its power.”

“We have been steadily losing our democratic rights and freedoms, primarily from despots like Justin Trudeau and other leftists, but now, the supposedly ‘conservative’ Premier of Ontario is joining in this erosion of civil liberties,” Gunnarson wrote.

“Remember – once the state seizes power, it never relinquishes it,” he continued.

“Ford has entered dangerous territory for our democracy, and we thank MPP Belinda Karahalios for taking a stand against this government overreach.”

Teresa Pierre of Parents as First Educators (PAFE) also voiced protest against the Premier, Bill 195, and Karahalios’ expulsion from the PC caucus.

“The limiting of our rights and restrictions on our liberty that may be acceptable in a state of emergency is not acceptable when the emergency is over, yet Doug Ford has chosen to ignore this basic principle of governance,” she wrote, and reminded PAFE supporters that Ford has already betrayed them.

“PAFE strongly protests the totalitarian aspect of Bill 195, which is a continuation of this encroachment, giving Ford and his Cabinet unprecedented powers to infringe on and interfere in the lives of Ontario families.”

Belinda Karahalios’ press statement on Bill 195 can be read here.

1
The simple reason why you should stop using Gmail
2
Pro-life Catholic father Mark Houck pleads not guilty to federal charges after FBI raided his home
3
FBI raids home of Catholic pro-life speaker, author with guns drawn as his terrified kids watch
4
Tucker Carlson: Biden admin ‘may have blown up’ gas pipelines in Baltic Sea
5
Prophecy: War will break out in Europe after Pope visits Moscow
Subscribe to Daily Headlines »