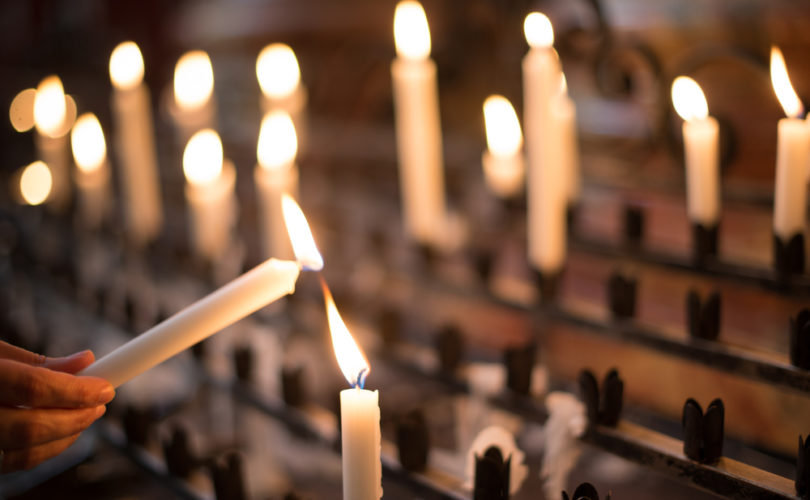 'When I went into the Catholic Church...I just felt there was something holy and sacred, a powerful presence that I had never experienced in my own church.'Shutterstock.com

A Canadian pro-life organization is calling on pro-lifers around the world to join in a national day of prayer and fasting for Canada as it re-enters a time of debating abortion.

“Prayer is the most powerful way to bring about peace and a respect for the greatness and dignity of human life, no matter what its stage of development, its creed, or its nationality. Fasting solidifies our resolve to make these things happen with God’s help,” stated the national pro-life education organization LifeCanada in a press release about the Friday, August 1 event.

The organization says the request for prayer comes at a time when an abortion storm is currently sweeping across the nation.

The rumbling thunderclouds appeared in May when Liberal Party leader Justin Trudeau declared that only pro-choice candidates would be allowed to run in the party’s nominations for the 2015 federal election. Mr. Trudeau went on to state that party members would be whipped to vote pro-abortion if the matter was to come up.

“Political party leaders have trampled on the rights of Canadians by enforcing pro-abortion policies within their parties, thereby dictating over matters of conscience,” says LifeCanada.

The storm intensified when the abortion movement in the Maritimes used the purported closure of a private abortion clinic in New Brunswick to pressure the government into funding the procedure in private clinics, not just in hospitals. Now with a provincial election happening in September, abortion is at the top of the agenda.

Adding to the storm’s intensity is an international conference on abortion to be hosted in August in Prince Edward Island, the only province where abortions are not performed. Titled “Abortion: The Unfinished Revolution,” the conference seeks to promote the cultural and political acceptance of abortion.

LifeCanada sees prayer as a remedy against abortion increasing in Canada.

“Prayer has always been a means of defending the most innocent. Prayer is a great civilizer – it brings about forgiveness, understanding, healing and the grace to see life from the perspective of God Himself.”