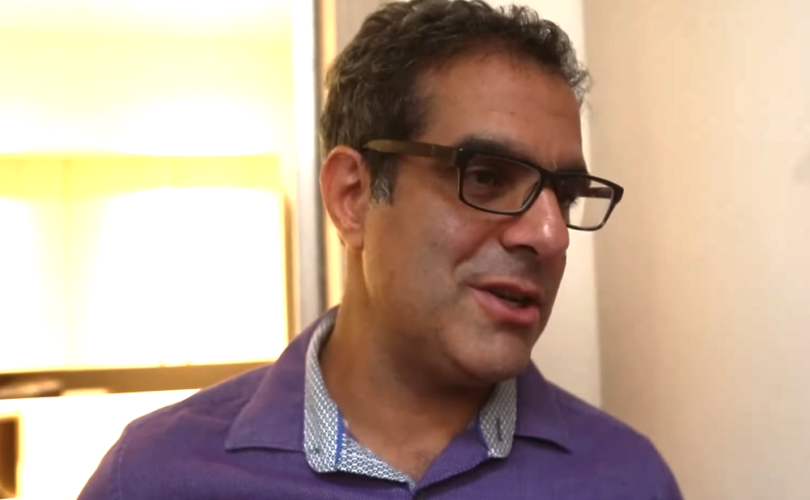 OTTAWA (LifeSiteNews) – A Canadian professor faced international ridicule for shaming on Twitter a maskless United Airlines flight attendant on a trip from Ottawa to Chicago.

This past Saturday, University of Ottawa law and epidemiology professor Amir Attaran uploaded a photo on Twitter of a United flight attendant, accusing the airline of breaking Canada’s mask rules.

“Hey @United, why are you breaking the law? Masks are required on all flights out of Canada. Your flight attendant isn’t wearing one! This is UA3737 in Ottawa right now,” tweeted Attaran.

Attaran continued with his mask outburst, tweeting, “Canada is not the USA, you f***ers.”

Canada, unlike the United States, still has a mask mandate in place for air travel despite the federal government suspending on Monday a COVID jab mandate for air and rail travel.

Many did not take kindly to Attaran’s online attack against the United Airlines flight attendant.

“This is beyond creepy. A professor taking photos of a young worker to shame her. Maybe don’t fly if you can’t handle seeing someone’s face,” tweeted Pushaw.

Dr. Jordan Peterson, who is a former University of Toronto professor and well-known advocate for free speech, had this to say.

Attaran responded to Peterson by saying he was a baby. He then challenged him to a debate in Ottawa.

In a later tweet, Attaran said he had a “friendly chat with the flight attendant,” and found out she is blameless because @United misinforms its crew.”

He then continued with his anger, tweeting, “United should be forbidden flying to Canada—immediately. Our country, our rules.  Even the supervisor I talked with in Chicago didn’t understand Canadian rules apply to flights departing Canada.”

“Bunch of Yankees mad about this and trying to ratio. HAVE FUN. Don’t like Canada’s laws? Then keep your American companies in your own country. Our country, our rules. That’s why your COVID death rate is triple ours, a**holes,” added Attaran.

As for United Airlines, it responded to Attaran, thanking him for bringing the mask issue to its attention.

“Hi Amir, thanks for bringing this to our attention. We’ve informed the appropriate teams for further review,” the airline wrote.

Even some who are considered to be on the progressive side took issue with Attaran’s diatribe.

Emma Vigeland, a correspondent for The Young Turks, wrote, “What the hell is wrong with you?”

Huffington Post contributor Yashar Ali wrote in response to Attaran, “Do you know what kind of hell flight attendants have been through during this pandemic? Dealing with harassment and bullying nonstop? And you post this poor woman’s photo and target her? And then admit later she didn’t even know?”

Attaran’s own Twitter bio states that he “wrecks grifters, anti-vaxxers & scientific illiterates,” and has in the past been blasted for name-calling the vaccine free.

Last year, he was temporarily banned from Twitter for going after Prime Minister Justin Trudeau, saying he should be “tarred and feathered” for not getting the COVID shots for kids out quick enough.

A look through his tweets shows that he has called those who have not been jabbed, or have called into question the COVID injections, homophobic, racist, trash, and even anti-Semitic.

Canada remains an outlier in the world when it comes to COVID travel mandates. While most of the world has done away with mask mandates for air travel, Canada retains its mask rule, along with a mandatory quarantine for the vaccine free upon returning home.