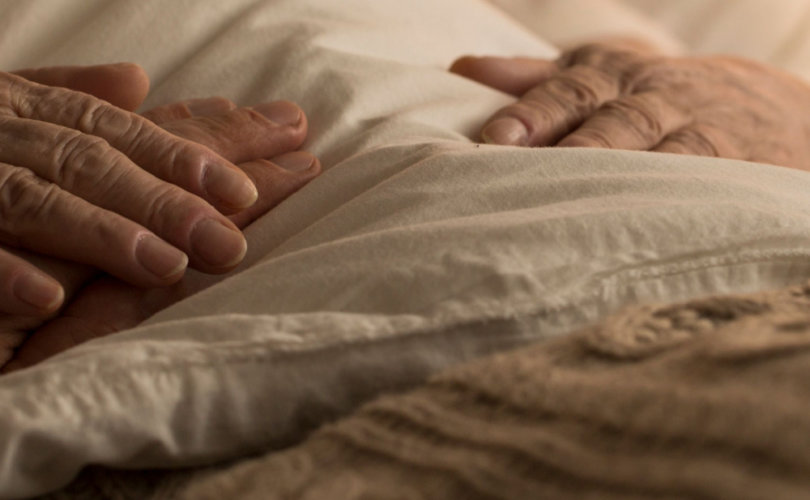 (LifeSiteNews) – After much outcry, notably from People’s Party of Canada leader Maxime Bernier, the Canadian province of Saskatchewan has removed an option from a health link phone line for anyone to inquire about government-sanctioned assisted suicide or euthanasia.

Saskatchewan’s minister of mental health Everett Hindley confirmed with the Canadian Broadcasting Corporation that the province’s 811 phone hotline will no longer contain an option for information regarding its Medical Assistance in Dying program (MAiD).

“It does not make sense to greet people with a message that could potentially imply that suicide is an option,” Hindley was quoted as saying to the CBC.

Hindley noted that it was his office that told the Saskatchewan Health Authority to remove as an option from its 811 helplines the message for MAiD.

He said the removal of the option came about after a mental health and suicide prevention advocate “for whom suicide is a deeply personal issue” raised concerns about it as a phone-in option.

Late last month, Bernier sounded the alarm over the dial-in MAiD option after sharing a video posted online showing how when one dialed into the province’s 811 Healthlink, selecting option 5 took the caller to an assisted suicide option.

Late last month, Bernier tweeted a video of a call to Saskatchewan’s 811 helplines, where it can be heard “press 5 if you wish to leave a message for a medical assistance in dying program.”

Bernier blasted the option, saying those pushing euthanasia on the vulnerable should be held “criminally responsible” for their actions.

— Article continues below Petition —
PETITION: Demand the Conservative Party apologize for not resisting Trudeau's COVID regime
Show Petition Text
2572 have signed the petition.
Let's get to 4000!
Thank you for signing this petition!
Add your signature:
Show Petition Text

Dial-in option for information on MAiD

In speaking to LifeSiteNews, Bernier noted that he is “pleased that the government of Saskatchewan has come to its senses and stopped promoting and suggesting euthanasia to people in distress” via the 811 Healthline.

“That is telling me that we were right to raise this issue publicly and denounce it. Soon after we did, the provincial minister of mental health directed the Saskatchewan Health Authority to remove the MAiD option from the health line,” Bernier said.

Bernier is a libertarian, and while he said that he is not opposed to MAiD overall per se, it should only be used “in extreme cases” and not be promoted as an “alternative to other treatments.”

“It should never be suggested or encouraged by the medical personal. The federal government should reopen MAiD legislation to restrict its use, not make it easier for more people in more situations, as is now the case,” Bernier told LifeSiteNews.

“It should make it a criminal offense for anyone in the health system to encourage patients to have recourse to it.”

Bernier also noted that he is “afraid” for Canadians in vulnerable situations due to issues in healthcare in Canada. The nation’s “horribly managed health care system” could see “MAID increasingly seen as a way to get rid of patients and lower costs by calculating health bureaucrats.”

“This,” Bernier pointed out, “is abominable and completely immoral.”

Alex Schadenberg of the Euthanasia Prevention Coalition recently noted how assisted-suicide deaths in Canada have jumped 32 percent from last year.

The new law took away “safeguards” in place with Canada’s euthanasia legislation, including the prerequisite that the person who is looking to take his or her own life with assistance be terminally ill, and able to provide their consent at the time of death.

Also, Bill C-7 took away the requirement that two witnesses be present to demonstrate that the person who is seeking to kill himself indeed wants to “die” with medical aid.

Euthanasia was legalized in Canada under Prime Minister Justin Trudeau in 2016 with Bill C-14.

Recently, the pro-life Delta Hospice Society told LifeSiteNews that “thousands” of Canadians have moved to protect themselves from assisted suicide via its Do Not Euthanize’ Advance Directive (DNE).