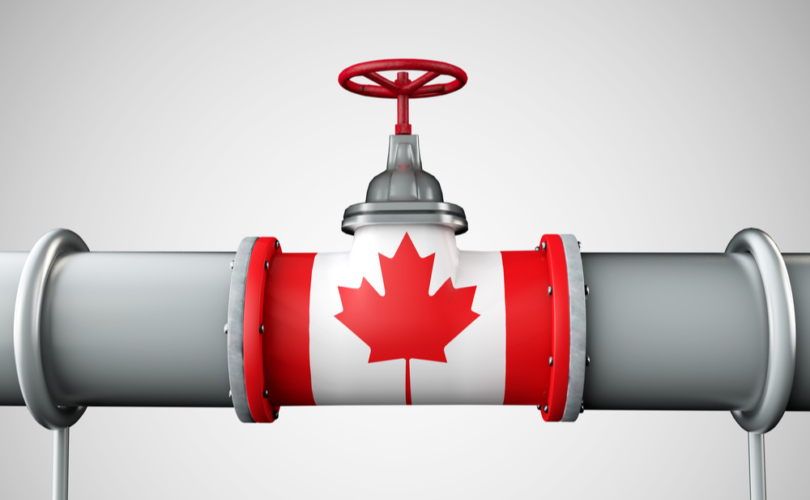 EDMONTON, Alberta  (LifeSiteNews) – Legislation that severely limits the ability of Canadian provinces from developing their natural resources — especially Alberta, its largest oil and gas producing province — has been called a “wrecking ball” of a law by a panel of judges.

“The ‘No More Pipelines’ Act (Bill C-69) was ruled unconstitutional by Alberta’s Court of Appeal in a major 4 to 1 decision! An historic victory, and central part of our strategy to fight for a fair deal,” tweeted Alberta Premier Jason Kenney on Tuesday.

Bill C-69, or the “no more pipelines bill,” was enacted by the Liberal government of Prime Minister Justin Trudeau in 2019. It was then almost immediately challenged in court by the Kenney government.

Also known as the Impact Assessment Act, the law essentially allows the federal government to intervene heavily on the approvals process of new resources projects, so that before approving the projects, they would align with the Liberal’s social issues and climate change priorities.

In its 4-1 decision released Tuesday, the Alberta Court of Appeal wrote, “The federal government’s invocation of concerns about the environment and climate change that all provincial governments and Canadians share is not a basis on which to tear apart the constitutional division of powers.”

“This legislative scheme allows the federal government to essentially render worthless the natural resources of individual provinces by stopping their development. If upheld, the (act) would permanently alter the division of powers and forever place provincial governments in an economic chokehold controlled by the federal government.”

The court added, “To deprive Alberta and Saskatchewan, which together have the vast majority of oil and gas reserves in this country, of their constitutional right to exploit these natural resources — especially while the federal government continues to permit the import of hundreds of millions of barrels of oil into Canada from other countries — is to reintroduce the very discrimination both provinces understood had ended, if not in 1930, then certainly by 1982.”

The Alberta government under Kenney argued that the law allowed the federal government to interfere with a province’s constitutional right to develop its resources.

Kenney said that law was an infringement on provincial powers and an attempt by Trudeau to gain control over Canada’s oil and gas industry.

The Canadian Taxpayers Federation (CTF), who intervened in the case, welcomed the latest ruling.

It is estimated by the CTF that stifling Canadian pipeline growth by artificial means through anti-oil and gas legislation could cost Canadians $12.8 billion in revenue by 2023.

It should be noted that Canada’s Supreme Court last year struck down an Alberta Court of Appeals ruling that found the federal carbon tax unconstitutional.

Trudeau has cited “climate change” as a reason to push through a radical agenda that calls for an end to the nation’s oil and gas industry, which would devastate the livelihoods of millions of Canadians and fuel more inflation.

Indeed, the Liberals’ recent climate plan has been panned for attacking Canada’s oil and gas industry.

Climate extremism and a goal to phase out reliable, cheap, abundant, and efficient oil, gas, and even coal is a hallmark of the World Economic Forum’s (WEF) “Great Reset” agenda.

1
Canadian doctor sounds alarm over 13 ‘sudden’ deaths among physicians since COVID jab rollout
2
The jabbed aren’t just unprotected against COVID, they’re also suffering the most
3
After raid heard ’round the world, the choice is between Constitutionalism and de facto Communism
4
Cdl. Burke warns of ‘advancing apostasy’ in the Church during Latin Mass homily
5
‘Destruction of the defenseless’: Pro-life archbishop condemns Biden’s pro-abortion executive orders
Subscribe to Daily Headlines »