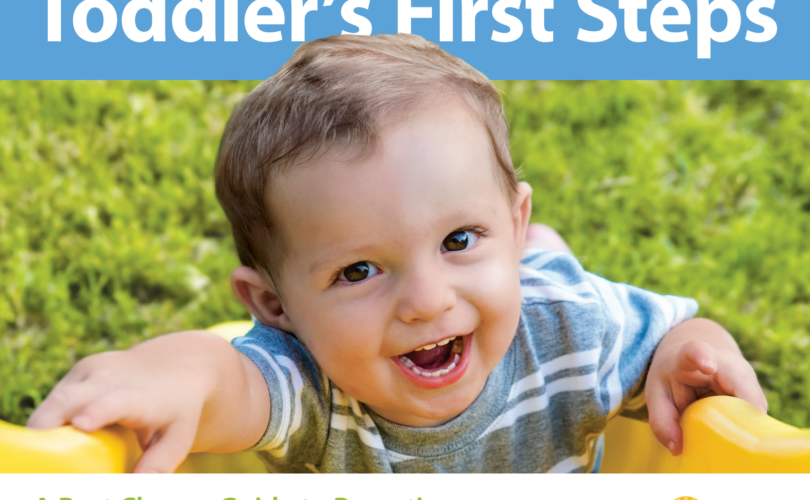 (LifeSiteNews) – A Canadian provincial government booklet for parents with toddlers contains text promoting radical gender ideology, such as saying it’s OK for kids to reject their birth sex and switch between “calling themselves a ‘boy’ and a ‘girl,’ or avoid being labeled at all.”

The booklet titled “Toddler’s First Steps: A Best Chance Guide to Parenting Your 6-to-36 Month-Old Child” was updated in March. It was published by the government of British Columbia’s HealthLinkBC, which is part of the BC Ministry of Health.

It includes an entire section dedicated to “Gender Identity” and is available in English, Chinese, and French.

“Most children will call themselves either a ‘boy’ or a ‘girl.’ This may or may not match the sex they were assigned at birth, and it may change over time,” reads the opening paragraph.

The booklet then continues, saying that “most children will identify with the sex they were assigned at birth.”

“Others may realize that their gender identity doesn’t match their assigned sex. Some children may switch between calling themselves a ‘boy’ and a ‘girl,’ or avoid being labeled at all,” reads the booklet.

“All children may express their identity in creative ways.”

The booklet then says that a toddler exploring their “gender identity is a normal and healthy part of every child’s development. And all children do best when they know they’re loved and accepted for who they are.”

The adoption of what are termed “trans-inclusive” pronouns has been heavily promoted by those in the LGBT movement. This is despite the hard reality of one’s biological sex, as well as many people’s religious beliefs that God created “man” and “woman.”

Such pronouns are also promoted even though, statistically speaking, only 0.33 percent of Canadians identify as “transgender” or “non-binary,” according to recent data.

The booklet continues with radical gender ideology, suggesting that parents should be on the lookout to see if their kids have any “transgender” tendencies.

“You can’t tell a child’s gender identity from their choice of toys or clothes. How a child expresses themself (gender expression) does not necessarily signal who they know themself to be (gender identity),” reads the booklet.

“Allow your child to wear the clothes and play with the toys they like. Show your child that people of all genders exist and live happy lives.”

Many took to Twitter to blast the booklet’s “Gender Identity” section as nothing more that the early indoctrination of kids via the state.

“In Canada, we don’t even wait for junior kindergarten to begin the transgender grooming and promotion. Public Health begins the indoctrination program before the woke teachers,” tweeted the account No More Lockdowns Canada.

Another Twitter user Maruxa wrote, “Three year old children can be spiderman, a princess ballerina, a policeman, black belt in karate, a kitten, a horse, all in the same morning. To read it as more than play and fun is absurd.”

Last month, the government of Prime Minister Justin Trudeau said it would fund LGBT groups to the tune of $100 million.

This comes after Canada recently passed a law banning so-called “conversion therapy,” which says the alleged practice is “dangerous” and criminalizes “conversations between consenting adults.”

Parental rights in Canada have also been recently eroded.

Recently, a tribunal has ruled that a young girl who was traumatized by radical gender ideology after her teacher told her class there was no such thing as “boys and girls” did not have her rights violated.

“A girl can go to school knowing she’s a girl and come home unsure of who she is because schools are meddling with children’s identities by completely disregarding biological reality as a relevant and important personal characteristic – now with the full support of the HRTO,” Buffone said.

The proliferation of the use of trans pronouns has been on the rise in recent years, notably in public education.

“Canada is lost. A Grade 1 teacher taught that there is no such thing as girls and boys, and the court found in her favour,” tweeted Elston.

“We need an upheaval of our entire political class. Not one single Member of Parliament has the brains or courage to object to this.”