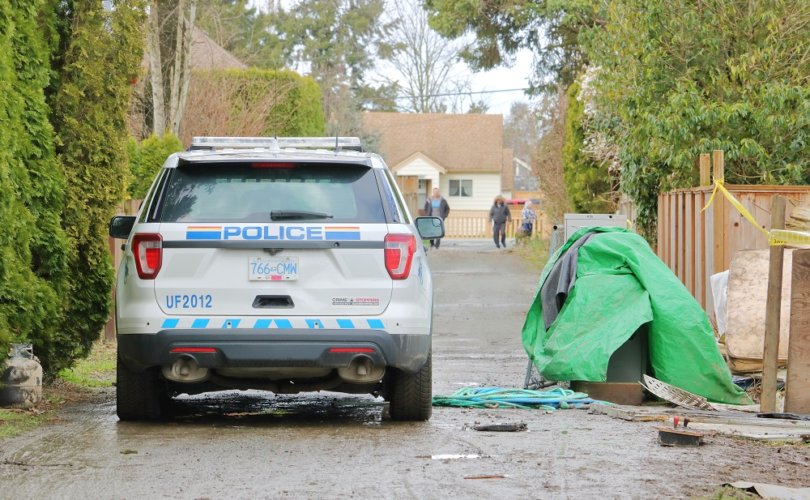 In a press release explaining the charges, RCMP from the Upper Fraser Valley Regional Detachment said they had engaged with the churches to “educate” them about the fact they were breaking local health regulations before handing them the fines.

“On the mornings of December 6 and 13, 2020, Chilliwack RCMP responded to reports of groups of people gathering at three separate churches contrary to the existing PHO (Public Heath Orders),” said police.

On the same day the tickets were handed out, the B.C. Civil Liberties Association (CCLA) sent an open letter to British Columbia’s top doctor, Dr. Bonnie Henry, and the province’s health minister, Adrian Dix, to implore them to reverse the ban on religious services.

The civil rights group said banning in-person worship by “imposing a restriction on religious freedom” is “disproportionate and unnecessary.”

“In any event, we are writing about an activity that is constitutionally protected. Individuals engage in in-person worship services for a variety of reasons, but to compare these services to a night at the movies or theatre does a disservice to this constitutional right,” wrote the CCLA in their letter to Henry and Dix.

“For many, worshipping as part of a community is essential to their mental and spiritual health and well-being. Although some may be able to achieve the same sense of community from a virtual service, this may not be feasible from some individuals, particularly the elderly, those who are low-income, recent immigrants and refugees, or those who may have limited access to the internet.”

In November, British Columbia banned in-person worship services as part of a greater lockdown in the province due to an apparent rise in COVID-19 cases.

In the same month, a reporter for CBC posted a message with a video on her Twitter account calling out one of the Chilliwack churches for holding in-person religious services.

“I counted more than 60 people inside this church in Chilliwack, a bold breach of PHO orders to suspend gatherings due to record high Covid cases. Another church nearby was visited by RCMP. Unfortunately both religious leaders decline to speak with us on camera. @cbcnewsbc,” wrote Georgina Smyth, a Vancouver-based reporter.

Earlier in December, the CBC ran then ran a report that called out the fact that both the Free Grace Baptist Church and Chilliwack Free Reformed Church were holding in-person religious services despite them being banned by the province.

As for the province’s top doctor, Henry, she said in November that she has “no time for people who believe that wearing a mask somehow makes them ill or is a sign of lack of freedom,” or for those who oppose vaccines.

In October, Dr. Stephen Malthouse, who practices family medicine in British Columbia, made headlines for writing to Dr. Henry to blast the government’s COVID-19 lockdown policy.

In his letter, Malthouse states that there “appears to be no scientific or medical evidence for” the continuance of lockdowns, face masks, social distancing, the “arbitrary” closing of schools and businesses, and the “the closing down of or restrictions on religious places of worship.”

He also told LifeSiteNews recently that Canada’s low flu rates this year could be for a variety of reasons, but that to see such a drop in flu numbers from flu shots,” which he says at the very most are 60% effective, “seems unlikely.”

Other churches in Canada have been fined for defying government health orders and holding in-person services.

The Manitoba Church of God in Steinbach was handed a $5,000 fine after defying COVID-19 restrictions to hold an in-person service. The same church again defied COVID-19 rules banning all church services other than virtual ones on Sunday, November 29, and held a drive-in service that saw the police block the parking lot of the church.

Only days after issuing huge fines to the church for holding “illegal” drive-in church services, the government of Manitoba reversed course to allow people to worship in their cars in church parking lots.

In early December, the pastor of the Manitoba Church of God in Steinbach, Tobias Tissen, was fined over $6,000 for holding a drive-in service for the second week in a row.

Just recently in British Columbia, a four-time Paralympic athlete born with no hands was evicted from a bookstore for not wearing a mask, despite the fact she is physically unable to put one on without help.