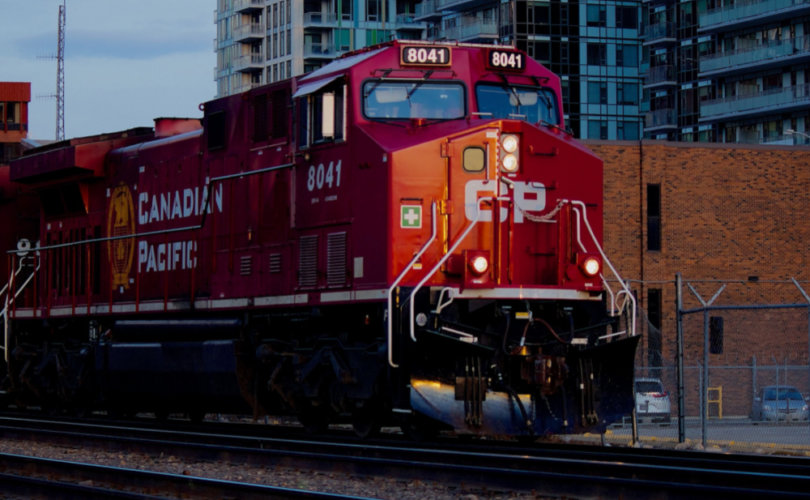 (LifeSiteNews) – One of Canada’s largest rail companies was not able to fully go along with a federal COVID vaccine mandate while keeping its trains running safely, recently disclosed records show.

According to Blacklock’s Reporter, labour board records reveal that for Canadian Pacific Railway to be in full compliance with a COVID vaccine mandate, it would have meant placing its “critical operations of the railroad at risk.”

Tom Hodges, a federal labour arbitrator, wrote that to be “fully compliant with the Ministerial Order” the company had to undertake “significant hiring efforts along with the reallocation and redistribution of resources since the placement of all non-compliant employees on a leave of absence effective January 24 would have placed the critical operations of the railroad at risk.”

As a result, Hodges said that “a limited number of non-compliant employees were allowed to continue active employment in order to ensure the safe and uninterrupted operations of the railroad.”

The federal government of Prime Minister Justin Trudeau imposed a COVID vaccine mandate on all federally regulated industries in late October 2021. The mandate went into effect on January 24, 2022 and required all workers to prove they had two shots or provide a religious or medical exemption.

While the mandate was “suspended” as of June 20, labour board records show that CPR did not fully comply with the rule.

The labour board records came as a result of a protest from Teamsters Canada Rail Conference for one of its members, who was denied a religious exemption for the COVID jab mandate.

The employee, Joshua Bergen, was described by the Teamsters as a devout Christian and member of a church board who “serves the church faithfully on an ongoing basis.”

Bergen was suspended without pay on January 25, 2022, as Canadian Pacific Railway had dismissed his request for a religious exemption.

Hodges noted that the “union maintains the grievor never received an explanation from the company about why his November 8 exemption request was denied.”

“All he ever received was an email on November 9 that simply denied his request without providing any explanation,” Hodges said.

The Teamsters had contended that Canadian Pacific Railway had “openly acknowledged” that unvaccinated employees could continue working.

According to Hodges, the union requested the railway to disclose how many employees either refused to reveal their status or asked for an exemption. To date, the total number of people placed on leave for not complying with the jab mandate has not been disclosed.