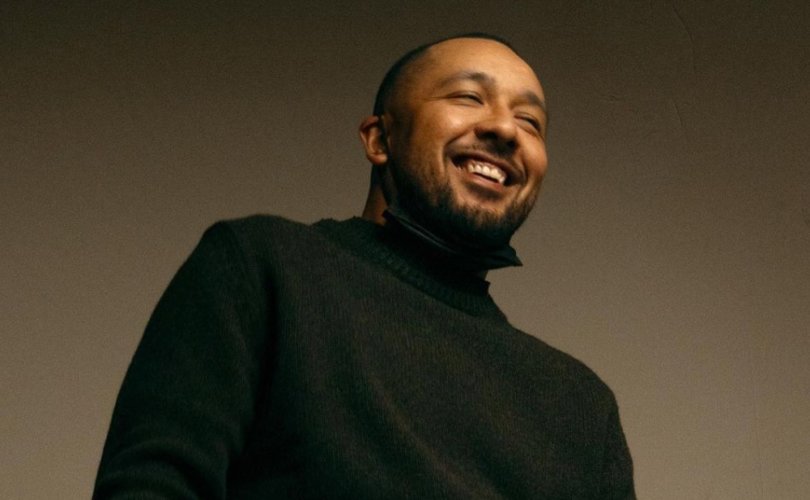 (LifeSiteNews) – A Canadian rapper has published a new video challenging his nation’s mainstream COVID narrative and demonization of people who choose not to be jabbed.

Inspired by his Christian faith and a desire to do something positive for Canada, Vancouver native and Rebel News videographer Matt Brevner released a pro-freedom song called “More of Us” on Tuesday.

“I’ve been covering pandemic stories with my colleague Drea Humphrey for the past year,” Brevner told LifeSiteNews.

“I’ve met so many inspiring people who despite staring down the end of a barrel, whether that be facing job loss or ridicule, have stood up for what they believe is right. Stood up for all of us. It pains me to see how these folks are painted in the media. Last year’s heroes, this year’s zero,” he continued.

“I felt inspired to write a song about it and include some of my favourite footage that I shot with Rebel News in 2021. I’m really disgusted by all of the violent rhetoric coming from the very top towards the unvaccinated. It’s dangerous, and it needs to stop.”

The song is a melodic and hopeful-sounding hip-hop tune that expresses Brevner’s feelings about what has happened to Canada since the pandemic was declared in March 2020.

“I can’t help but look around and feel like things are getting out of hand,” it begins. “We’ve been told to trust the science, but the science just doesn’t make sense.”

The song criticizes coerced vaccination, underscoring the hypocrisy that a person could have to choose between “your jab or your job” when the jabs aren’t called mandatory.

Brevner also points out in the song that health care workers and “frontline nurses” who worked “18 hours a day” at the outset of the declared pandemic were eventually deemed expendable and laid off, in some cases, if they did not take an experimental jab that they were not comfortable with.

The artist’s hope and Christian faith shines through in the song, as he says that he “can’t help but look around and feel like minds are slowly starting to change, ‘cause even if you are triple vaccinated, [you] know that segregation isn’t the way.”

“Heavenly Father, show me what I don’t understand yet. I got my marching orders; I don’t fully know the plan yet.”

The overall theme of the song is that Brevner believes there are “more of us than them” when it comes to pro-freedom versus anti-freedom advocates in Canada. The video features a montage of protests with tens of thousands of people from all over Canada and the world showing opposition to the lockdown and vaccine mandates.

In the past two days, the song has garnered almost 100,000 views on YouTube alone and is trending near the top of the charts, despite the fact that – as the artist explained to Rebel News chief Ezra Levant – Google had censored his ability to promote the video due to the anti-vaccine mandate content.

Wow we’re currently trending #14 on the Youtube music charts even though they blocked all of the advertising. Thank you so much for all of the kind messages! There really is way more of us than them. 🧡
Full video: https://t.co/XMKgE5KfO4 pic.twitter.com/Gu30FvoBvf

Brevner was “canceled” from the mainstream music scene in Canada in 2020 after appearing alongside a street preacher who was proclaiming the biblical truth about human sexuality.

In June 2020, local news in Vancouver aired footage of a street preacher speaking about who and who will not inherit the Kingdom of Heaven according to Sacred Scripture. Brevner was filmed beside the preacher, holding a placard with a quotation from the Old Testament Book of Amos: “Seek the Lord and ye shall live.”  The preaching event was labeled as “homophobic” by the press.

Well-known across Canada, Brevner was then effectively driven from the music scene for his biblical beliefs about marriage

Later in the year, he began working with Canadian independent news outlet Rebel News as a videographer and video journalist.

In a May 2021 interview, he told Rebel News host Sheila Gunn Reid about the ordeal of being cancelled and how he found his way to Rebel News. He recalled that his Christian faith was lukewarm earlier in his music career.

“Up until maybe four years ago, you know, Jesus was my Saviour, but not my Lord,” he said.

Brevner’s music changed with his convictions, and now he raps about more moral and Christian themes. He said that some of his “most commercial successful music is some of the most damning,” and that is something he wants “to make right now” with his life.

Working with Rebel News, Brevner is no stranger to controversial takes on lockdowns and COVID topics in general. He has covered protests against restrictions and vaccine mandates across British Columbia with colleague Drea Humphrey. Humphrey, also an outspoken Christian, interviewed Father David Sherry, District Superior of the SSPX Canada, about the unlawful closure of Christian churches in Canada during lockdowns.

The lockdowns and restrictions have been especially hard on musicians in Canada, who have had no real opportunities to host the live venues that help them make a living. You can support Brevner by clicking this link where you can download and donate something for the cost of the song.

More of Us (Lyrics)

I can’t help but look around and feel like things are getting out of hand
We’ve been told to trust the science, but the science just doesn’t make sense
They say it isn’t mandatory, but they also say “your jab, or your job”
But if it doesn’t stop the spread, it makes it feel like this is just a facade
What about the health care workers? What about the frontline nurses?
How quickly we forget that they were working 18 hours a day
What about informed consent? What about due diligence?
It seems like the country that I used to call home is surely slipping away

I can’t help but look around and feel like things are slowly starting to change
‘cuz even if you’re triple vaccinated, know that segregation isn’t the way
Freedom is a choice, and its available to all if we chose
But first things first, you gotta turn off the news
What about the health care workers? What about the frontline nurses?
How quickly we forget that they were working 18 hours a day
What about informed consent? What about due diligence?
It seems like the country that I used to call home is surely slipping away

If you’re late to the party, there’s plenty room at the table
This side don’t discriminate
I’m calling on every single man, woman, child if they’re able
It’s time to take the streets and liberate
But please don’t be a part of the problem, staying wilfully ignorant
‘cuz there’s just way too much at stake
Yo, it’s OK to change your mind, you can admit you were wrong
‘cuz where there’s perfect Love, there ain’t no shame
Heavenly Father, show me what I don’t understand yet
I got my marching orders, I don’t fully know the plans yet
Hold on to my Bible before bed, no it ain’t banned yet
Did you know the makers of the vaccine make the Xanax?
I would never lean on corporations for morality
‘cuz they put their profits over people for their salaries
I know trying to make you bend the knee for your normality
I know you’re feeling all alone, but in reality

There’s way more of us than them.