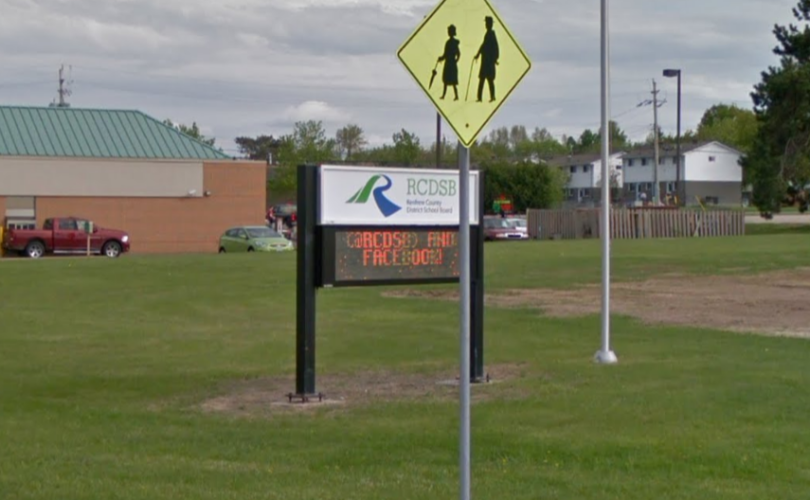 PEMBROKE, Ontario (LifeSiteNews) — The vice chair of the Renfrew County District School Board in Ontario has told LifeSiteNews that the rumors of children “identifying” as animals in some of the district’s schools are true.

“I have firsthand knowledge that we do have students identifying as animals, and one in particular that I can confirm 100 percent,” RCDSB vice chair David Kaiser confirmed in a phone call interview with LifeSiteNews on Thursday.

While saying that he fully supports freedom of expression, Kaiser believes that a child choosing to identify as an animal far exceeds this freedom. It is his opinion that the school board should ensure that there are support systems in place to help these confused children.

“I don’t think it’s normal,” Kaiser told LifeSiteNews. “I don’t think that a child is thinking normally or naturally if they are standing up in front of their [fellow] students in the class and identifying as an animal. I feel that that is something that needs support.”

READ: Canada’s public schools are egging children on to declare themselves ‘non-binary’

The issue of animal identification at RCDSB schools first came into prominence several weeks ago after the local Eganville Leader published a letter by concerned citizen Rae Stanley, a resident of Barry’s Bay.

According to an article published by the Leader on October 18, which covers both Stanley’s letter and Kaiser’s response, while Kaiser insisted that no “litter boxes” were actually placed in any of the district’s schools, he confirmed that one school did indeed request one.

However, in speaking to LifeSiteNews, Kaiser said that for privacy reasons and at the advice of the board’s chair, he could not confirm whether any of the district’s schools requested a litter box. However, he did once again deny the claim that any litter boxes had actually been placed in the schools.

Kaiser said that while a few members of the community have reached out to him to express their concern about the reports of children identifying as animals, so far the issue is not widely known.

“Again, it goes back to my goal to get more information and find a way we can support these kids,” he said. “I feel very strongly that we need to reach out and offer them support… They may not want it, but I think that it’s our responsibility to reach out and make sure that they have support.”

Kaiser said that although he is not entirely sure what this support would entail, he has some ideas.

“Perhaps sessions with a psychologist or a behavioral psychologist, or maybe even just touching base with a parent,” Kaiser told LifeSiteNews.

While the situation may seem shocking or absurd to many, as the LGBT agenda continues to gain influence – with recent reports suggesting Canadian schools have been pushing “non-binary” identification on students – “identifying” oneself as an animal is no longer unprecedented.

In fact, there have been multiple reports from various other schools – both in Canada and Australia – showing similar occurrences of animal identification among students.

In addition to animal identification, other forms of “identification” have also been thrusted upon Canadian children in the name of “tolerance.”

Just last month, a high school in Oakville, Ontario publicly defended one of its teachers after video footage surfaced of the man – dressed like a woman – wearing massive prosthetic breasts in the classroom, writing: “As a school within the Halton District School Board, Oakville Trafalgar High School recognizes the rights of students, staff, parents/guardians and community members to equitable treatment without discrimination based upon gender identity and gender expression.”