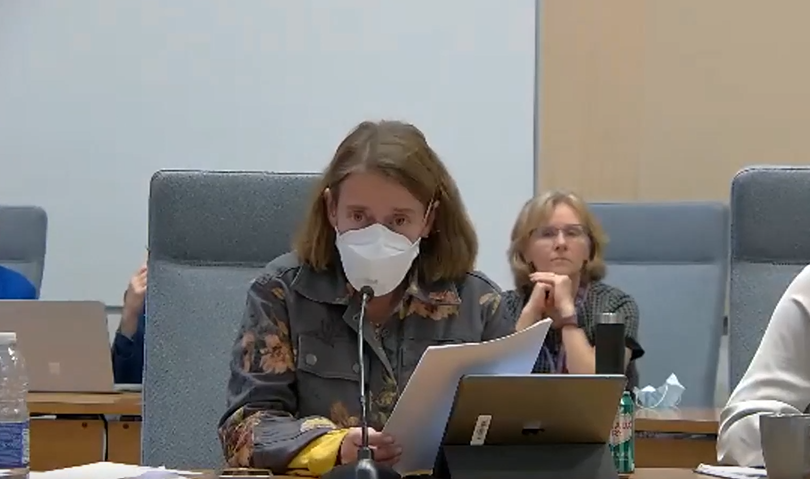 OTTAWA (LifeSiteNews) — The Ottawa-Carelton District School Board’s vote on whether to impose mask mandates in its schools was delayed last night after parents showed up to the meeting in protest.

Tuesday evening’s special board meeting was called so trustees could vote on a motion proposed by trustee Dr. Nili Kaplan-Myrth to force students and staff to don masks for the remainder of flu season.

The meeting was adjourned before a vote being taken after consistent disruptions by attendees, with the measure ultimately being tabled until the next meeting.

During and after the meeting, video footage of the tumultuous event began to pop up on social media, showing dozens of angry meeting attendees voicing their displeasure with Kaplan-Myrth’s motion and mask mandates more broadly.

In one video, people can be heard shouting “Shame!” at Kaplan-Myrth, with another man yelling “You’re a fraud!” as the meeting area was clearing out.

Less rowdy footage of the meeting featured a “father of three children” in the district speaking in front of the board, outlining his reasons for opposing a return to mask mandates in the school district.

“Less than 10 percent of students are wearing masks. That is parents and students telling you they do not support mandatory masking,” stated the father near the beginning of his two-minute speech.

“It’s not the board’s role or jurisdiction to make health policy … if trustees wish to be involved in making health policy at the city or provincial level, they should have pursued that instead of seeking election as a trustee,” added the father, noting that neither the city of Ottawa nor the province of Ontario have mandated mask wearing.

The father also mentioned that requiring students to wear masks until the end of influenza season would force students to mask for months, as the Ontario government’s official website says flu season “typically runs from from late fall to early spring.”

After making his statements, claps and cheers can be heard, suggesting sizable agreement among other attendees.

While Kaplan-Myrth said she was “disgusted that anti-maskers’ tactics prevailed” in having the vote postponed, many others took to social media to applaud those who attended the meeting in opposition to the proposed measure.

Dr. Nili is responsible for the anger and division. She should do the right thing and withdraw her mask mandate motion, and respect parents and students who choose not to mask. https://t.co/aPvKgFHGfe

Regular guy standing up for not just his kid, but all kids. He has the data, he has the backing of the entire Western World, & he has the empathy & ethics.

Round of applause. You can be my wingman anytime, sir. https://t.co/rShSn6WvKA

While the reintroduction of mask mandates has been a popular talking point in Ontario, with the province’s Chief Medical Officer Dr. Kieran Moore strongly “recommending” people go back to wearing masks, many doubt his sincerity and motivation as he was caught “maskless” at a crowded, indoor party just days later.

Many health professionals have also sounded off on mandatory masking, with preeminent European neurologist Dr. Margarite Griesz-Brisson, MD, Ph.D. stating, “The rebreathing of our exhaled air will without a doubt create oxygen deficiency and a flooding of carbon dioxide. We know that the human brain is very sensitive to oxygen deprivation.”

Other experts have also raised concerns with mask wearing, particularly among children, pointing to a possible reduction in immune system function, catastrophic impacts on cognitive development, and an increase in the rate of mental health problems.