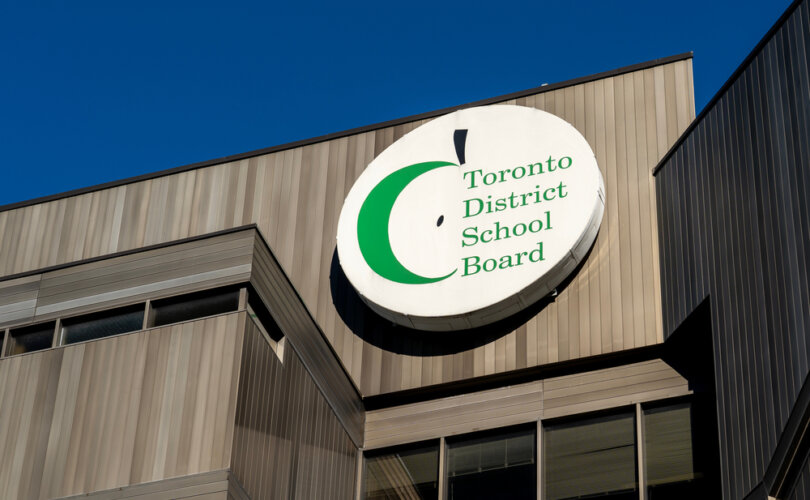 According to documents obtained by True North, the TDSB is planning to conduct two “census” surveys this month – one for grades 4-6 (ages 9 to 11 years old) and the other for grades 7-8 (ages 12 to 13 years old) – that ask children intimate questions about sexuality and gender, including how they identify and whether they have been taught about breast “binding,” male genital “tucking,” and “non-gendered menstrual products.”

“At school, I learn about LGBTQ2SIA+ communities (like their history; non-gendered menstrual products; binding, packing, tucking, or padding options; violence and discrimination faced by the community; etc.),” reads one of the questions in the survey for children in grade 7 and 8.

The surveys goes on to ask questions such as, “How would you describe your current gender identity in your own words?” while providing a list of identities to choose from that include “Boy or man; Girl or woman; Non-binary, N.B. or enby; Genderfluid; Genderqueer; Questioning or not sure of my gender identity; transgender or trans;” and “two spirit.”

While the grades 4-6 survey stops at gender identity, the survey for grades 7-8 survey goes on to inquire about the sexuality of the students.

The survey asks whether students identify as “LGBTQ2SIA+,” which they explain stands for “lesbian, gay, bisexual, transgender, queer, Two-Spirit, intersex, asexual, and more.” Students are able to reply “do” or “do not” identify as such, or that they are “still figuring it out.”

A section of the 7-8 survey also asks if students are treated respectfully by their teachers, and includes a question on whether teachers use their “preferred pronouns.”

True North’s Sue-Ann Levy – who herself identifies as “gay” and wrote the article exposing these surveys – characterized the questions as being “so far removed from the mission of school boards to teach students to write, read, add, subtract, divide, multiply and to think critically it is hard to look at it without despair.”

Levy also said that these surveys “demonstrate all the more that the TDSB has descended into this kind of woke social science experiment that is focused on victimhood, critical race theory and gender ideology.”

Canadian school children being bombarded with gender ideology has become an increasingly common trend since the rise of the LGBT movement in recent years.

Last month, LifeSiteNews reported on the recent data from Guelph-Wellington-Dufferin Public Health in Ontario, which shows that the number of students identifying as “non-binary” has tripled from 150 to 650 students – 3.5 percent of the total – in the last three years alone.

In another instance from last month, the vice chair of the Renfrew County District School Board in Ontario confirmed to LifeSiteNews that some students in the county had gone beyond “non-binary” or “transgender” identification, and are now identifying as animals.

Help Catholic Dad fight pro-LGBT Toronto School Board
Michael Del Grande, a trustee for the Toronto Catholic District School Board, needs our to resist the LGBT lobby. For the last two years, Mr. Del Grande has bravely fought the school board to restore Church teaching. Sustained lobbying by LGBTQ activists forced the school board to convict Mr. Del Grande for code of conduct complaints however. Please read more and consider donating by clicking below.