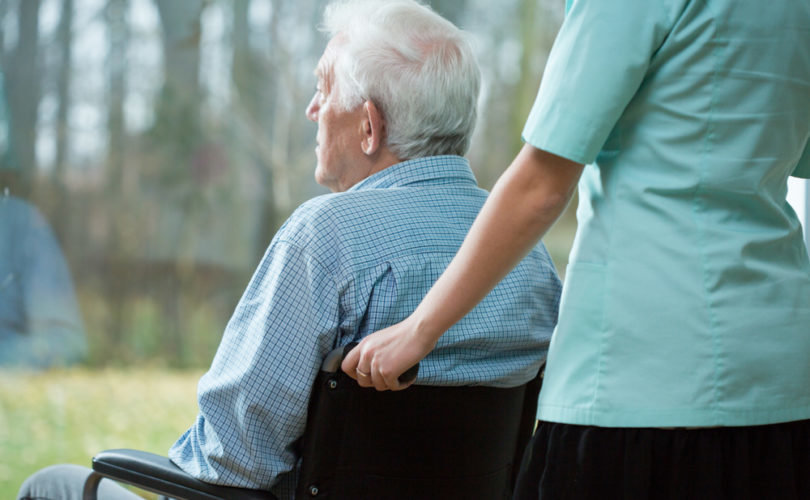 OTTAWA, June 9, 2016 (LifeSiteNews) — The Senate narrowly rejected an amendment Thursday that would have required a Superior Court judge to approve requests for euthanasia or assisted suicide from individuals who are not near death.

Proposed by Liberal Senator Serge Joyal, that amendment passed 40 to 31, after six hours of debate.

Joyal argued the government’s Bill C-14 was unconstitutional because the Supreme Court Carter’s decision did not confine eligibility for assisted suicide or euthanasia to those near death.

The Court ruled in February 2015 that the Criminal Code sanctions against aiding someone to commit suicide — or euthanizing the person — violated the Charter rights of competent adults who had a “grievous and irremediable medical condition” that caused “intolerable suffering” and who wanted to be killed by medical means.

The Liberal government’s Bill C-14, now facing third reading amendments in the Senate, defined “grievous and irremediable” as a serious and incurable illness, disease or disability; and that the individual is in an advanced state of irreversible state of decline, with natural death reasonably foreseeable.

According to Euthanasia Prevention Coalition executive director Alex Schadenberg, the term “natural death reasonably foreseeable,” had “little to no meaning.”

He suspected it was “only there in a political sense,” so that the Liberal government could claim it had set some limits to protect the vulnerable.

“It’s been a game, the whole thing has been a political game,” Schadenberg told LifeSiteNews. “The terminal illness restriction was a platitude at best.”

Moreover, the “worst parts of the bill have not been amended,” he pointed out. Those include the “bill’s language around the doctor deciding that you qualify: the bill says the doctor or nurse must be only ‘of the opinion’ that you fit the qualifications of the law.”

“That’s the lowest possible standard” of protection, he said. “In fact, it’s no standard at all.”

Moreover, as Schadenberg outlines on his blog, the bill’s Sections 227(2), 241(3) and 241(5) exculpates anyone doing anything to cause death by euthanasia or assisted suicide.

The Senate is expected to debate a number of amendments to Bill C-14, including conscience rights for health care practitioners. How long that will take, and what the bill will look like after the 86 senators are done is up in the air.

Once approved by the Senate, the amended bill goes back to the House of Commons.

But as Catholic academic Douglas Farrow argues in a May First Things article, “No peace with a wicked law,” those who may consider Bill C-14 supportable “with some regulatory tightening and some provision for religious or conscientious objection” should “think again.”

“First, C-14 is not a bill to limit an existing evil; it is a bill to establish an evil that does not yet exist federally in any legislated form,” writes Farrow, Professor of Religious Thought at Montreal’s McGill University.

Moreover, “no restricting amendments to Carter will long hold, because the logic of Carter is the logic of an autonomy that in the end can abide, and will abide, no restrictions,” observed Farrow.

“We have before us a bill establishing euthanasia because, some fifty years ago, we embarked on the path of killing the innocent to preserve the autonomy of the guilty. Now we are ready, in the name of autonomy, to kill ourselves,” he concluded.

“Bill C-14 would establish a killing-regime in Canada for liquidating citizens,” CLC states in its analysis. “Despite assertions to the contrary, there are no meaningful safeguards in Bill C-14 that would protect people from falling victim to this right-to-kill legislation.”