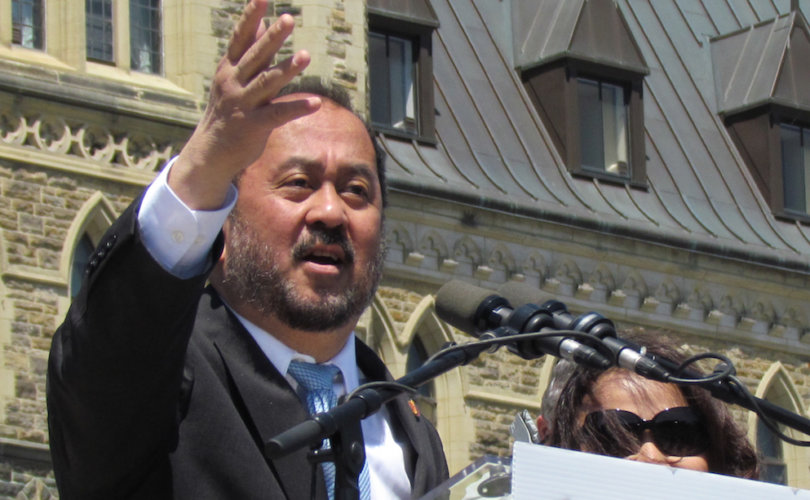 OTTAWA, April 20, 2016 (LifeSiteNews) — Several senators who oppose the Liberals’ draft legislation on euthanasia and assisted suicide either because it’s too broad or too narrow are prepared to delay the bill past the June 6 Supreme Court deadline.

Bill C-14 is intended to replace two sections of the Criminal Code prohibiting assisted suicide and euthanasia that the Supreme Court’s Carter decision struck down as unconstitutional in February 2015, a ruling that takes effect June 6.

Liberal House leader Dominic LeBlanc said the government is prepared to extend hours of debate, but he will use time allocations to push it through by the deadline, reported the Globe.

However, the Senate is in a unique position, because Justin Trudeau, as Liberal leader, threw Liberal senators out of his caucus a little over two years ago as a response to the debate over the Senate’s efficacy.

Consequently, Liberal senators now sit as independents, and Ontario Senator Peter Harder is the government’s representative in the Senate — but not government leader.

According to Plett, “technically, a government leader can implement time allocations” in the Senate, “but a government representative cannot.”

“And so when the time for time allocation comes, we will see whether [Harder] will again become the government leader, or whether he will continue to stay as the government representative,” Plett told LifeSiteNews.

“This will be very interesting.”

Senate study of bill might delay it past June 6

But senators publicly dissatisfied with C-14 seem unconcerned about meeting the June 6 deadline, after which the current law will be void.

“It’s not the end of the world if the bill doesn’t pass by [June 6],” Cowan, who criticized the bill as “narrow and restrictive,” told the Globe. “I would rather take whatever time it is to get the right legislation in place than rush something through which we know is flawed.”

“I don’t think medical doctors … are going to go out and start murdering the population. Is that the implication of not getting it done by June 6?” Ruth told the Globe.

“If a law is not passed by June 6, it will allow a patchwork of provincial legislation and regulations,” Unger wrote in an email to LifeSiteNews.

And that would be “preferable to blanket federal legislation which grants more access than contemplated by the Supreme Court, while failing to provide stringent safeguards for the vulnerable and the protection of conscience rights.”

“I absolutely support doing a thorough study of [the bill] no matter how long it takes,” Plett told LifeSiteNews.

While he hasn’t had time to study Bill C-14 in depth, Plett says one of his concerns is that the bill allows nurse practitioners to assist in a suicide or to euthanize people.

“At the same time, those of us who believe in the sanctity of life need to understand that the bill is much better than what the report was,” he said.  “And that’s largely because of our members in the other House and their dissenting report.”

Plett was referring to the joint parliamentary committee’s February 2016 report, from which the four Conservative MP members dissented.

That report recommended euthanasia or assisted suicide be available for mature minors in three years, that mental illness be a sole criteria for eligibility, and that Canadians diagnosed with degenerative diseases such as dementia be allowed to issue advance directives to be euthanized at a later date.

The Liberals’ Bill C-14 restricted eligibility for euthanasia and assisted suicide to competent adults aged 18 and over who have a serious and incurable illness or disability that causes intolerable suffering, are in a state of irreversible decline, and whose “natural death is reasonably foreseeable.”

The government announced it will study the contentious issues such as euthanasia for mature minors, for mental suffering alone, and the use of advance directives and will review the law in five years.

Enverga noted in an April 14 statement that he was “relieved” the Liberals did not follow all the committee’s recommendations, but had “grave concerns” with Bill C-14.

He is calling for an “additional judicial or tribunal stage” before a person is approved for assisted suicide or euthanasia “to ensure that all prerequisites have been followed.”

And he urged “that the related areas of proposed further study, including access to physician-assisted dying for mature minors and those with mental illness, are not continued and that these vulnerable groups will be protected against having access to the process.”

Plett is also opposed to further study of these controversial issues. The Liberals “have taken that out, but have clearly indicated that these are things that could possibly be added later,” he told LifeSiteNews.

“There, in fact, is the slippery slope.”

Is no bill better than the Liberal bill?

Alberta Conservative MP Michael Cooper told the Globe that he hasn’t decided if he will vote for the bill, but “it would be far better to have this legislation than nothing at all.”

But Alex Schadenberg, executive director of the Euthanasia Prevention Coalition, argues that Bill C-14’s alleged “safeguards” are “a game, an illusion.”

“Every little safeguard they stick in there, there’s alway a ‘but,’ to it,” he said, adding that Bill C-14 “uses double language throughout. What will that actually mean in the end? It means that the bill means nothing, and that’s the terrible thing about it.”

“You need a bill you can actually put your hand on and say, ‘Whether I like it or not, this is what it says.’ And we don’t have that.”

Moreover, the legislation does not protect conscience rights of healthcare workers, Schadenberg said.

“Is this bill better than no bill? I simply cannot answer that question,” he told LifeSiteNews. “We are in a quagmire. The Supreme Court opened up a kettle of fish. We don’t know what happens if they don’t have this bill.”

Campaign Life Coalition’s position is that “MPs should vote against the bill because it condones killing,” says CLC vice president Jeff Gunnarson.

CLC also asks MPs to request the government invoke the notwithstanding clause to override the Supreme Court decision for five years.

All parties have said they will allow a free vote on the bill.