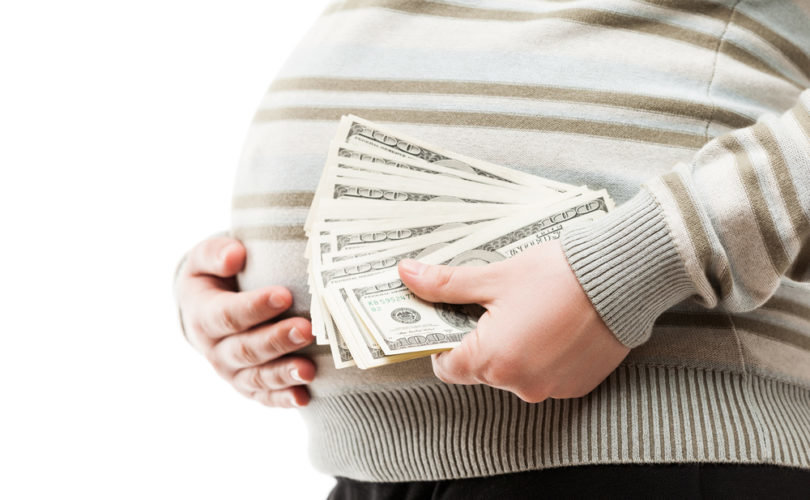 September 11, 2015 (LifeSiteNews) — Canada, with its publicly funded health care system, is fast becoming a hotbed for surrogacy as overseas countries such as Thailand, Nepal, and India have enacted legislation aimed at cracking down on rampant abuse suffered from well-off westerners with a record of exploiting poor women for their baby-making capacities.

Surrogacy in Canada Online owner Sally Rhoads-Heinrich told National Post last week that her agency has been “overwhelmed” with what she said was a 10-fold increase in business in the last couple of months due to the suppression of international surrogacy arrangements overseas.

Canadian Fertility Consultants CEO Leia Swanberg also told National Post that demand for surrogacy in her business has recently increased by 25 percent due to “intended parents” facing insurmountable hurdles overseas. For instance, in July Thailand banned commercial surrogacy after an Australian couple abandoned their biological son born of a Thai surrogate who had Down syndrome, while taking the boy’s healthy twin sister.

While Canada’s 2004 Assisted Human Reproduction Act (AHR Act) prohibits for-profit surrogacy in Canada as well as exchanging money for the arrangement of the services of a surrogate mother, this has not stopped Canadian surrogate agencies from providing “surrogacy services” for exorbitant fees that could cost the “intended parent” tens of thousands of dollars.

“We recommend intended parents have at least $60,000 budgeted to do gestational surrogacy in Canada,” Rhoads-Heinrich’s website states.

While Canadian law, except in Quebec, allows for ‘altruistic’ surrogacy where the surrogate mother receives no fee for carrying somebody else’s child, agencies such as Surrogacy in Canada Online claim that surrogate mothers can claim expenses such as “lost wages” that they say could amount to $25,000 and more.

Alison Motluk writing in Toronto Life called it a “stretch” to suggest that surrogacy in Canada is non-commercial.

Despite having laws to curb commercial surrogacy, it was not until last year that Canada’s first conviction under the AHR Act took place. Ontario fertility agency owner Leia Picard pleaded guilty to purchasing women’s eggs, paying surrogates for their services, and taking money to arrange surrogacies. She was convicted under the AHR Act and fined a combined $60,000. Court documents show that Picard, who ran Canadian Fertility Consultants at that time, paid a fee per month to surrogates regardless of actual expenses incurred and for expenses unrelated to surrogacy.

To govern what expenses can be legitimately claimed by surrogates and donors under the AHR Act, a draft set of standards have been recently put forth by The Canadian Standards Association (CSA), an independent organization. Fertility agencies say they are not pleased since the standards could dry up all business. CSA is accepting public comment on the proposed changes until September 15.

While surrogacy is often portrayed by its advocates as a win-win situation for both intended parents and the surrogate mother, evidence reveals a darker side to the process, especially when it comes to the well-being of the child.

In 2014, Jessica Kern, who was a child born of a surrogate mother, told LifeSiteNews that her life story exemplifies why surrogacy is “wrong.” After Kern was born, her birth mother fled with her out of state to avoid having to give the child to her biological parents who had paid for the service. Kern’s discovery of her origins in her teenage years left her devastated and feeling like a commodity.

“It really is the buying and selling of babies, and the commodification of women’s bodies,” she told LifeSiteNews at that time.

“The primal wound is what happens when you separate a baby and its mother,” she said in a 2014 interview. “Babies know their own mother through all their senses, and when for some reason … the baby is separated from that mother, the prenatal bonding is interrupted, there is a trauma that happens to both the baby and the mother, and they both feel as if something is missing within them.”

In a 2014 documentary titled Breeders: A Subclass of Women, producer Jennifer Lahl, who is president of the Center for Bioethics and Culture, interviewed both surrogates and children born from surrogacy. The documentary reveals how surrogacy degrades pregnancy to a service while turning a baby into a commercial product.

“The exploitation of low income women and the trafficking of babies is a serious concern. It is literally, the buying and selling of children.”

“Make no mistake, it is the rich who buy and the poor who sell – and the ‘product’ is a child. While Canada is concerned about the financial drain on their national healthcare system, the solution is to stop surrogacy now. Nothing less will solve this human rights abuse,” she said.