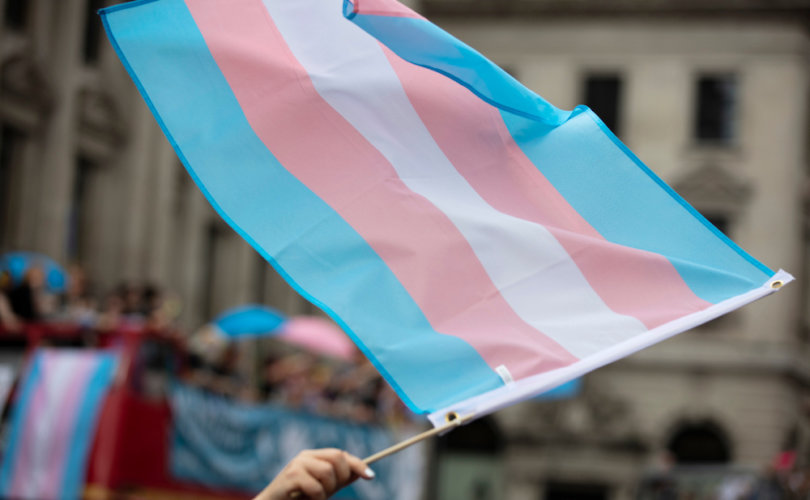 OTTAWA (LifeSiteNews) – A Canadian tribunal has ruled that a young girl who was traumatized by radical gender ideology after her teacher told her class there was no such thing as “boys and girls” did not have her rights violated. The young girl’s mother said the ruling shows that parental rights “don’t exist” in Canada.

The Ontario’s Human Rights Tribunal (HRTO) ruled that the teacher, from the Ottawa-Carleton District School Board, was okay to show her Grade 1 class a gender-bending, ideologically-driven video about the concept of “gender fluidity.”

“We’re extremely disappointed with the result. Our daughter continues to recall that the lessons were very upsetting. The idea that ‘everyone has a gender identity’ which the HRTO declares in their ruling is further evidence that a new political dogma is being imposed on all of us, including 6-year-old children in our education system,” said the young girl’s mother, Pam Buffone, to LifeSiteNews.

“A girl can go to school knowing she’s a girl and come home unsure of who she is because schools are meddling with children’s identities by completely disregarding biological reality as a relevant and important personal characteristic – now with the full support of the HRTO,” Buffone said.

Adjudicator Eva Nichols said that her ruling was centered around whether the young girl had faced discrimination at the hands of the teacher and school.

“It is clear that what (the girl’s) parents are seeking was not a clarification or correction for their daughter, but systemic changes to the school board’s policy and to an educational system that in their opinion should not allow such concepts as ‘gender fluidity’ to be addressed in the classroom,” concluded Nichols.

Nichols wrote that “the Application is dismissed,” saying that “I do not find that her parents’ allegations that she was dehumanized by the teacher’s statement either credible or reliable.”

In 2019, Buffone took the Ottawa-Carleton District School Board to the HRTO after her then-six-year-old daughter was traumatized by gender ideology lessons. Buffone said her daughter had been discriminated against.

In the video, it is stated that “some people aren’t boys or girls,” along with messaging that there are people who do not “feel like a ‘she’ or a ‘he.’” The teacher then reiterated to the class what the video had said.

According to the Buffones, their daughter, who had become very upset, told them her teacher said that there’s no such thing as “boys and girls.” The young girl then asked her parents to take her to the doctor so that she did not have to become a “mom” when she grew up.

The girl’s teacher admitted that she told the class “There’s no such thing as boys and girls” as the topic of so-called “sex changes” had come up in class.

Buffone said to LifeSiteNews, “Can a teacher tell a class that a boy who likes to wear dresses might be happier if he was a girl?”

“We asked this question at the hearing. Their answer ‘I don’t know’. We need and deserve guardrails on this topic,” she noted.

As for the Ottawa-Carleton District School Board, it claimed the tribunal ruling shows their teaching policies do not go against the human rights code.

“The decision affirms the importance of nurturing learning environments for students of all ages, that are inclusive and representative of all gender identities,” said the school board in an email.

Ontario’s Human Rights Code bans harassment along with the discrimination of a person based on “their gender identity” in providing services, accommodations, and contracts.

The adoption of what are termed “trans-inclusive” pronouns has been heavily promoted by those in the LGBT movement. This is despite the hard reality of one’s biological sex, as well as many people’s religious beliefs that God created “man” and “woman.”

Such pronouns are also promoted even though, statistically speaking, only 0.33 percent of Canadians identify as “transgender” or “non-binary,” according to recent data.

The proliferation of the use of trans pronouns has been on the rise in recent years, notably in public education.

Last month, the government of Prime Minister Justin Trudeau said it would fund LGBT groups to the tune of $100 million.

Buffone runs the Gender Report Canada website and in recent years has challenged how the school board and education systems in Canada have been forcing “gender ideology” on kids in the classroom.

“We are a group of parents and professionals concerned about the medical transition of children, the introduction of gender identity teaching in our schools and the changing legal landscape that replaces biological sex with the subjective notion of gender self-identity,” reads the website.

She told LifeSiteNews that “parents shouldn’t be fooled – our rights are non-existent.”

“It’s very frustrating that our society has become so polarized. We need to be able to have rational and reasonable conversations about this topic, including with our children. And if schools are going to have those conversations, then the manner in which they do so should be transparent to parents,” said Buffone.

“The HRTO completely mischaracterized our intent with the guardrails stating that we wanted to ‘avoid the topic of gender fluidity’. All we’re asking for is balance and recognition that teachers need clear and reasonable guidance in terms of how these sensitive topics can be discussed and taught in class.”

Buffone added that her daughter “loved school” and when she came to them saying her “teacher said that there’s no such thing as girls and boys,” she was “visibly upset.”

“We knew something was wrong. She had never before expressed any distress over anything that happened at school,” Buffone told LifeSiteNews.

Lisa Bildy, who serves as the Buffones’ lawyer, said she did not welcome the ruling.

“Quite frankly, there is an irreconcilable clash of worldviews in our society right now,” noted Bildy as reported by the National Post. “And that is reflected in this decision.”

Bildy noted how respecting the inherent “human dignity of gender-diverse people, through inclusion and acceptance” is a very different goal than “inculcating all children into thinking that their sex is a fiction or that they must have a gender identity.”

Last week, after news broke of the tribunal’s ruling, Bernier blasted it, saying Canadians indeed are in a “culture war.”

“This gender fluidity nonsense will stop when parents and the rest of society realize how crazy and destructive it is, and when they pressure their schools, school boards, and politicians to end it,” tweeted Bernier. “It’s a cultural war.”

Twitter user Harry Roth wrote, “I voted Liberal, then Green, and now I find myself siding with Maxime Bernier as the sole federal party leader that will protect children. The world is upside down.”

Chris Elston, a Canadian activist for children against gender “transitioning,” said the recent tribunal ruling shows that Canada is “lost.”

“Canada is lost. A Grade 1 teacher taught that there is no such thing as girls and boys, and the court found in her favour,” tweeted Elston.

“We need an upheaval of our entire political class. Not one single Member of Parliament has the brains or courage to object to this.”