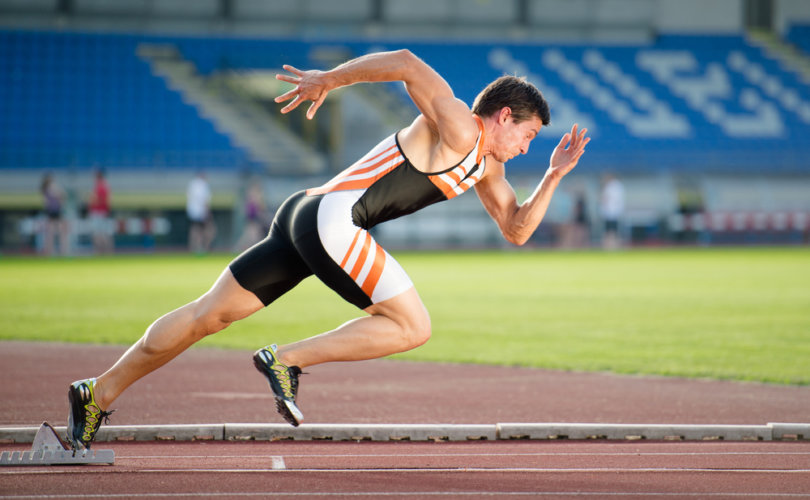 “Effective immediately, U SPORTS student-athletes will be eligible to compete on the team that corresponds with either their sex assigned at birth or their gender identity,” states U Sports' September 26 “inclusive” transgender policy.

The policy makes it clear that men only need to identify as a “female,” without surgery or hormones, to compete on a women's team.

“U SPORTS’ approved policy does not require student-athletes to undertake hormone therapy in order for them to compete in the gender category that is consistent with their gender identity,” the policy states.

Gwendolyn Landolt, national vice-president and legal counsel for Real Women of Canada, said that the policy defies all common sense and will leave female athletes squaring off against biologically-male opponents who will have a physiological advantage.

Young women are going to be crowded out of university sports by men who identify as “women” and are now allowed to join women's teams on most Canadian university campuses, she said in an interview.

“It's mindless. What they're doing is ending competitive sports,” said Landolt. “There is no way that men and women are equal physically.

“It's not just muscle mass. Men's hearts are bigger. Their respiratory system is different. Their bodies are constituted differently – and that's the bottom line,” she said.

The policy appears to be turning a blind eye to the likely advantages high testosterone levels in men who identify as “women” will have on their ability to compete against women. The policy does not consider that biological men with normal levels of testosterone may have greater muscle mass as a result.

“The hormone suppression treatment that is required in some transgender policies – but is not required in U Sports’ transgender policy – does not relate to, deal with, or control, muscle mass,” claimed U Sports' senior manager of marketing and communications Ken Saint Eloy.

The U Sports spokesman also said the organization decided not to require that transgendered athletes be on hormone therapy based on a document from the Canadian Centre for Ethics in Sports.

“That guidance document, written by an expert working group made up of Canada’s top subject matter experts in this area, concluded that transgender policies that do require surgery or hormone treatment are not supported by direct scientific evidence that hormone levels significantly and consistently impact athletic performance,” said Eloy.

But, according to Landolt, the transgender community is trying to convince Canadians to suspend all common sense and accept something she says is unreasonable.

“It's ludicrous to think that men and women are physically the same,” she said. “No-one should go along with this even if it offends the feelings of the transgendered.”

The Real Women vice-president is also warning young female athletes who identify as “men” to stay clear of trying to compete against real males on the football field or other contact sports.

“She'll be killed,” said Landolt. “She can try but she'll never succeed.”

“I would object to the sports department of the universities and start petitions and letters going,” she said. “This is preposterous and completely unacceptable.”