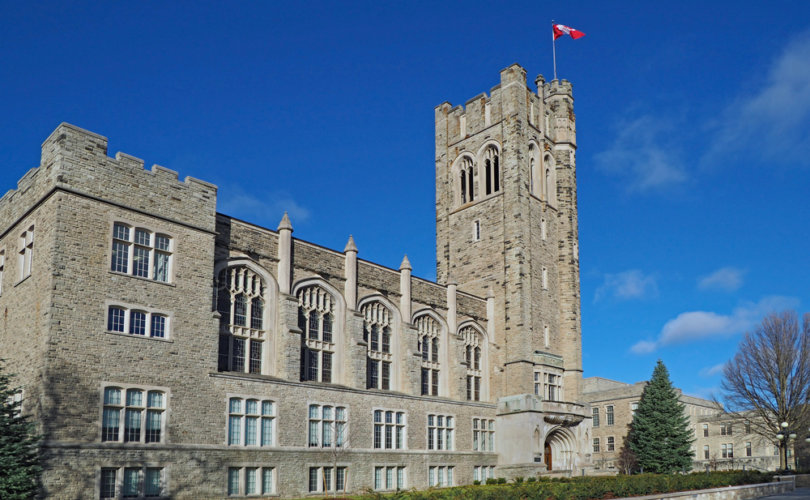 (LifeSiteNews) – Multiple Ontario universities have decided to reimpose COVID-era mandates for the upcoming fall semester, but unlike previous years, most schools are forgoing such measures.

Wilfred Laurier University in Waterloo, Ontario and Western University in London, Ontario have both announced they will be reinstating mask mandates for everyone on campus during the upcoming fall semester. However, many other major universities have decided to leave masking optional, suggesting the COVID narrative in academia is less monolithic than it once was.

Western also announced they will require students to have a third experimental COVID injection, and the University of Toronto has similarly informed students that they need “at least one booster dose” before moving to campus this fall.

While most schools have remained silent on the issue of mandates, some schools such as the University of Guelph have come out to say that they will not be requiring students and staff to wear masks or show proof-of-injection, a policy they did enforce last school year.

After the University of Toronto’s latest vaccine mandate announcement, a collection of doctors from the Canadian Covid Care Alliance wrote an open letter to the school’s president demanding a justification for the implementation of the “meaningless” measure.

The letter, signed by over a dozen doctors — including those with specialized training in immunology, epidemiology, biomedical research and microbiology — brings up the lack of transmission prevention of the shots, their potential adverse effects, the reality of natural immunity and the ineffectiveness of masking as proof that such mandates are “grossly discriminatory,” unreasonable” and have “no scientific foundation.”

The university has not issued a response to the letter.

As reported by LifeSiteNews, despite promotion from health authorities and other institutions, COVID vaccine trials have never produced evidence that vaccines stop infection or transmission. Moreover, a growing body of data continues to show that vaccine mandates and passports have been failed strategy for tackling the highly-survivable virus.