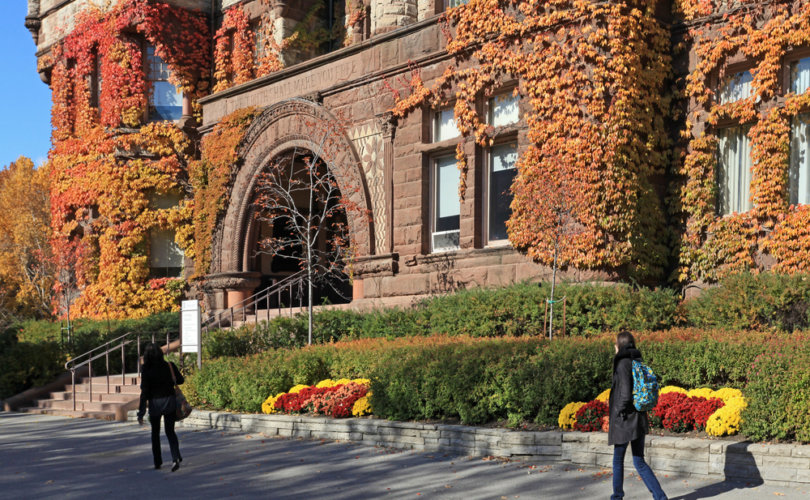 OTTAWA, September 22, 2016 (LifeSiteNews) – The organization representing most Canadian institutions of higher education for a century is poised to enact regulations making it virtually impossible for Christian universities to belong, turning its collective back on the history of education in Canada, where most older universities were faith-based.

Universities Canada, until recently the Association of Universities and Colleges Canada, is a voluntary organization that advocates for its 97 member schools. Although it has no legal powers over higher education, UC has been described by some members as a “de facto accrediting body” because membership conveys respectability and legitimacy for not only the institutions that belong but professors at those schools seeking grants and graduates seeking placement.

UC’s board has recommended a draft bylaw and a matching policy to its membership that some are warning will force its Christian members to quit the organization or drop policies requiring staff and faculty to adhere to Christian moral teachings.

Father Raymond de Souza, a Catholic priest who is the National Post’s faith correspondent, warns that “the secular behemoths that dominate our university scene will be untouched by this bylaw. Instead, it threatens the most vulnerable of our post-secondary institutions, the small, faith-based institutions.”

The proposed bylaw, which will be voted on by presidents of member schools in October, prohibits discrimination in hiring or admission on the usual human rights grounds: “race, religious beliefs, colour, gender, physical or mental disability, age, ancestry, place of origin, marital status, family status, sex, and sexual orientation.”

But along with the bylaw comes a new policy. “The institution will not use any exemptions for bona fide occupational requirements in an employment relationship to discriminate based on Protected Grounds, whether or not such exemptions would otherwise be permitted under applicable human rights law.”

This means, according to de Souza, and to the Christian think tank Cardus, the abandonment of the balancing act conducted by courts and human rights tribunals that weigh the religious freedom of sectarian institutions against the beliefs and sexual practices of current or potential employees. It means abandoning recourse by Christian schools to the human rights laws and jurisprudence long established.

Says Universities Canada’s website, “A faith-based institution hiring based on faith can continue to do so; however, it cannot require a candidate to be never-divorced as a bona fide occupational requirement, as this would be discriminating based on the protected ground of marital status.”

Universities Canada offers other clarifications that strongly suggest religious schools are the target of the bylaw. In a “questions and answers” page on the bylaw on its website, for example, it declares that women-only schools and “ameliorative” programs to promote women or First Nations scholars will not be prohibited by the bylaw, even though these clearly discriminate “based on Protected Grounds” of sex or ethnicity.

Moreover, the website acknowledges the genesis of the policy lies in the hostility of Universities Canada’s members to Christian schools. “Over the past decade,” it explains, “the issue has become more important for Universities Canada to clarify. During this time, Universities Canada has had several applications from prospective members that require faculty, staff and/or students to conform to a statement of faith and/or related code of conduct.”

All have been rejected by either the board itself or the membership, according to Universities Canada. The proposed bylaw was an effort to codify these votes.

But the bylaw, points out de Souza and Cardus, eliminates the religious rights of Christian universities as recognized by human rights law. Says Cardus, just as “a political party can legitimately require staff to forgo membership in competing parties, religiously-inspired organizations also rely on these exemptions to maintain their identity. Laws sorting through how this works have been carefully developed over time,” that direct judges and tribunals to decide on a case-by-case basis whether an institution’s religious right to discriminate should count for more than an individual’s right to, for example, a sexual behaviour that violates Christian teaching.

Would Trinity Western University, the British Columbia Christian school that is currently in the courts defending its right to a Christian code of behaviour, lose that right automatically under this bylaw — and the right to defend it in the courts? TWU spokesman Earl Phillips won’t say, but he did tell LifeSiteNews that “Trinity Western was proposing an alternative to the bylaw which would be in accordance with Canadian law.” That is, it would allow, as Canadian human rights law does, for Christian schools to discriminate in hiring and firing on the basis of their religious beliefs.

Not everyone agrees the bylaw is a problem. Terry Schellenberg, the vice president for external affairs at Canadian Mennonite University in Winnipeg, told LifeSiteNews, “We have every confidence our message, our ethos and our programs can carry on,” if this bylaw is passed. He spoke of the need to build bridges with other UC members with the message that “religious freedom is not that different from academic freedom.” Schellenberg would not say whether CMU would vote for the bylaw.

But Michael Van Pelt, the president of Cardus, writes, “It seems clear that Universities Canada, in the name of non-discrimination and inclusion, is prepared to diminish the rights of Canadians to form and participate in institutions that have been carefully earned through history and protected by legal jurisprudence.”