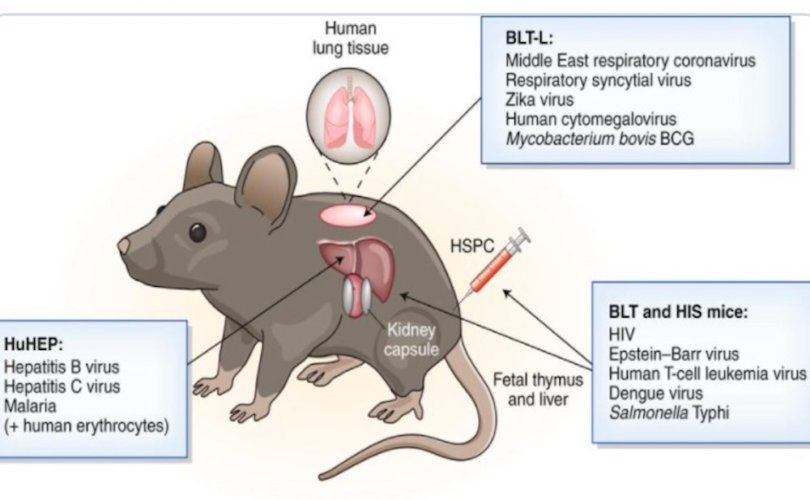 SASKATOON, Saskatchewan (LifeSiteNews) — New research papers have been published stemming from government-funded “humanized mice” experiments at the University of Saskatchewan, with Canadian taxpayers on the hook for controversial medical research using the organs of aborted babies.

Dr. Kerry Lavender is an Assistant Professor Biochemistry, Microbiology, and Immunology at the university’s College of Medicine, where her official bio identifies humanized mice as one of her areas of focus, crediting her with “develop[ing] the TKO-BLT humanized mouse model for the discovery and evaluation of HIV-1 therapeutics and HIV-1 cure strategies” in conjunction with the United States’ National Institute of Allergy & Infectious Diseases (NIAID) at the National Institutes of Health (NIH).

Such experiments, which have been a subject of controversy for years in the U.S., entail implanting human fetal tissue and stem cells into mice to give the animals more human-like immune systems for the purpose of testing drugs.

Vote Family reports that in 2020, Lavender received $317,258 in grant money from the federal Canadian Institutes of Health Research (CIHR) for more humanized-mice studies, this time involving the grafting of human fetal lung patches subcutaneously onto the shoulders of immunodeficient mice. Lavender, who has called her creations “cute,” reportedly has more than 150 such mice.

Julie Collorafi, a Denver-based former Certified Respiratory Therapy Technician who studies and works to raise awareness of unethical experiments using human embryos and fetuses, reports at Fetal Industry that Lavender has published two studies on her findings so far this year, one published January 1 in HIV Reservoirs and the other listed as publishing March 2022 in AIDS magazine. The former also relied on NIAID funding.

Collorafi laments that the full text of the papers is not freely available, hindering efforts to determine where the University of Saskatchewan procured the necessary supply of fetal organs, but writes that it is “very interesting that her TKO-BLT mice are being used in HIV studies, given that HIV has suddenly reappeared in the news with warnings that some coronavirus vaccines could increase susceptibility to HIV.”

In America, a Food & Drug Administration (FDA) notice surfaced in 2018 detailing a contract to the fetal tissue procurement firm Advanced Bioscience Resources, Inc. (ABR) to acquire “Tissue for Humanized Mice.” Dozens of pro-life leaders and House members successfully pressured the FDA and U.S. Department of Health and Human Services (HHS) to terminate the contract, but concerns remained over nearly $100 million in tax dollars that continued to pay for other research using tissue and organs from aborted babies.

In response, the Trump administration pledged to review the relevant funding and organizing via listening sessions with scientists, ethicists, and pro-life groups on the research.

“Lavender worked for the NIAID’s NIH, almost infamous due to its current Director Anthony Fauci, where she developed the humanized mouse model in California but due to President Trump’s ban on fetal research, Lavender took the mice to Saskatoon, Canada,” Vote Family notes.