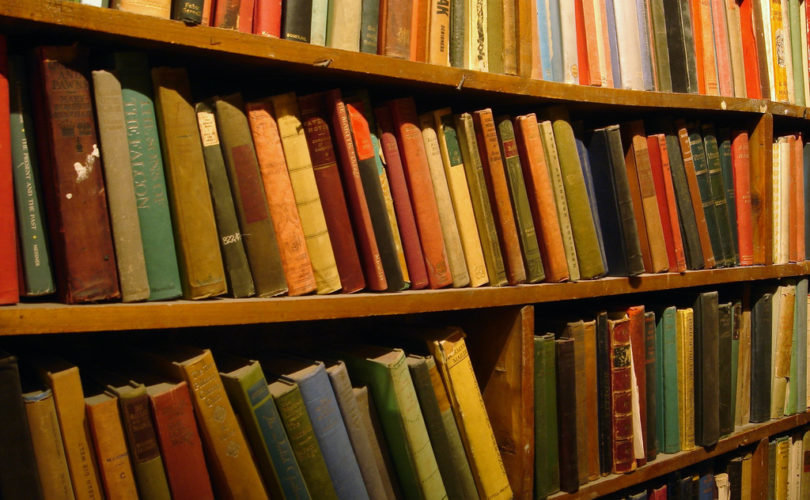 MONTREAL, April 24, 2019 (LifeSiteNews) — A  Harvard professor says a Canadian university disinvited him as speaker because he’s a “white male conservative” with controversial opinions on feminism.

Concordia University’s Liberal Arts College invited Harvey Mansfield, a professor of government renowned for his scholarship on political philosophy, to speak at its 40th anniversary gala planned for May.

However, after former students threatened to boycott the event if Mansfield was speaker, the college decided in February quietly to postpone the event, reported Canadian Press.

The incident flew under the radar until Mansfield published an op-ed in The Wall Street Journal on April 15 contending he was disinvited because of his views, sex, and skin colour, it reported.

“The invitation was a surprise, and the rejection less of one, because I am a white male conservative professor,” wrote Mansfield, who has been teaching at Harvard for 50 years and was invited to speak on “the study of great books to which that college is devoted.”

LAC principal Mark Russell told Mansfield in a letter only that the selection committee “acted precipitously” in inviting him, and after speaking with some alumni and faculty, was “unable to reach consensus as to what we wanted to achieve with this event,” so had put off the gala, he wrote.

“No disinvitation, no insult, hence no apology except for inconvenience. Also, no broken promise, no suppression of free speech, and no violation of academic freedom. Mr. Russell and his college were guiltless and safe,” Mansfield wrote.

But the Harvard professor discovered from other sources that Concordia’s LAC faculty met after 12 alumni sent them a letter asserting his “scholarly and public corpus … heavily traffics in damaging and discredited philosophies of gender and culture. Promoting ‘the primacy of masculinity,’ apparently a reference to my book Manliness, attracted their ire,” wrote Mansfield.

“Though I was to speak on great books, not gender, this ‘trafficking’ — as if in harmful drugs — disqualified me without any need to specify further,” he observed.

“Such sloppy, inaccurate accusation was enough to move a covey of professors to flutter in alarm.”

Russell told Canadian Press in an email that the college heard from “a diversity of voices” from among its alumni, a number of whom threatened to boycott the gala if Mansfield gave the address.

“We heard from many that they would not attend the event because they objected to the views he has expressed publicly on women and homosexuals,” wrote Russell.

“A majority of LAC faculty decided it was best NOT to have Professor Mansfield give the keynote address at the College’s reunion since it is intended to be a time of celebration and unity.”

Not everyone agreed with the decision, Canadian Press reported.

Julie Amblard, president of the college's alumni society; Frederick Krantz, co-founder of the college; and current professor Eric Buzzetti wrote a letter in February to alumni denouncing the move, it reported.

“We are saddened that some alumni of the (Liberal Arts College) thought it appropriate to attempt to silence a scholar with whose views they happen to disagree. …We are also saddened that their attempt was successful,” they wrote.

Professor Robert George of Princeton also took to Twitter to object to the decision, reported Townhall.

Now this. This is insanity. Harvey Mansfield is one of the most accomplished scholars and eminent teachers of political philosophy in the world.https://t.co/l9xqdQbgcY

Mansfield included some of his thoughts on feminism in his WSJ op-ed insofar as they have “relevance to my Canadian adventure,” even though the “new doctrine of feminism in which women are essentially the same as men, except that women have all virtues but no characteristic defects and men have no virtues and terrible defects, has little appeal to me either as fact or right.”

Feminism “is not so much an attack on ‘toxic masculinity’ as on feminine modesty,” he wrote.

“To feminists, modesty diminishes women’s power and keeps them dependent on men. Yet it is to be replaced by the notion of a ‘safe space’ that will protect women and liberate them from the need to defend themselves in the hostile environment presupposed by the so-called virtue of modesty,” added Mansfield.

“A moment’s reflection suggests a certain resemblance between the old-time feminine modesty and the newfangled safe space. In both, women are dependent on men to defend them — whether they are old-school gentlemen or sensitive men like Mr. Russell.”

However, “feminism is not the only source of intolerance in the universities today — nor the only reason for my disinvitation,” he wrote. “It is joined by the notion that free speech is an expression of one’s power rather than a contribution to truth or toward a reasonable settlement.”

Mansfield was a student in the 1950s when universities resisted “McCarthyism,” he pointed out.

“I little thought that I would now in my old age be qualified for exclusion from Concordia University in our free neighbor to the north, not as the member of a conspiratorial organization serving an enemy power, but simply for holding opinions shared by half the American — and perhaps the Canadian — population.”